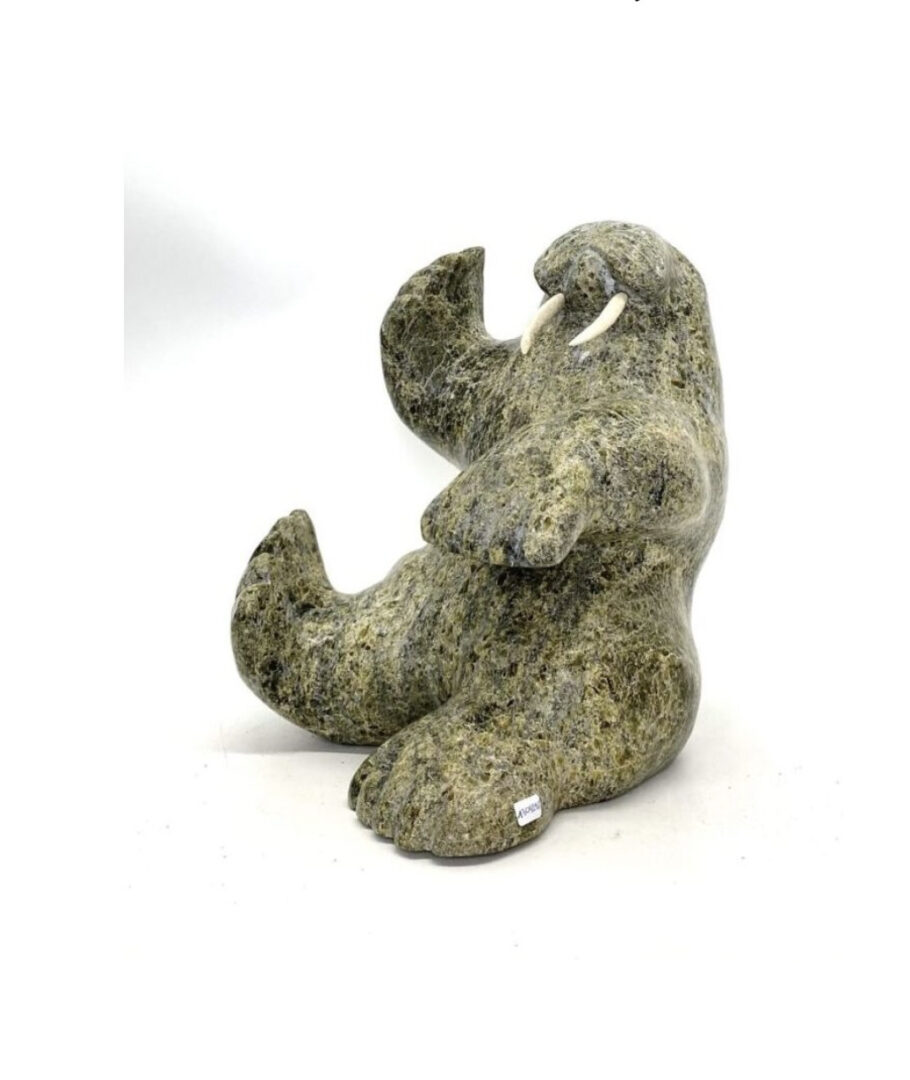 Grandson of the legendary hunter and artist Kiakshuk, Aqjangayuk Shaa (Axangayu; Aksangayuk; Aqyhagayu; Arrangayjuke; Aukjangarkjuk) began carving at the age of seventeen. Following a brief period of experimentation with printmaking – culminating in a print for the Cape Dorset Annual Collection in 1961 – the artist devoted himself entirely to sculpture. His work was included in the traveling exhibition “Inuit Sculpture: Masterpieces from the Canadian Arctic”, in the early 1970s. Since then he has exhibited widely.

Shaa, elected to the Royal Canadian Academy (RCA) in 2003, was part of the first generation of Inuit artists. Throughout the world, his works are included in important private and public art collections. In 2000, one of his dancing walrus sculptures was given to the people of Australia to celebrate sixty years of diplomatic relations between the two nations. One often finds, alongside his art, the works of his sculptor sons, Pudlalik, Qiatsuq, Alariaq and his adopted grandson Qavavau. He taught them all to carve in the traditional way; while observing.

The dancing animal was one of Shaa’s favorite themes. His understanding of balance as well as the innate elegance of his style are evident in his designs. Although imbued with a strong sense of mass, bears, walruses, owls, and caribou are animated and sculpted with consideration and attention to fluidity in animal movement. However, his favorite subject to carve was the walrus.

Various pieces by Aqjangayuk Shaa can now be seen among several prestigious collections, including the Museum of Fine Arts of Canada as well as that of Montreal, the Dennos Museum Center, the Metropolitan Museum of Art, the Canadian Museum of Civilizations, the Prince of Wales Northern Heritage Center and more. 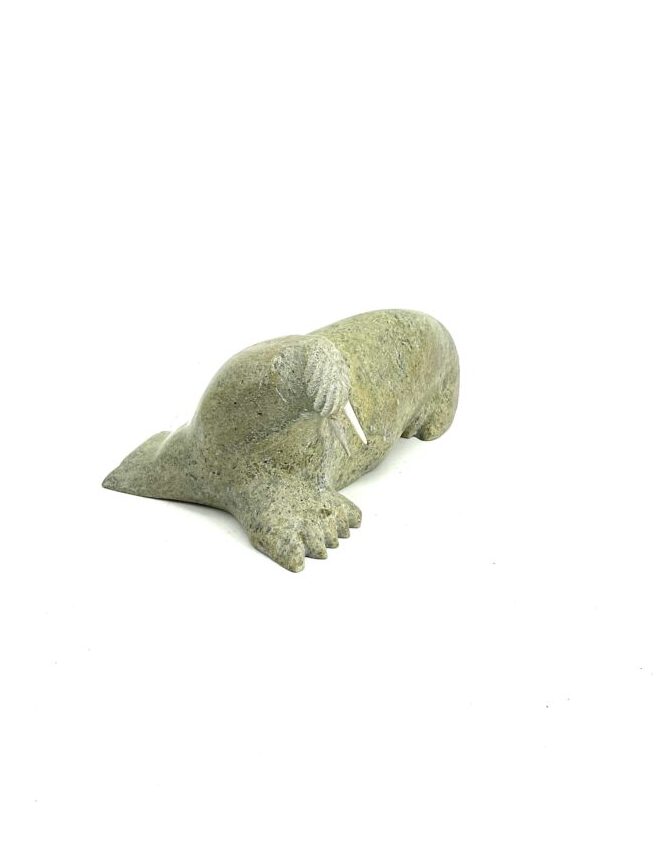 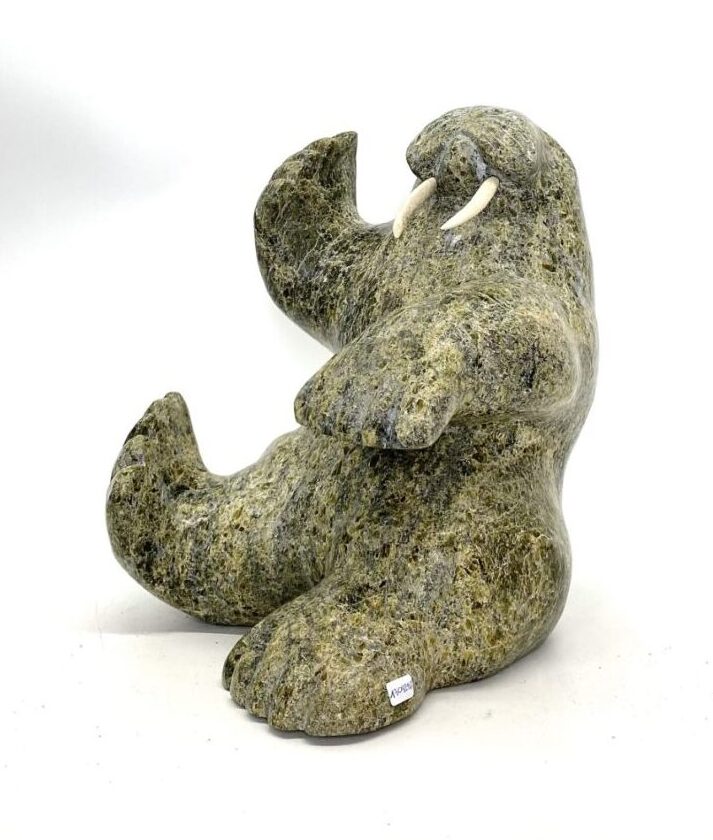 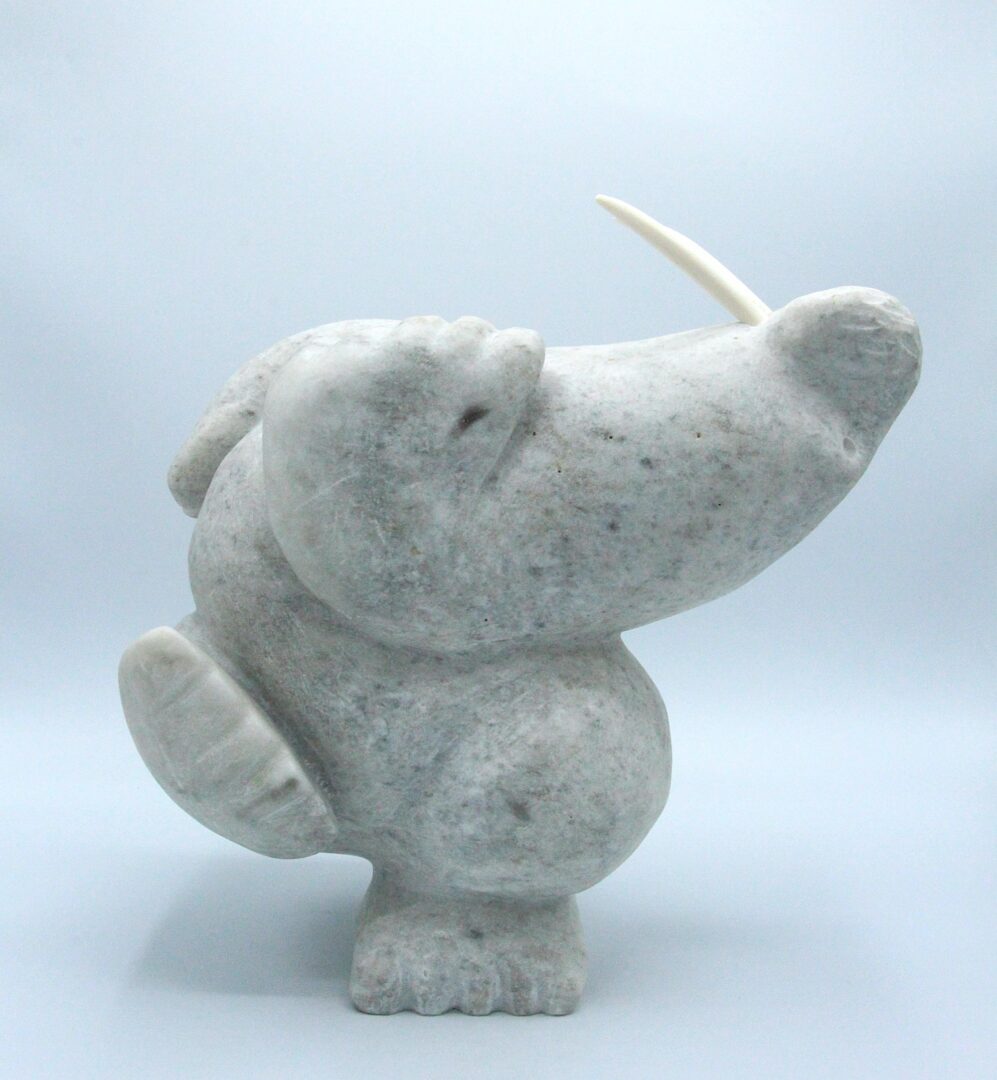 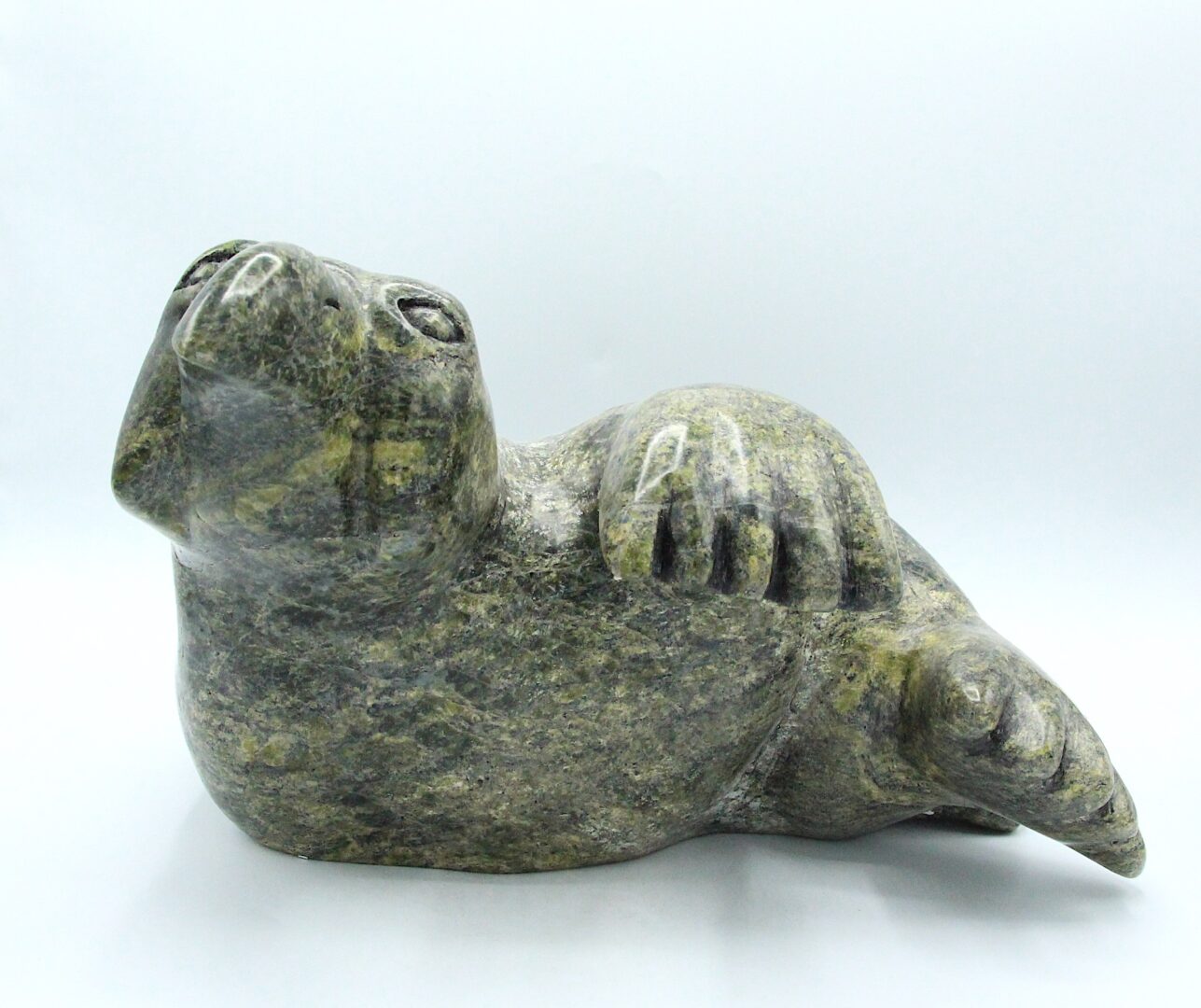 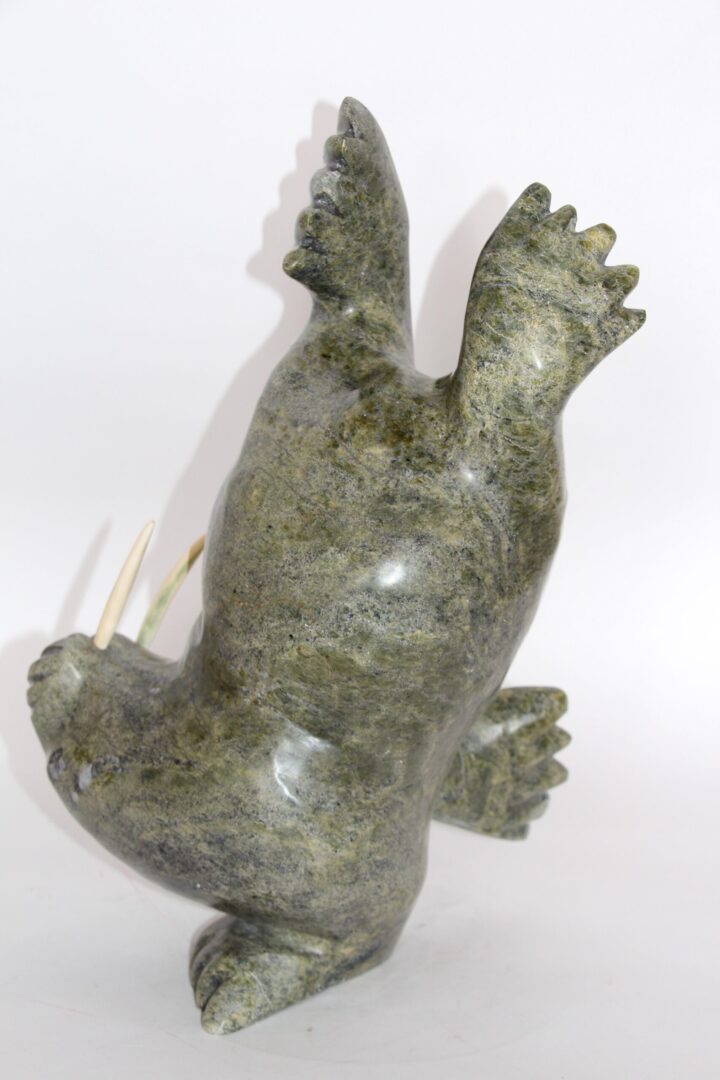 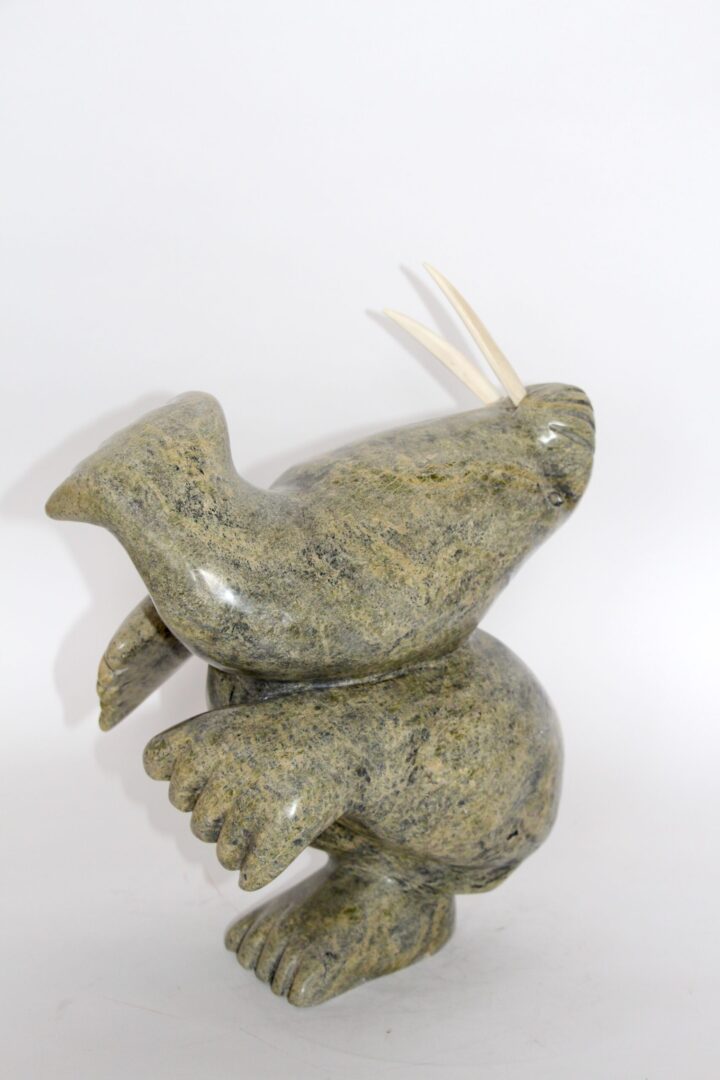 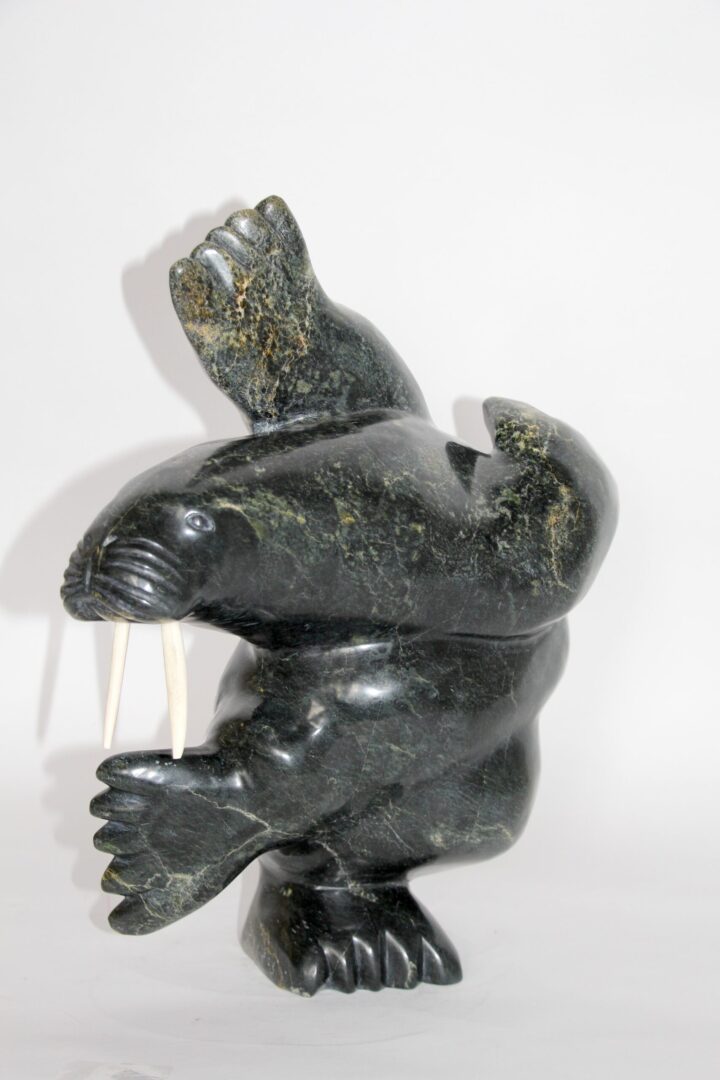