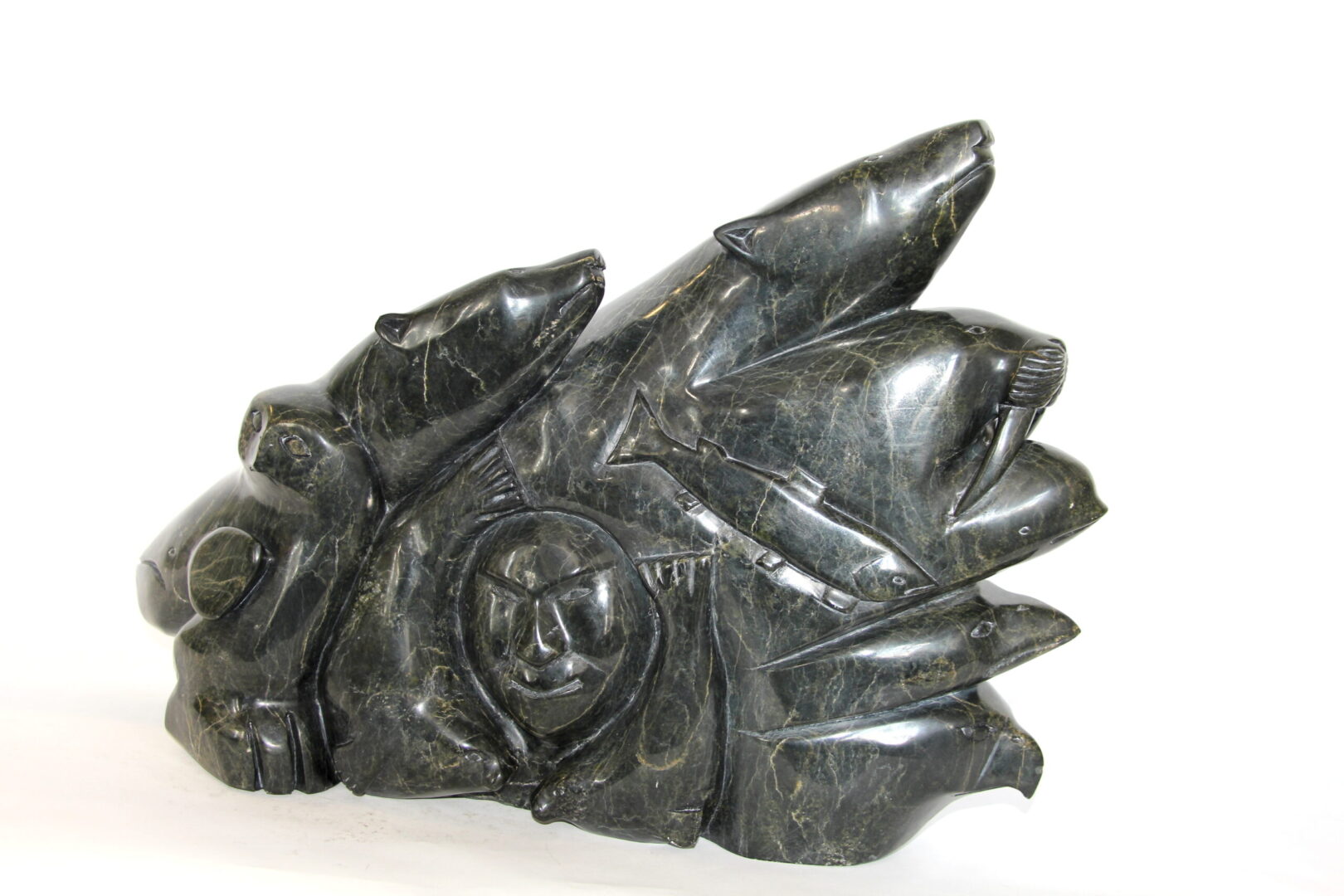 Son of artists Mayureak and the renowned sculptor Qaqaq Ashoona, Ohito Ashoona (Okituk; Ohikto; Oquituk; Oqituk) learned to sculpt from his father and his uncle, the famous Kiawak Ashoona. Ohito started carving when he was around twelve, and his love for the land is evident in his work, which features a wide range of wildlife. In 2002, he received the National Aboriginal Achievement Award in the Visual Arts.

Coming from such a prestigious family of artists, it was certainly inevitable that Ohito would follow in his family’s footsteps and embark on the art of sculpture. He spent his formative years in an outpost camp near Cape Dorset. He led a predominantly traditional life, heavily dependent on hunting and fishing. This experience gave the artist a strong attachment to the land as well as to wildlife. Ohito remained in the camp until the age of 29, visiting the city only occasionally and staying with his grandmother Pitseolak.

Ashoona’s interest in sculpture developed when he was still a child. He often watched his father and uncle at work and helped them polish sculptures. Many years of practice gave this artist the skill and wisdom of sculpting, while his traditional upbringing and lack of formal education gave him a deep understanding of Inuit spirituality and beliefs, as well as a sensitivity to the arctic fauna that so often appears in his sculptures. Unlike many modern Inuit who practice Christianity, Ohito still embraces the traditions and beliefs of his ancestors. These themes and stories are often revealed in his works. The artist’s work is also distinguished by its tendency to sculpt several figures, generating imaginative scenes and relationships between characters and animals.

In 1981, Ohito relocated to Cape Dorset, but maintained his ties to the land. He became a Level 1 guide, which allowed him to share his knowledge with others through hands-on and productive experiences. He continued to sculpt and experiment through his art, earning him the 2002 National Aboriginal Achievement Award in the Visual Arts. Ohito has exhibited widely across North America and today his work can be found at the Art Gallery of Ontario, the Winnipeg Art Gallery, as well as among countless other private and corporate collections. 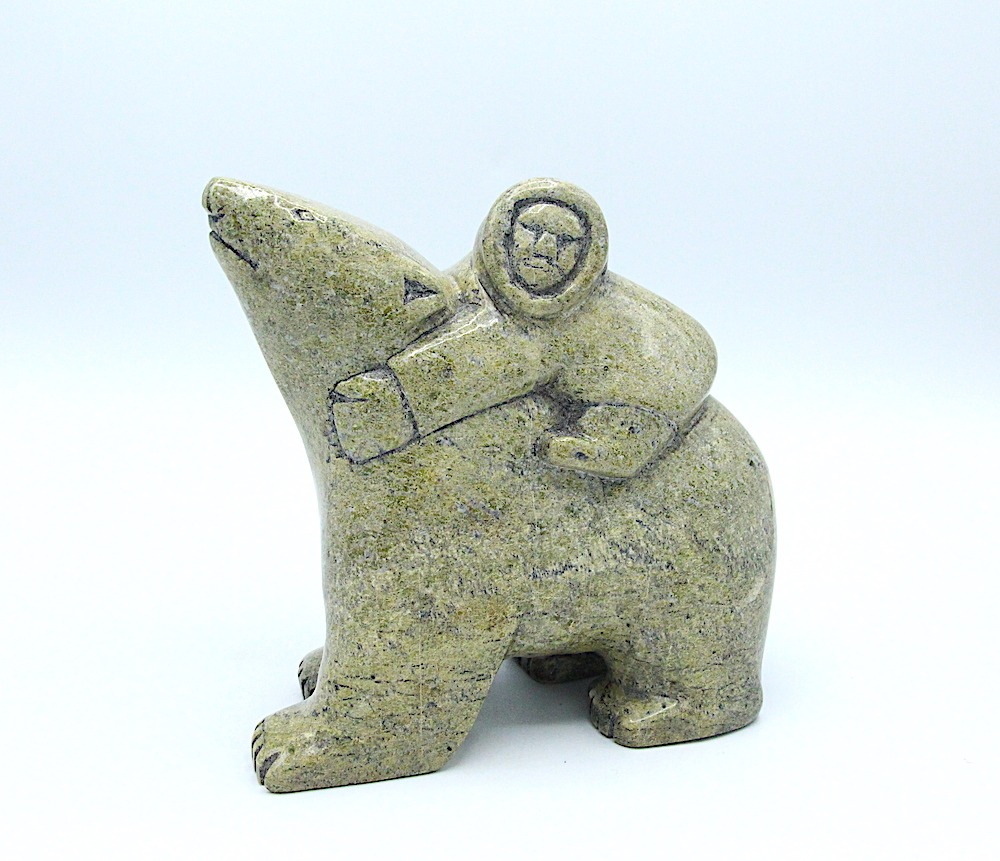