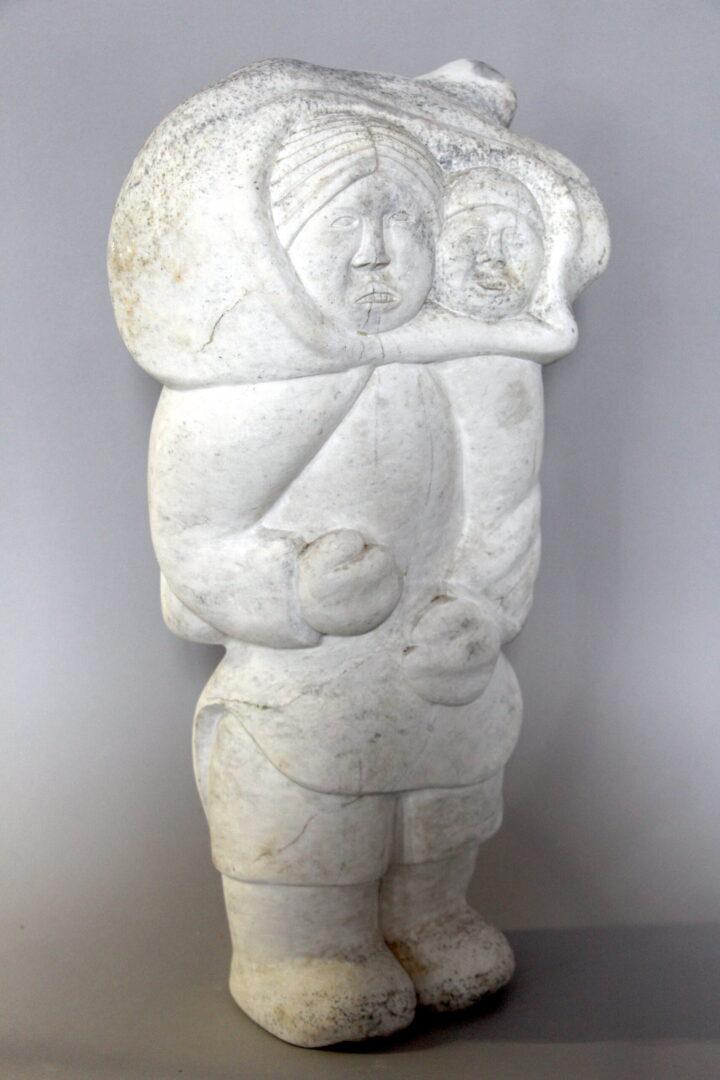 Eldest son of Inuk artist Pitseolak Ashoona, Qaqaq is a central figure in this remarkable creative family which includes his brothers Kiawak and Kumwartok (sculptors), his sister Napatchie Pootoogook (graphic designer), as well as his wife Mayureak (sculptor and graphic designer) and his son Ohito Ashoona (sculptor). He started his artistic career at the age of 18. His sculptures gained recognition for the sense of monumentality and strength he gave to animal and human subjects.

A reserved man with traditional values, Qaqaq chose for most of his life not to reside in the modern settlement of Cape Dorset, instead preferring to maintain a year round camp on the land. Qaqaq’s father died as a teenager when he was learning to hunt. Nonetheless, he continued to hunt and trap as the primary means of supporting his family. When asked if he was an artist or a hunter, he said he considered himself primarily a hunter.

Representing animal, human and spiritual figures, Qaqaq’s sculptures are characterized by their compactness and daring shapes. The tactility of Qaqaq’s materials and the simplicity of its forms suggest a fluid continuity between the animal, material and spiritual worlds. He also took great care in the details of each of his sculptures, using only hand tools.

Qaqaq’s sculptures were first exhibited at the Coronation Exhibition in London in 1953. His first solo exhibition was held at the Arctic Gallery in Victoria in 1973. Since then his work has subsequently been shown widely at Canada and abroad. 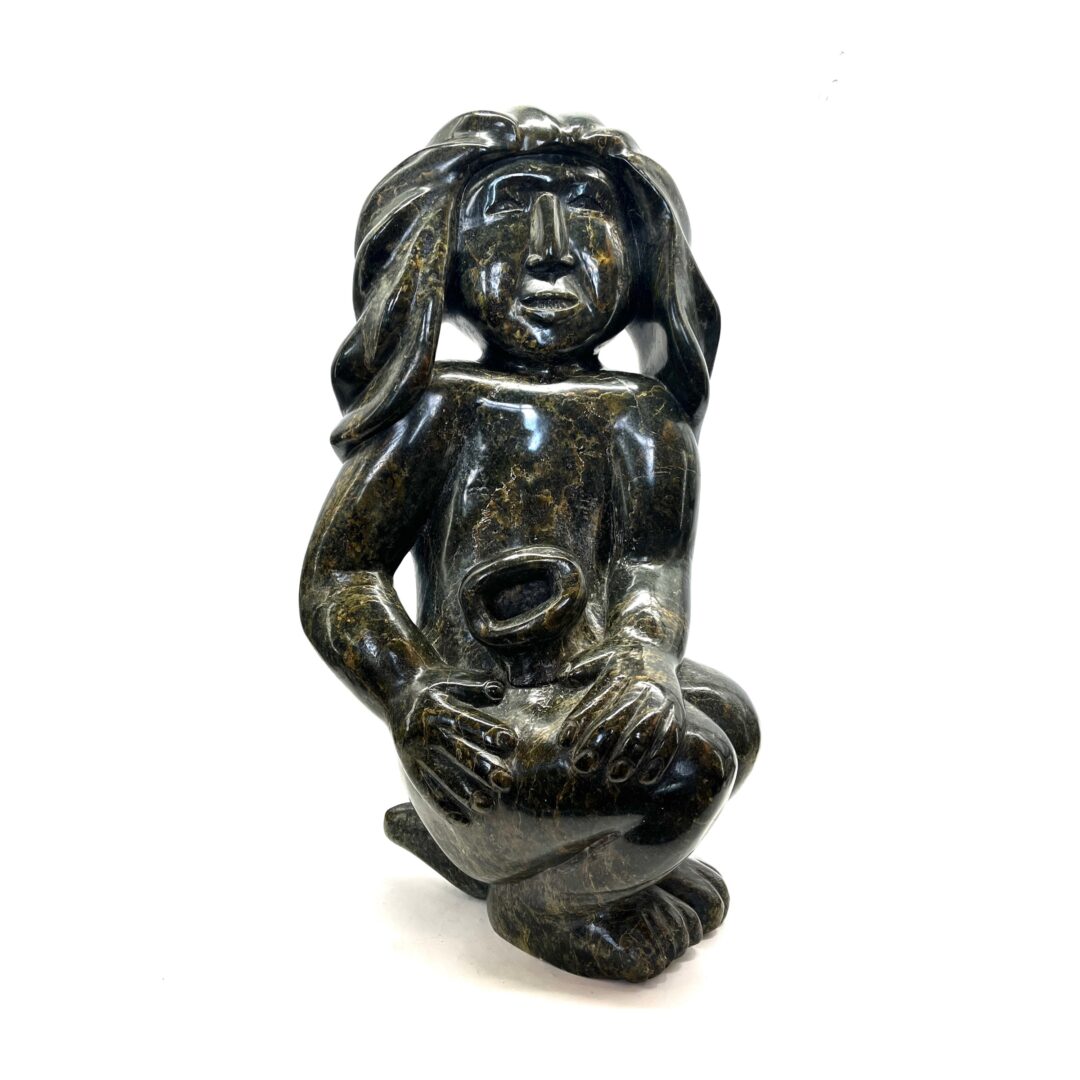 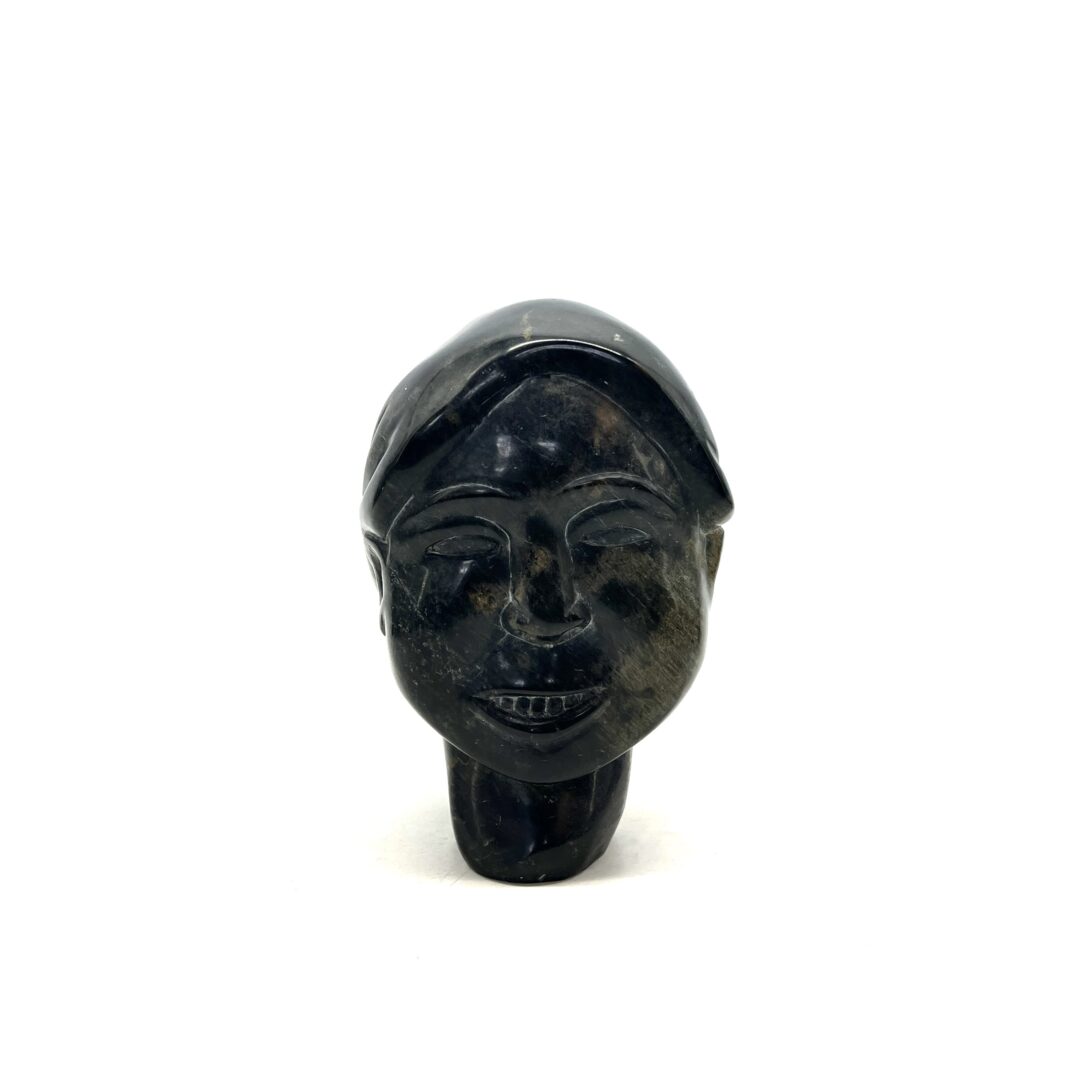