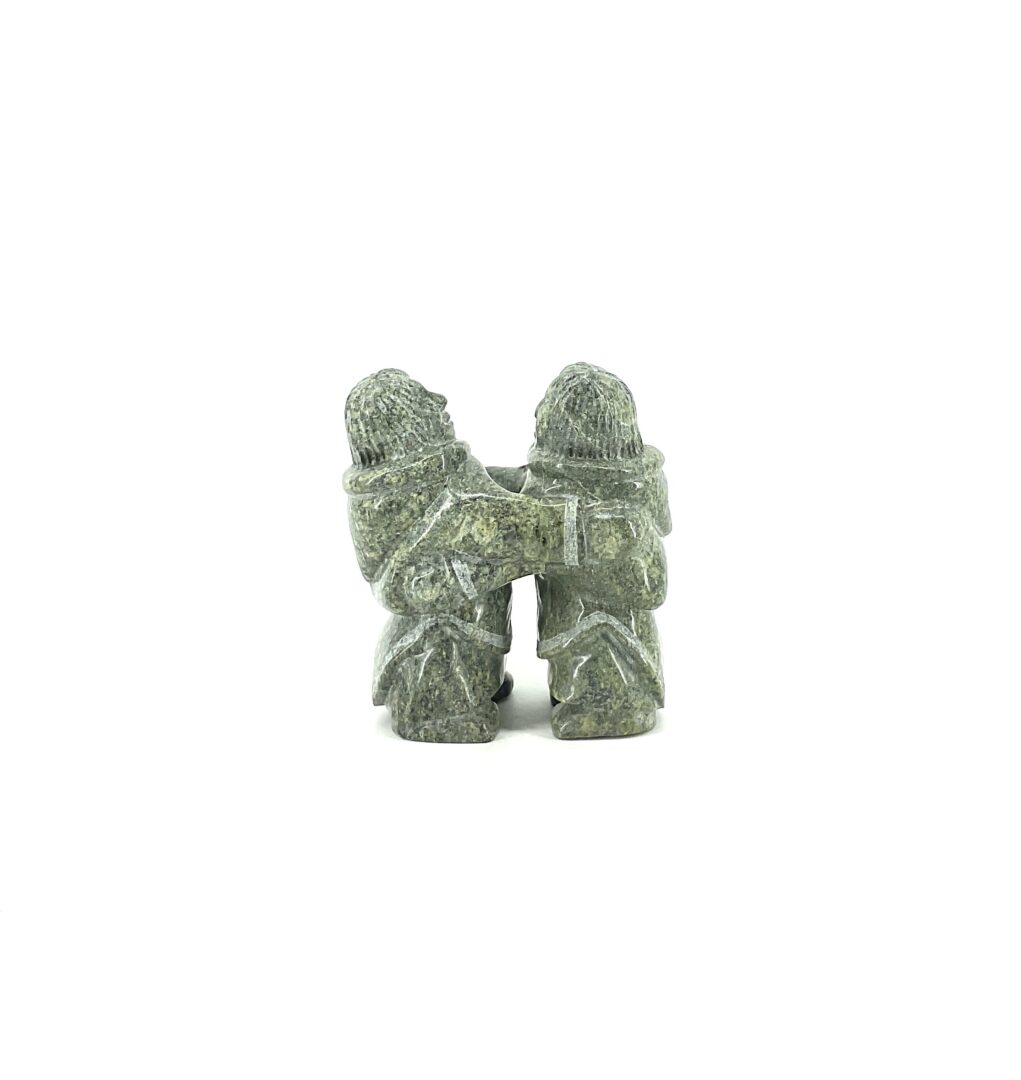 Napachie Ashoona is an accomplished carver best known for his kinetic sculptures of hunters and angakkuit made from the dark serpentine found in southern Baffin Island. He is a member of one of the most prominent families of Inuit artists in Canada. His grandmother, Pitseolak Ashoona, was a famous printmaker, and so is his talented mother Sorosiluto. His father Kiawak and uncle Kaka (now deceased) are the two foremost Inuit artists. Other well-known artists in the family include their brothers Koomwartok (now deceased) and Namonai, and their sister Napatchie, all three sculptors. Kaka’s son, Ohito Ashoona, has already become very famous for his carvings of Polar bears, and his son Ottokie has followed the same artistic path. Coming from a well-known artistic family, he shares many aesthetic affinities with his father, Kiugak Ashoona, including his father’s sense of fluidity and narrative, which is especially evident in his carvings of drum dancing.

When Napachie was a small child, he used to watch his father carving and occasionally would help him sand or file. With a lot of patience and help from his father, he soon learned how to handle the stone. Undoubtedly, Kiawak had a very strong influence on Napachie, both in style and thematically. Like his father, Napachie enjoys carving human body in action. With their expressive and very detailed faces, and bodies in full motion, Napachie’s hunters and drum dancers are very reminiscent of Kiawak’s work, but they lack the Master’s technical control in representing the volume. Napachie has yet to explore the rich world of Inuit mythological imagery , so present in his father’s work.

Napachie carves in the local stone called serpentine. It is a very hard metamorphic rock indigenous to Baffin Island, with a structure similar to jade. The colour of the stone varies from light green to brown or even black, but like his father, Napachie prefers the darker shades.