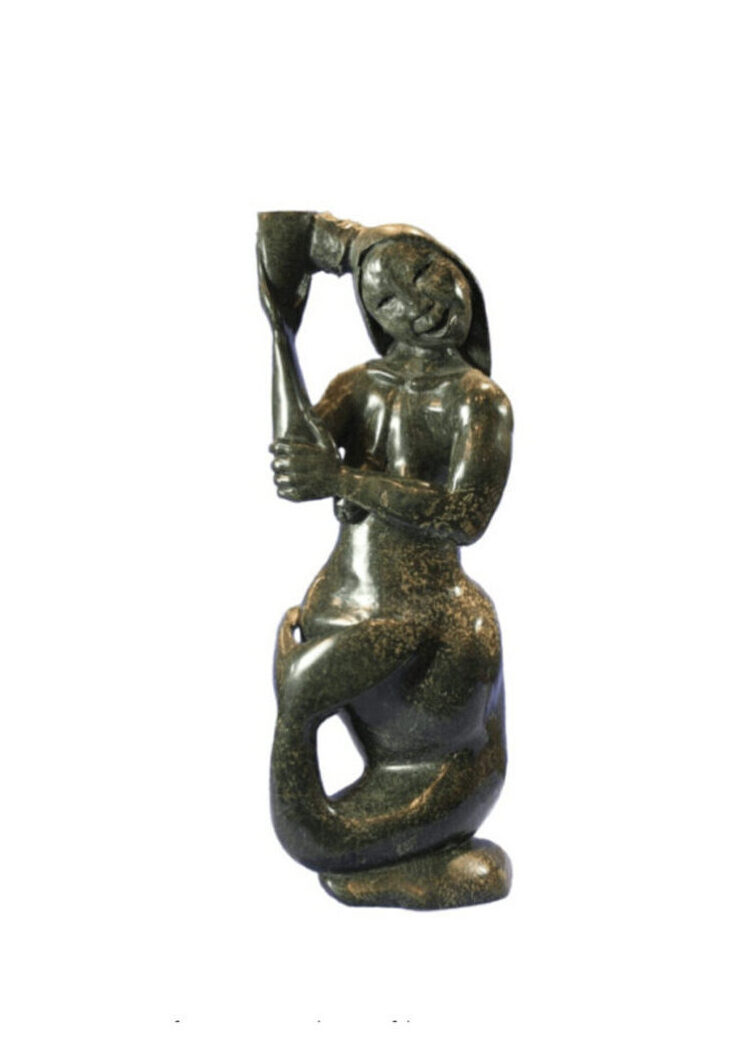 Kiawak Ashoona (Kiugak; Kiowak; Keeower; Kioga) was born in the community of Tariugajak,. He is one of the last generations to be born in the land and to have grown up in the traditional Inuit lifestyle. Kiawak was the fourth son of the famous tribal chief Ashoona, who helped form the village of Cape Dorset when he brought his group of hunters out to sea to settled there, around the same time as Pootoogook and Saila. Kiawak’s mother was legendary graphic designer Pitseolak Ashoona (RCA). His six children also became artists, although Kiawak was perhaps the greatest figurative sculptor of his generation.

In 1945, after the death of his father, Kiawak’s mother moved with his family to the community of Cape Dorset, in order to be closer to her family. Pitseolak and his children were then introduced to the profession of sculptor in Cape Dorset. In 1947, the first Kiawak sculpture made from walrus tusks was sold to the Baffin Trading Company by his brother, Qaquq. As art grew, a new economic opportunity presented itself. Hunting declined, Kiawak, like many Inuit, gave up hunting for the creation and sale of sculptures. Her work focused on scenes from Inuit life, such as hunting scenes, occasionally sculpting animals.

His works have been widely exhibited and collected around the world. He was appointed to the Order of Canada in 2000 and was elected to the Royal Canadian Academy in 2003 (RCA). 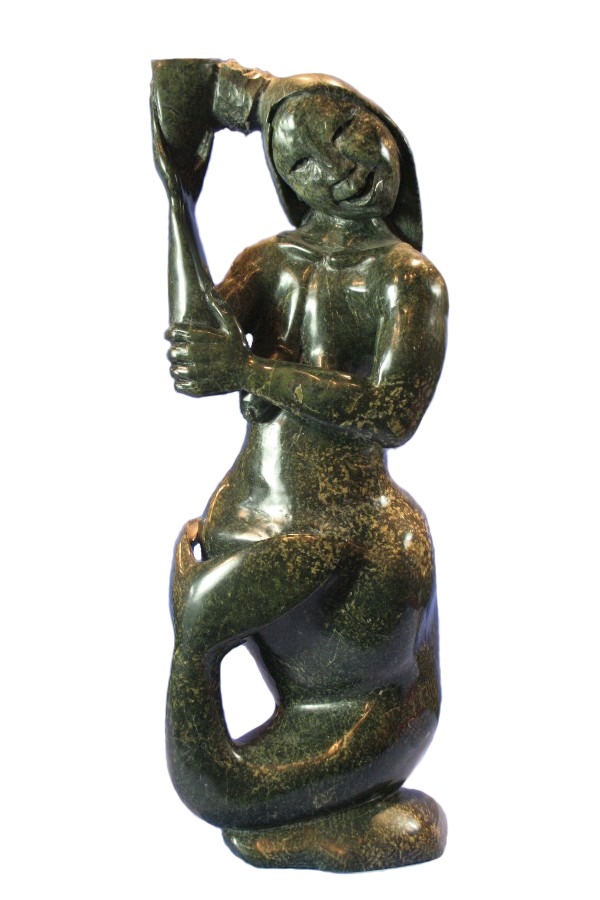