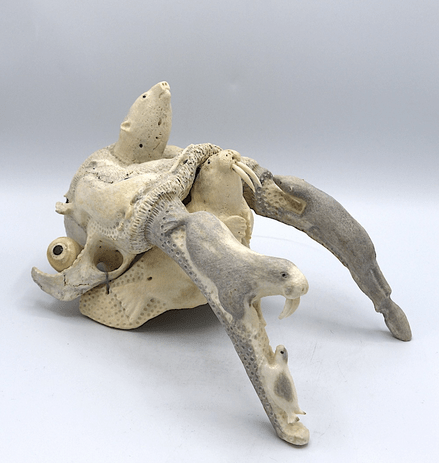 Lukie Airut (Aeroot; Aerut; Airuk) was a second generation Inuit artist from Igloolik. He began sculpting in 1967 in order to support his family. His wife, Marie, was a craft artist and a respected seamstress. His father, George Kappianaq, and Igloolik’s artist, Pacome Kolaut, taught him a lot about carving from stone and fossilized whalebone. Lukie’s younger brother, Bart Hanna, is also a well-known sculptor from their native region.

Lukie sculpted every day, except when he went hunting and fishing to feed his family and community. He often brought back stones and bones from these hunting trips. Although he worked more with whalebone, the artist preferred to work with stone, as it allowed him to use his imagination.

Airut sculptures were influenced by the earth and often depict animals, birds and people in traditional camps. He was particularly recognized for his elaborate carvings of walrus skulls which he carved in circles, with each angle revealing subtle details. His sculptures are very detailed and sophisticated, and often multidimensional.

In addition to sculpting, Lukie attended the Nunavut Arctic College, where he majored in the art of jewellery. He transferred his skills into his sculpture design, incorporating miniature figurines and fine details into larger pieces of bone. Airut even included detachable jewellery in some of his works.

Lukie’s work has been promoted through the cooperative art marketing system across Canada. His works are in the collections of many major institutions, including the Prince of Wales Northern Heritage Center, and the Art Gallery of Ontario (Toronto). In 2004, he received the Queen’s Jubilee Medal for his years of service with the Canadian Rangers. 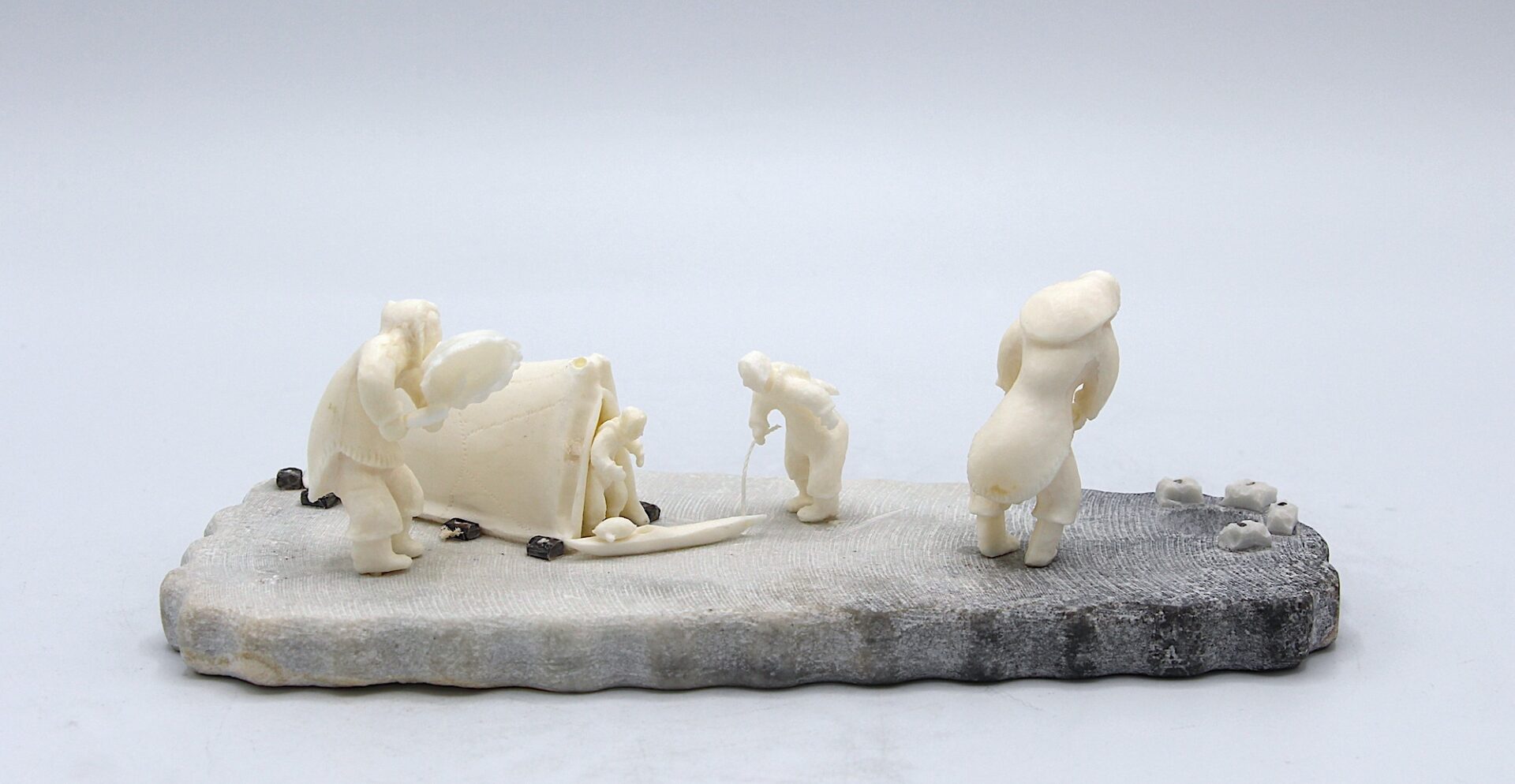 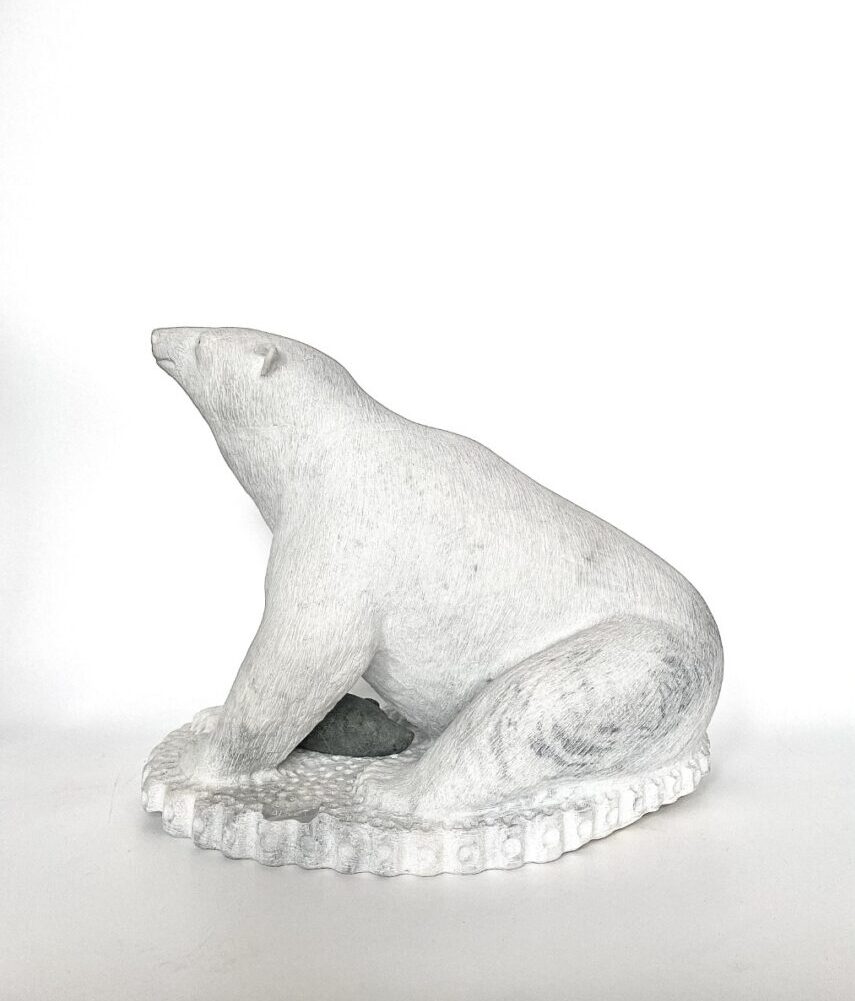 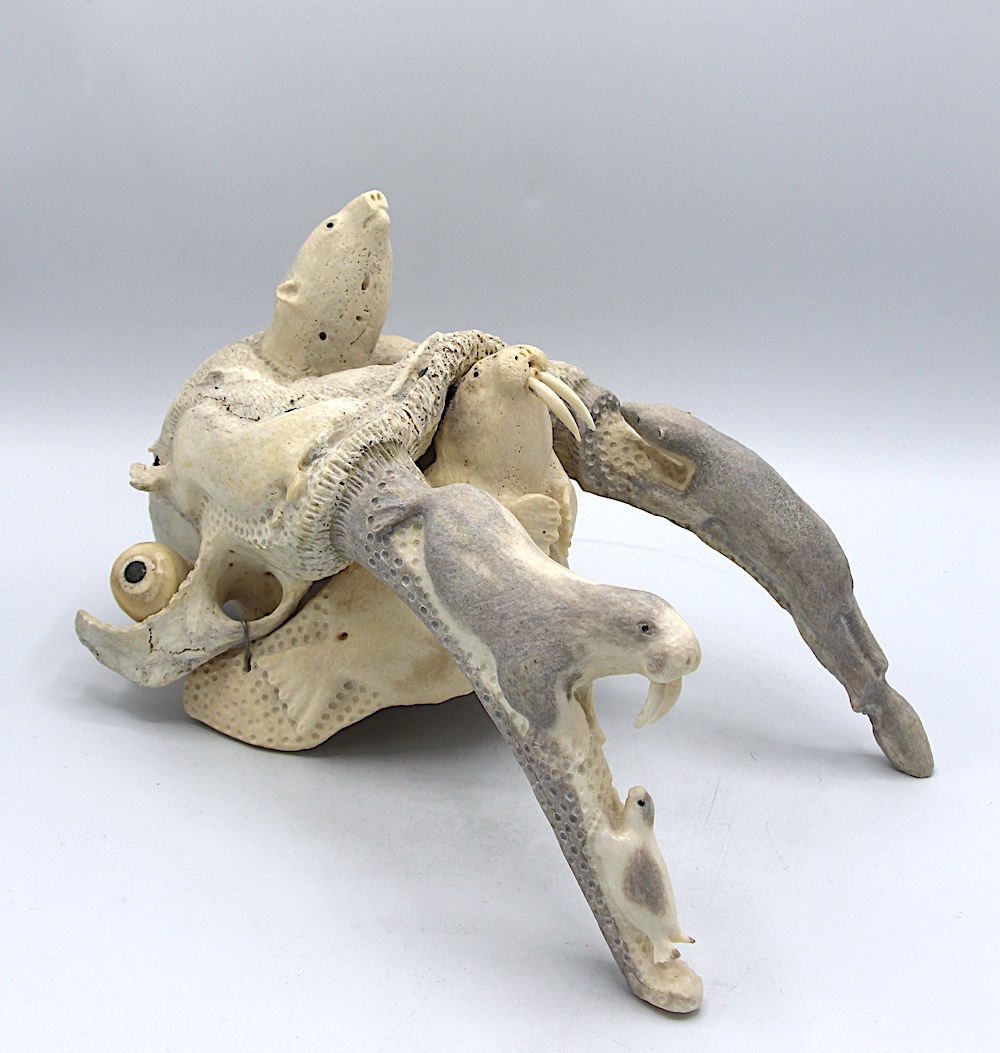 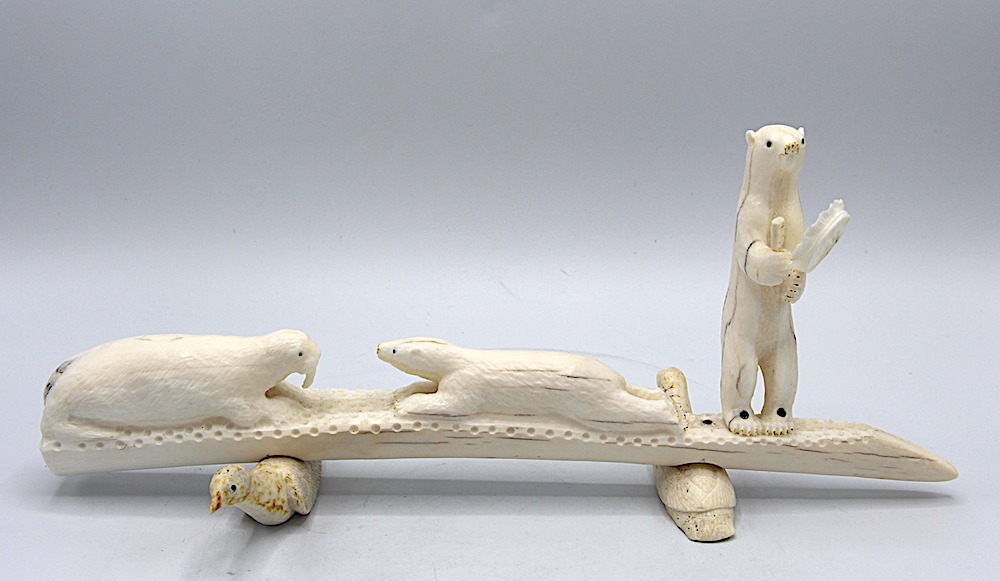