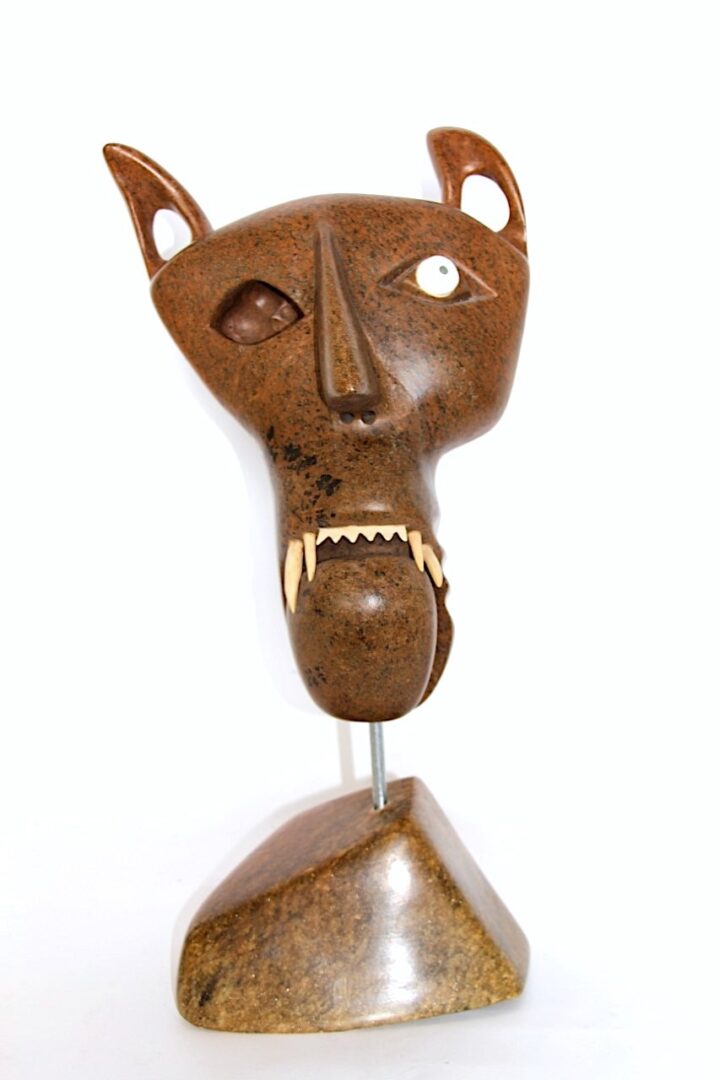 Floyd Kuptana started out in art by helping his cousins ​​Francis and Abraham Angik Ruben sand and polish their sculptures. Later he worked as an apprentice for David Ruben Piqtoukun. He studied and worked with them until he was 28, in 1992.

The artist’s work is mainly stone sculptures as well as paintings and collages. Floyd Kuptana’s soapstone and other stone carvings often depict animal and human forms. Frequent images of transformation can be seen as grotesque and include works by Sedna, the Inuit goddess of the sea and marine animals. His work focuses both on Inuit shamanic beliefs as well as his own experiences.

The artist’s pieces are currently in prestigious collections such as the New York Museum of Art and Design, the Toronto Museum of Contemporary Art and much more.