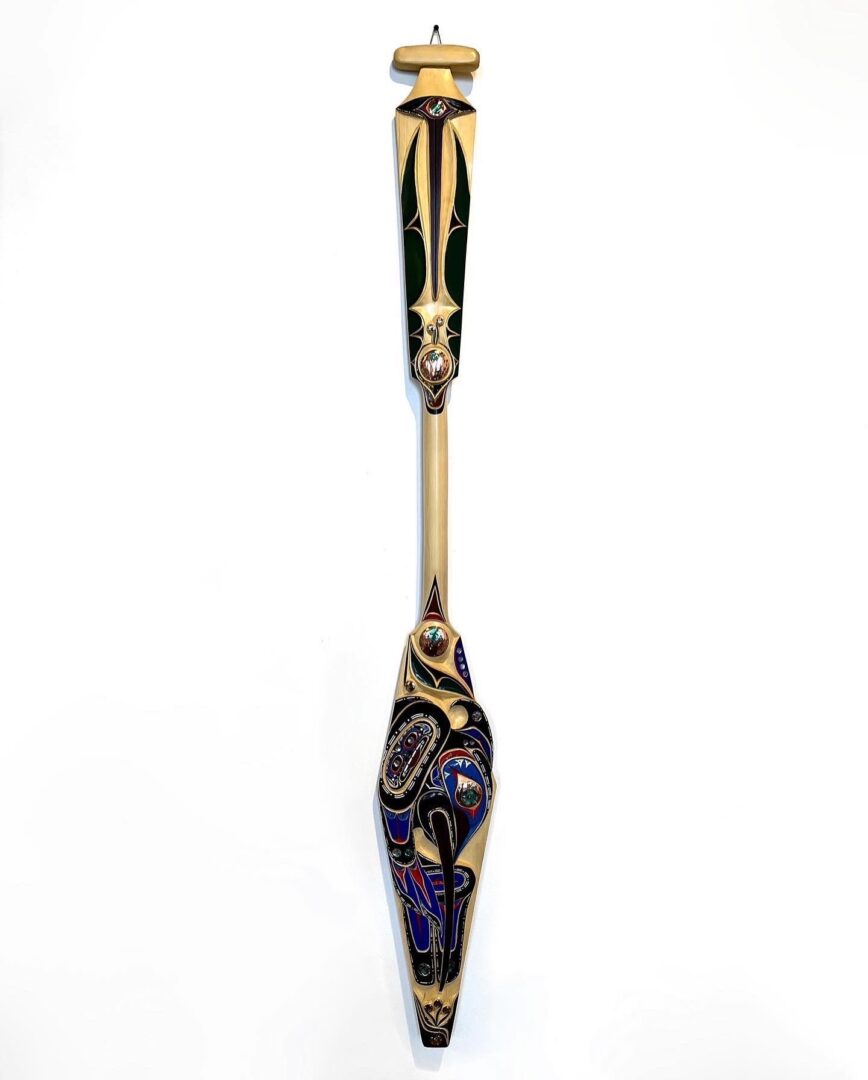 Troy Kwakseesthala is a First Nations artist and former boxer. Descended from the chiefs of the Weiwakum First Nation, Troy Kwakseesthala has been immersed in his native cultural heritage since he was a small boy when he learned about the dances and myths of his people under the disciplined guidance of the late Elizabeth Kwaksistala. Troy now carries on this tradition with his sons, Tyrone and Nathan. Troy’s artistic talent came to light at a very young age when he was inspired by the most stylistically inventive artist of his time, the late Willie Seaweed. Although he has since pursued other careers, his achievements in carving over the last 20 years have opened doors to the rediscovery of his native heritage.

In 1993, he was involved in the creation of the canoe “KlineeQwala” (Lightning Speed) and was part of the crew (stern-most figure) who paddled it from Campbell River to the Qatuwas Festival in Bella Bella, some 270 miles away. As an artist, Troy’s expression of his cultural heritage has emerged in a wide variety of carved artwork, beginning in his mind’s eye, manifesting as a drawing and coming into its fullness as a carving. These works of art bear both the marks of traditional native carving techniques and the unique inspiration for the young artist. Troy’s favourite carved pieces are the transformation figures which bring two images together in one mask. Each piece is operated by strings within the masks; the beaks clap loudly during the dance ceremony to punctuate the powerful performance.

Troy is a careful and precise artist whose work reflects his concern for perfection of line and shape. Even the inside of his masks reveals the same sensitive precision as the outer forms, hollowed out in smooth plains and clean lines, mirroring the sculptural features of the mask fronts. The colours Troy chooses are of the same character as the distinctive style of carving he has developed – bold and strong, yet sensitively identified with the unique piece he has chosen to carve. Troy feels a great peace within him when he is carving these masks.

Now married and with two young sons, Troy’s career as a freelance carver and artist is growing quickly. Many of his pieces are part of private and museum collections in both Canada and the United States. 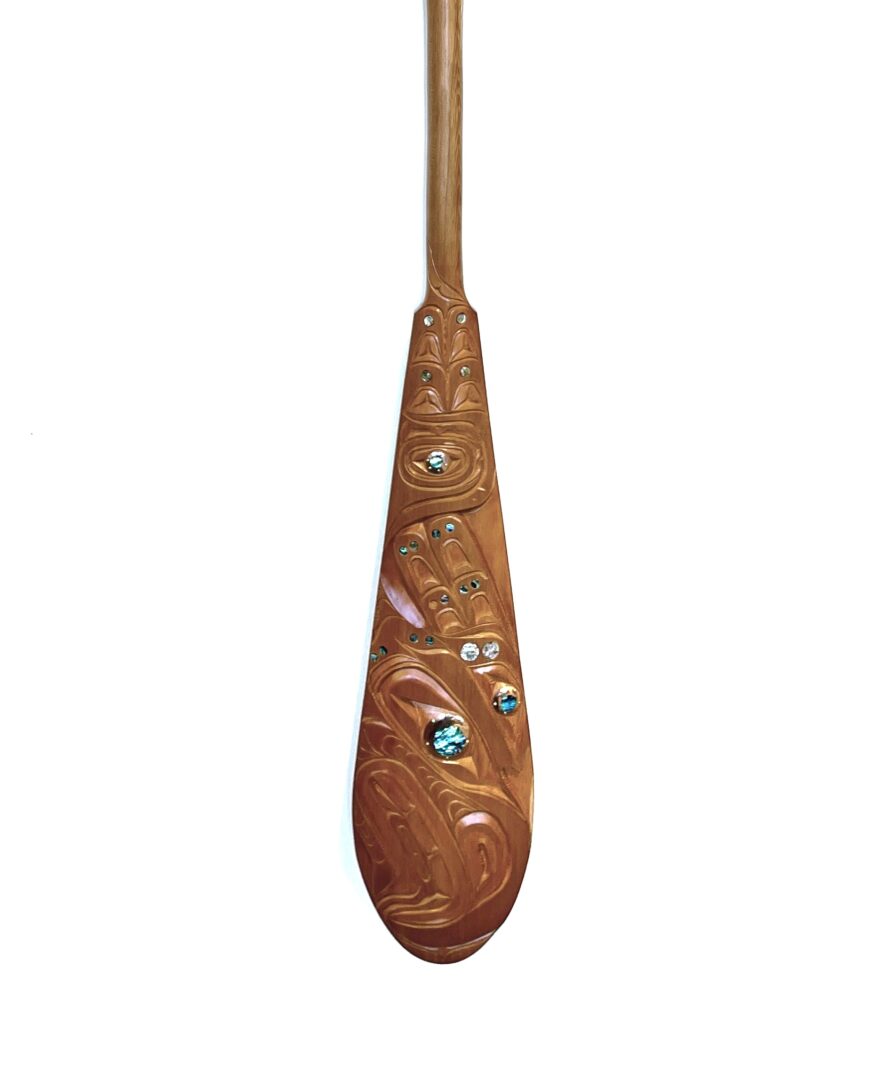 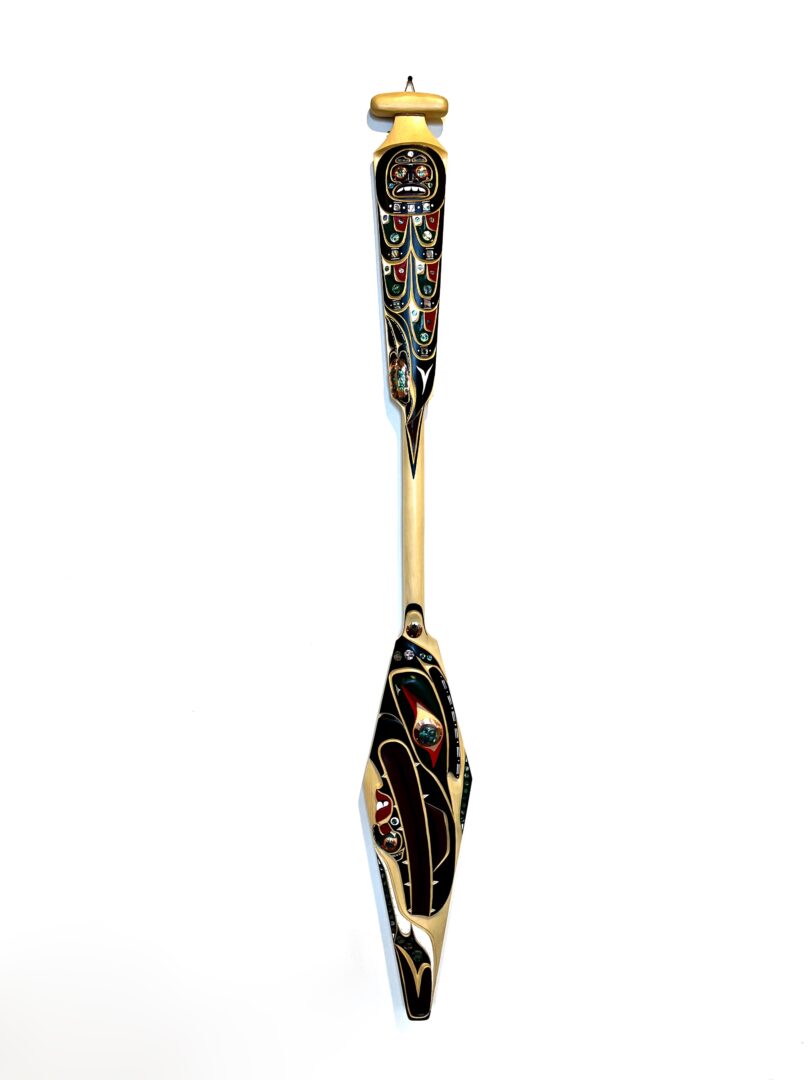 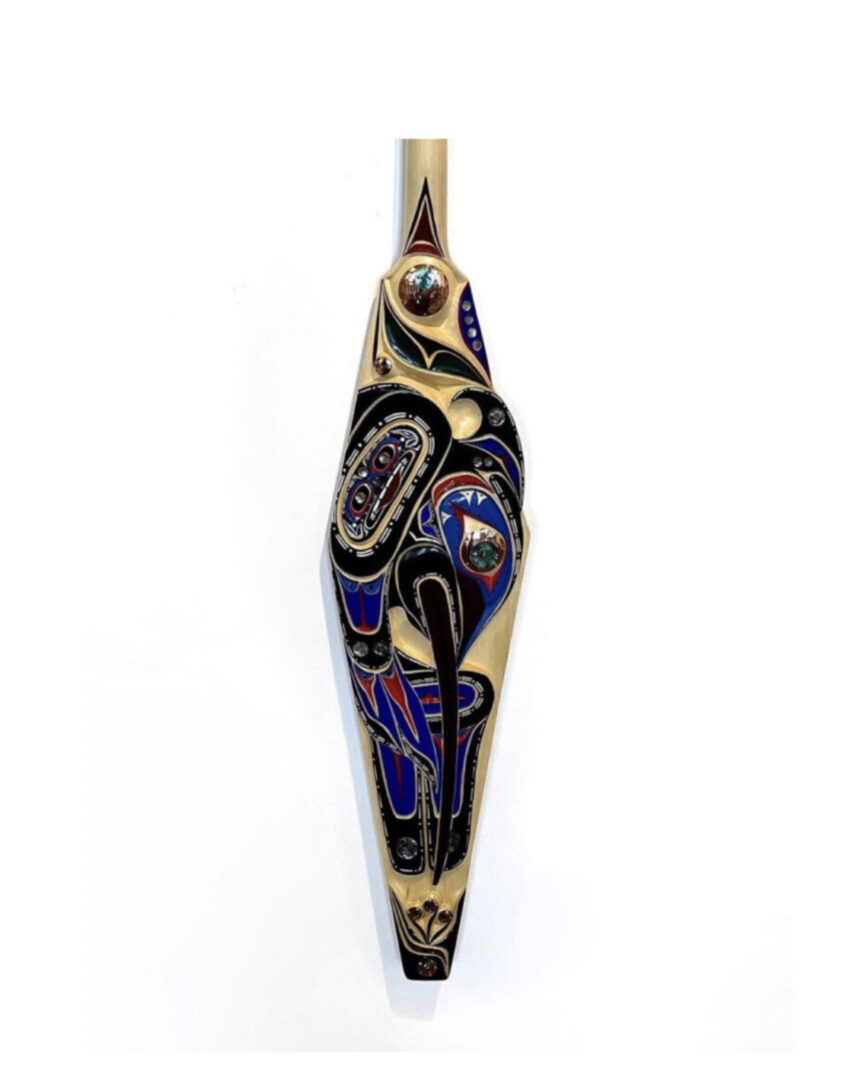