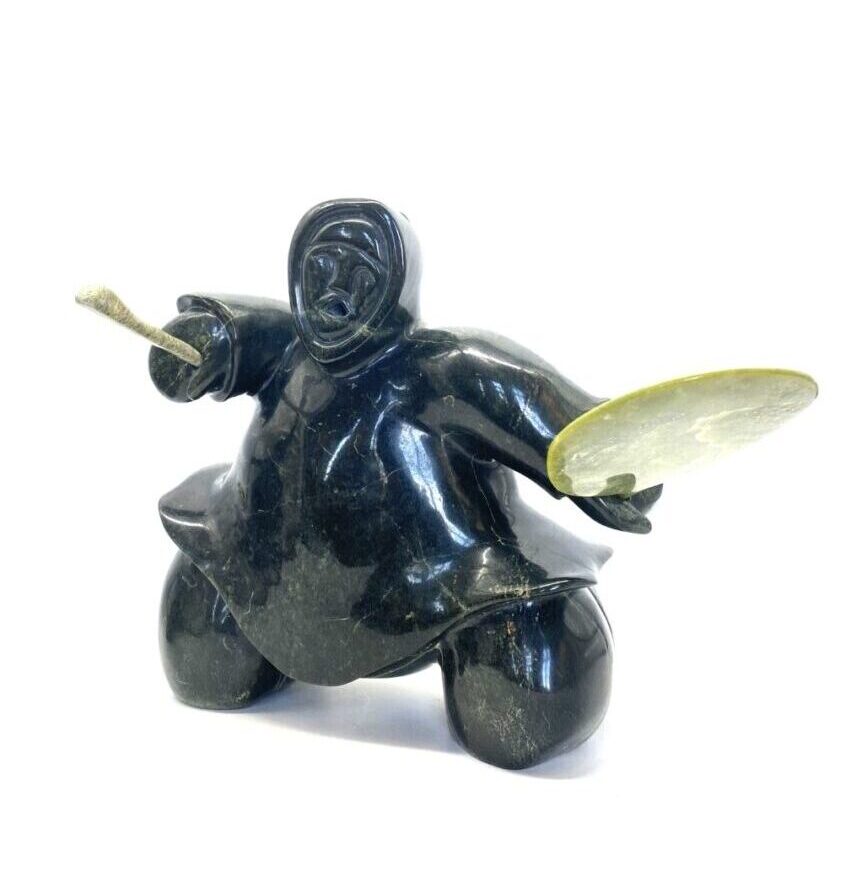 Tukiki’s parents Davidee Mannumi and Paunichea, as well as his brothers Axangayu Shaa and Qavavau Mannumi, are also well known artists. Exhibiting since 1976, Tukiki’s work has been included in several collections and shows in galleries in Canada, US and in Europe.

Birds have always played a pivotal role in the Inuit imagination and from the very beginning have been a popular subject matter in Inuit art, both in its two- and three dimensional formats. Some of the most iconic Inuit artists like Kenojuak Ashevak or Abraham Etungat will forever be associated with bird imagery. Cape Dorset artist Tukiki Manumie is a worthy successor to continue this artistic tradition.

Tukiki Manumie, who has exhibited his sculptural work since the mid 1970s, comes from a family of very talented artists. Although the influences of some of these family members can be seen in his work, he has created his own place within the sculptural realism that Cape Dorset is celebrated for.

His sculptures are beautiful, often whimsical and representative of the culture, traditions and beliefs of the Inuit. Tukiki Manumie loves to depict animals with their young and of companionship and a testament to the artist’s eye for detail and balance. It is obvious that Tukiki Manumie was a master of creating compositions with very strong positive and negative spaces. There also is a sense of being comfortably surrounded and comforted that emanates from these pieces. At the same time the sculptures incorporate transformational elements in the elongated, sometimes disproportional features that the artist imbues his pieces with.