Pitaloosie Saila began drawing in the early 1960’s, and quickly established herself as a versatile and intelligent graphic artist. Over the years, she has become a familiar presence in the Kinngait Studios, and her work has been included in annual print collections since 1968.

Since the late 1960’s, Pitaloosie has made frequent trips to southern Canada in order to attend exhibitions and conferences. In 1967, she spent several weeks in Toronto while her husband, the well-known sculptor Pauta Saila, participated in an International Sculpture Symposium. Her work has been featured in solo drawing exhibitions, and in 1977, Canada Post issued a stamp depicting her print, Fisherman’s Dream.

Pitaloosie’s 1985 lithograph, entitled In the Hills, represented the Northwest Territories in the centennial celebration of the National Parks of Canada. Amnesty International, the international human rights organization, selected a drawing by Pitaloosie entitled Mother and Child to use for their 1990 Christmas card. She was also one of nine featured artists in the acclaimed exhibition Isumavut: The Artistic Expression of Nine Cape Dorset Women, which opened at the Canadian Museum of Civilization in the fall of 1994 and continues to travel to other venues.

In 2004, Pitaloosie and Pauta Saila were appointed members of the prestigious Royal Canadian Academy of the Arts (RCA), in recognition of their life’s work and contributions to Canadian art. 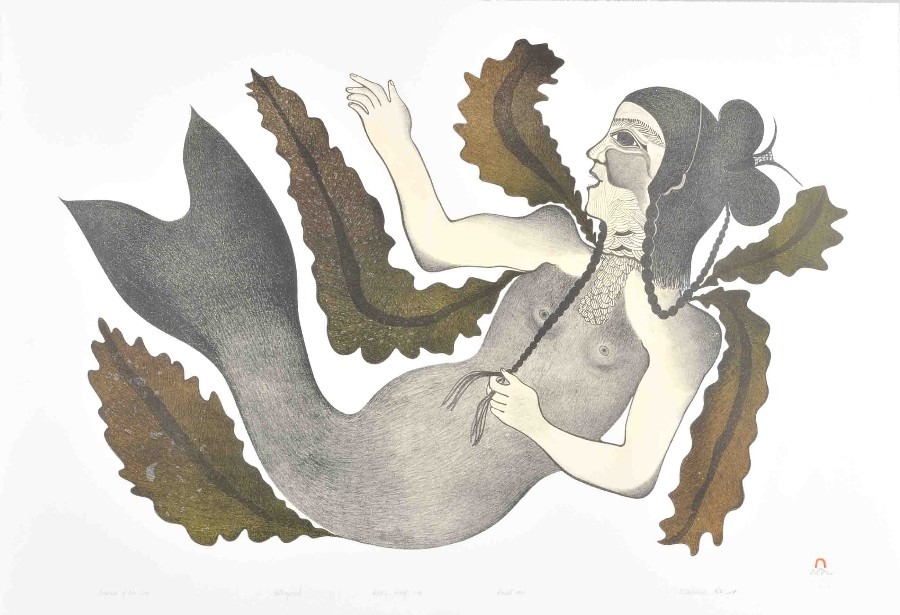 Empress of the Sea