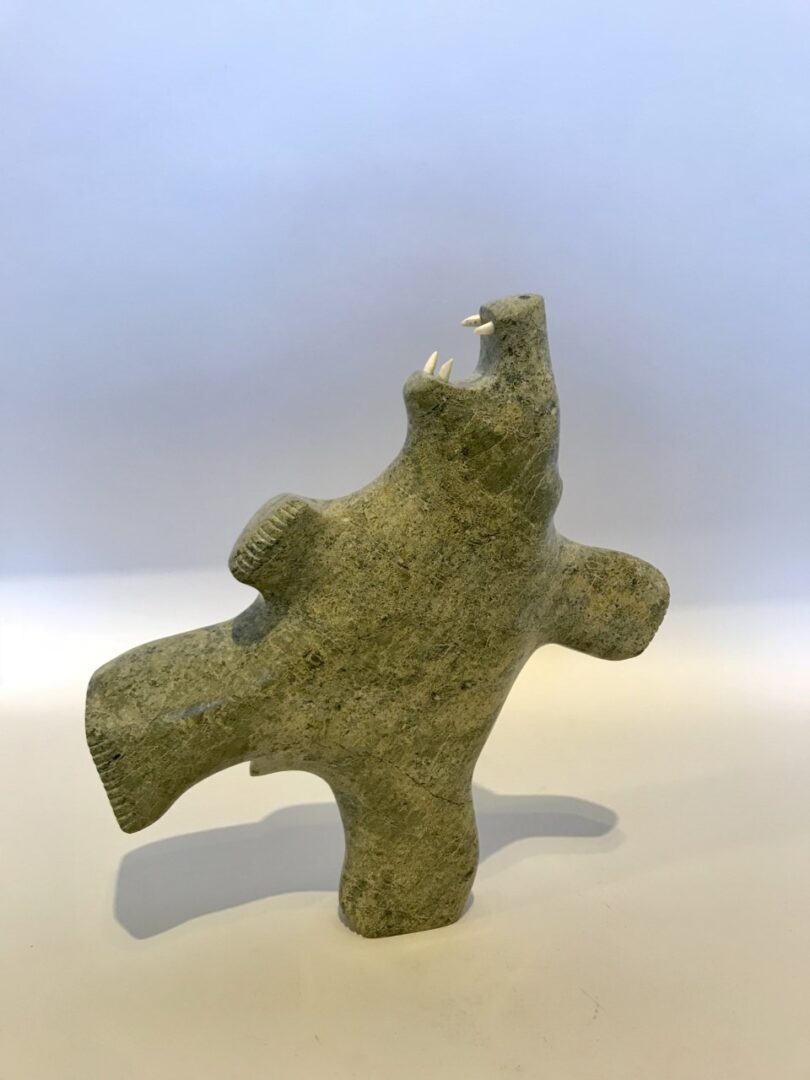 Pauta Saila was born in Kilaparutua, Baffin Island, Nunavut. He began carving as a teenager, making implements and tools from ivory.
His work was in the famous 1971-73 “Sculpture/Inuit. Sculpture of the Inuit: Masterworks of the Canadian Arctic” exhibition that toured the world and gave him international recognition.
He has worked on a variety of themes of the Arctic wildlife but is most famous for his dancing bears, powerful, somewhat abstract.
Pauta was elected to the Royal Canadian Academy of Arts in 2003.
He passed away in 2009, and still is the reference in Inuit art.