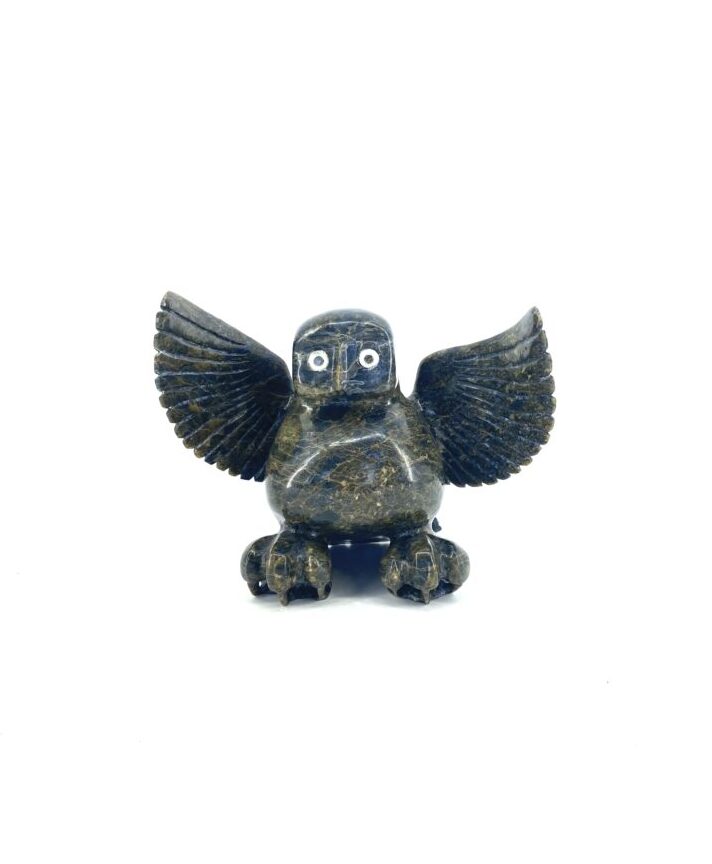 Kellypalik Etidloie, also known as Kelly, was adopted shortly after his birth due to the sudden death of his mother. His adoptive parents, Kingmeata and Etidloie, artists from Cape Dorset, spent a lot of time sculpting. Kelly therefore learned to sculpt by watching his elders as well as helping his sister Omalluk on her works.

Kelly sculpted his first piece, a bird, at the age of 15 and since then has continued to work on his skills as a sculptor. He settled in Montreal for five years and worked with Moe Pootoogook, Markoosie Papigatok, Teevee Atsealak and Pauloosie Joanasie.

Kelly returned to Cape Dorset to pursue his career as a sculptor. He used to sculpt with Isacie Etidloie, his nephew, but now he works alone. His wife, Annie Salomonie, helps him finish his sculptures and sand them. With his family, they enjoy walking along the coast to fish for clams. Kelly takes the opportunity to observe birds and draws inspiration from it in his work. He carves today to support his family.

In the past, Kelly was known for his sculpted masks of human faces and birds incorporated into the design. In recent years he has been exploring wildlife grooming. The artist captures the intimate moments of birds feeding their young. His favourite bird to carve is the owl. He also enjoys sculpting the muskox as it gives him the opportunity to add more detail. His work has grown tremendously in recent years.

The artist’s works have been exhibited across Canada, as well as in the United States, France, Germany and Switzerland. 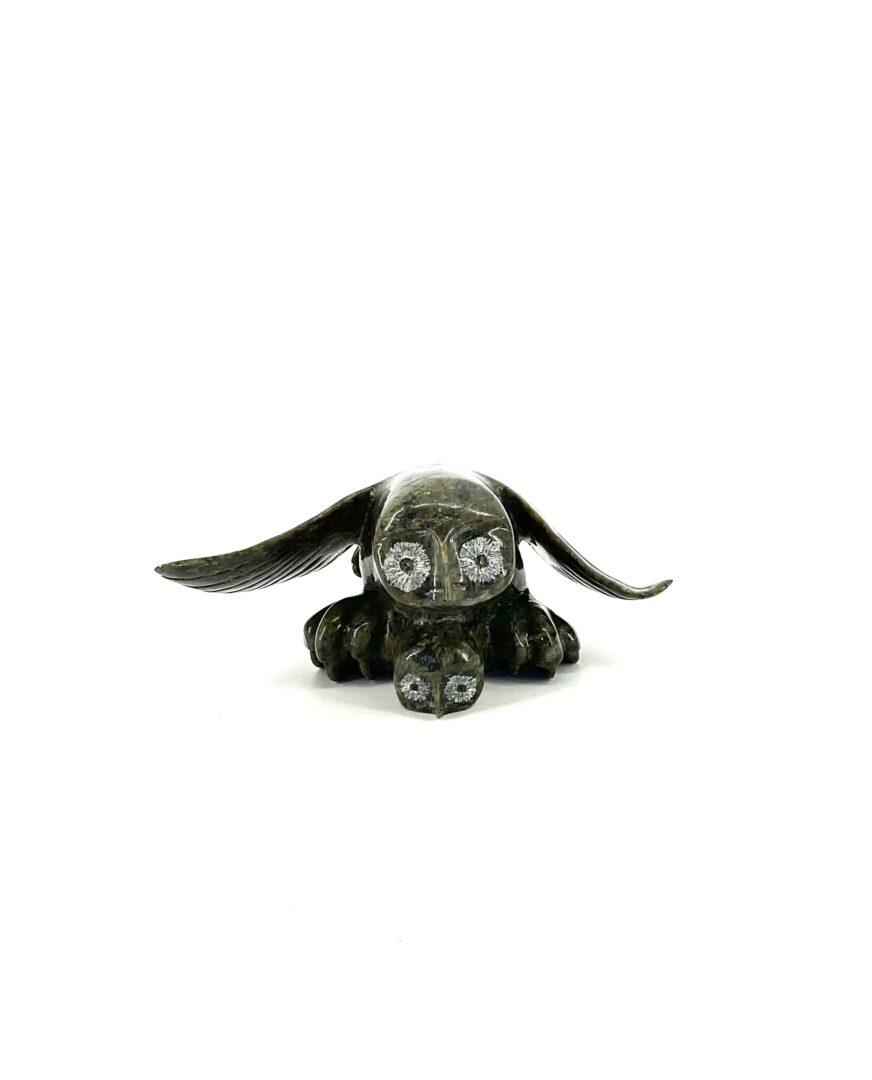 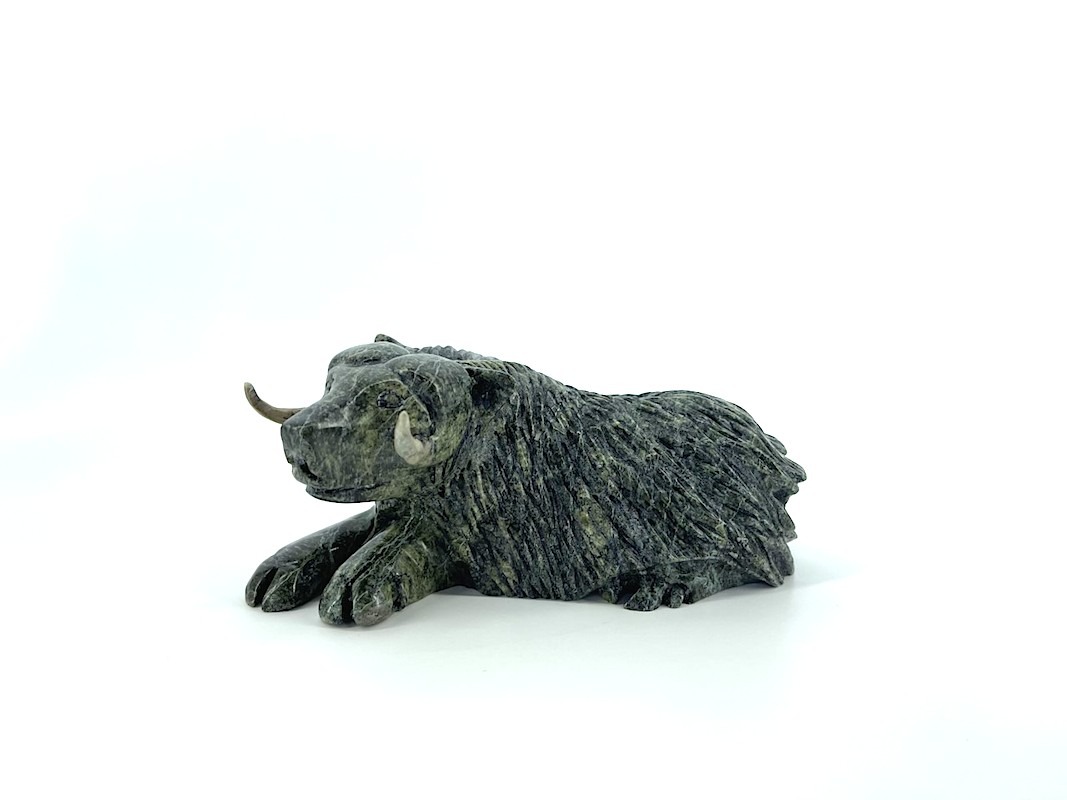 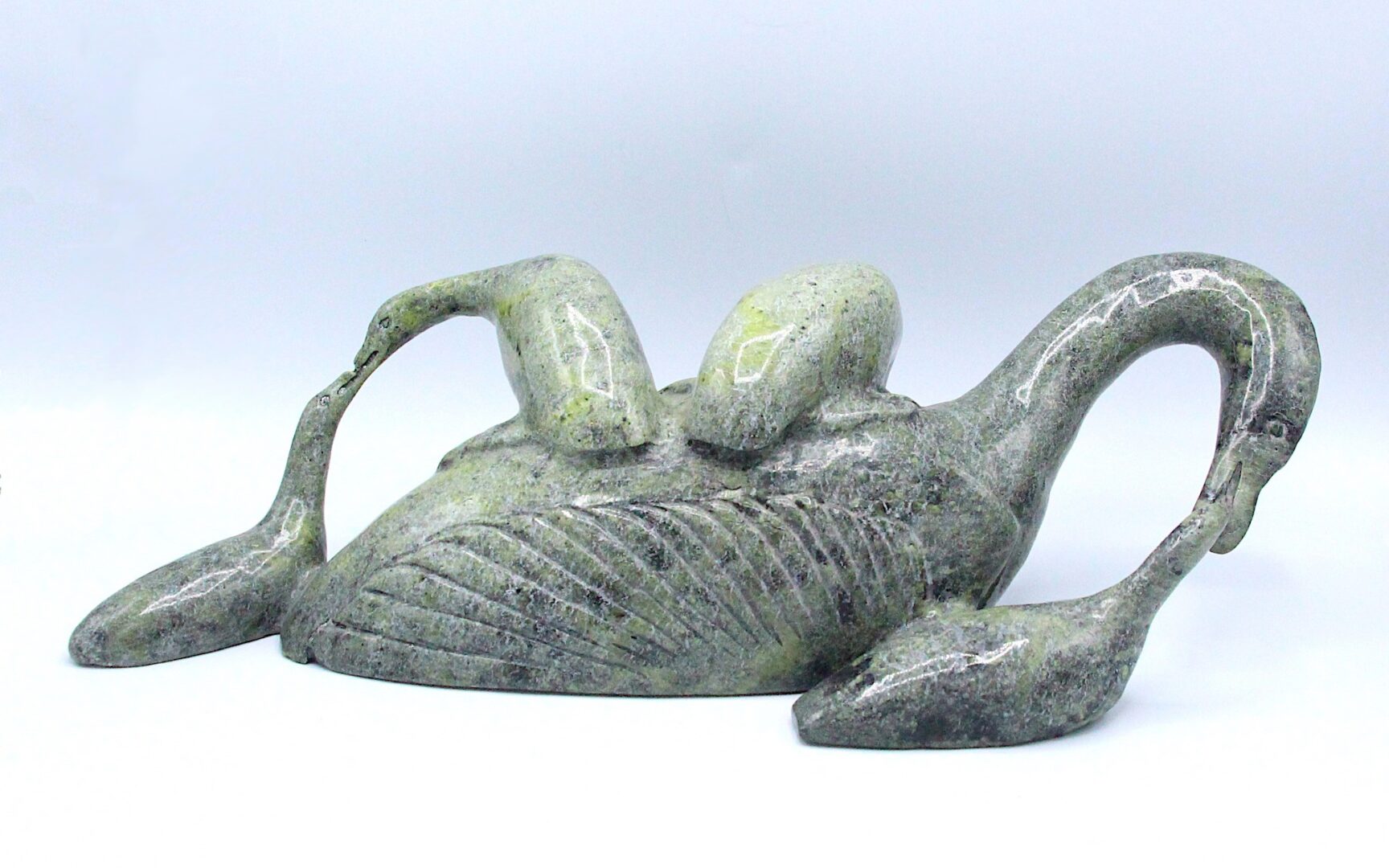 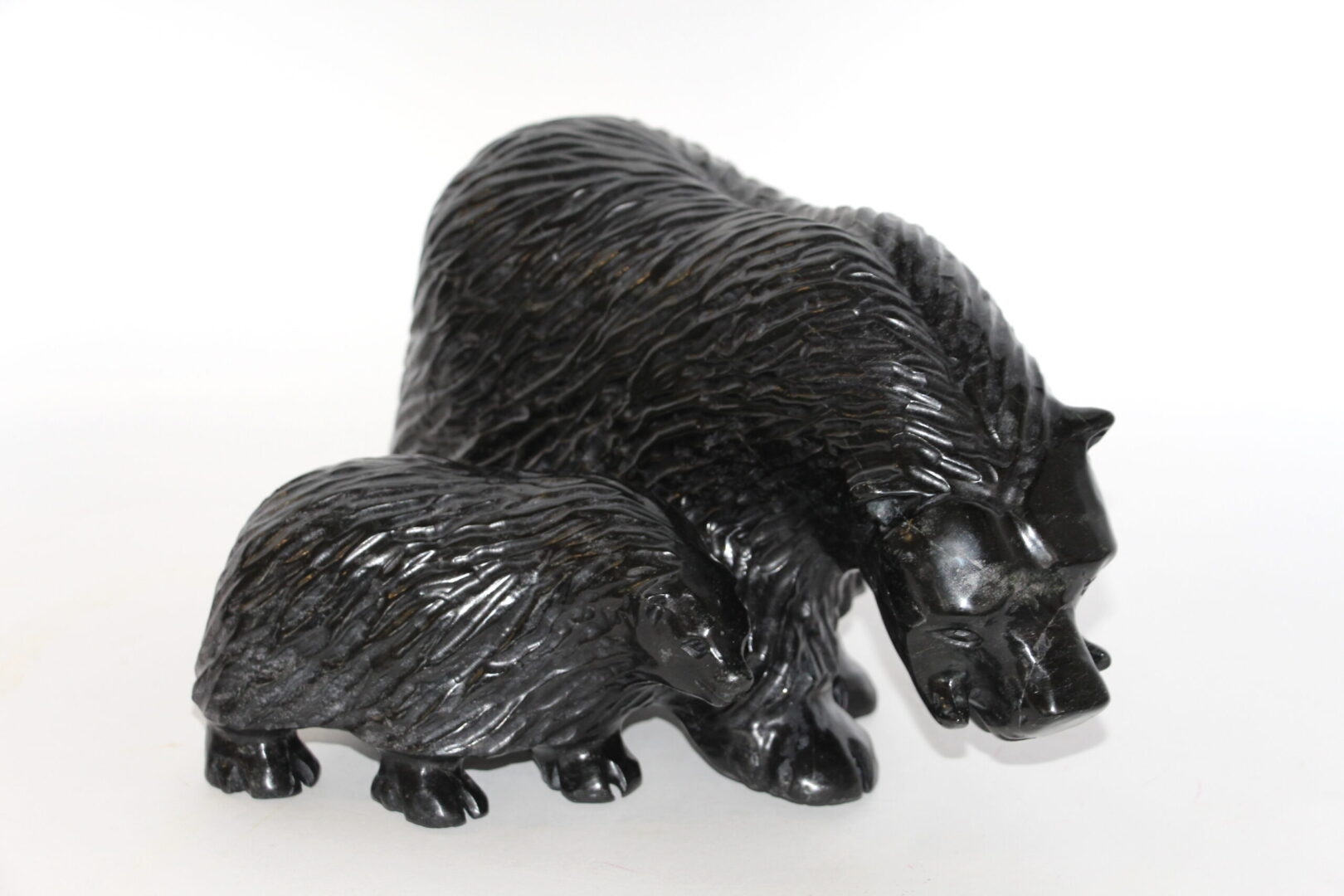