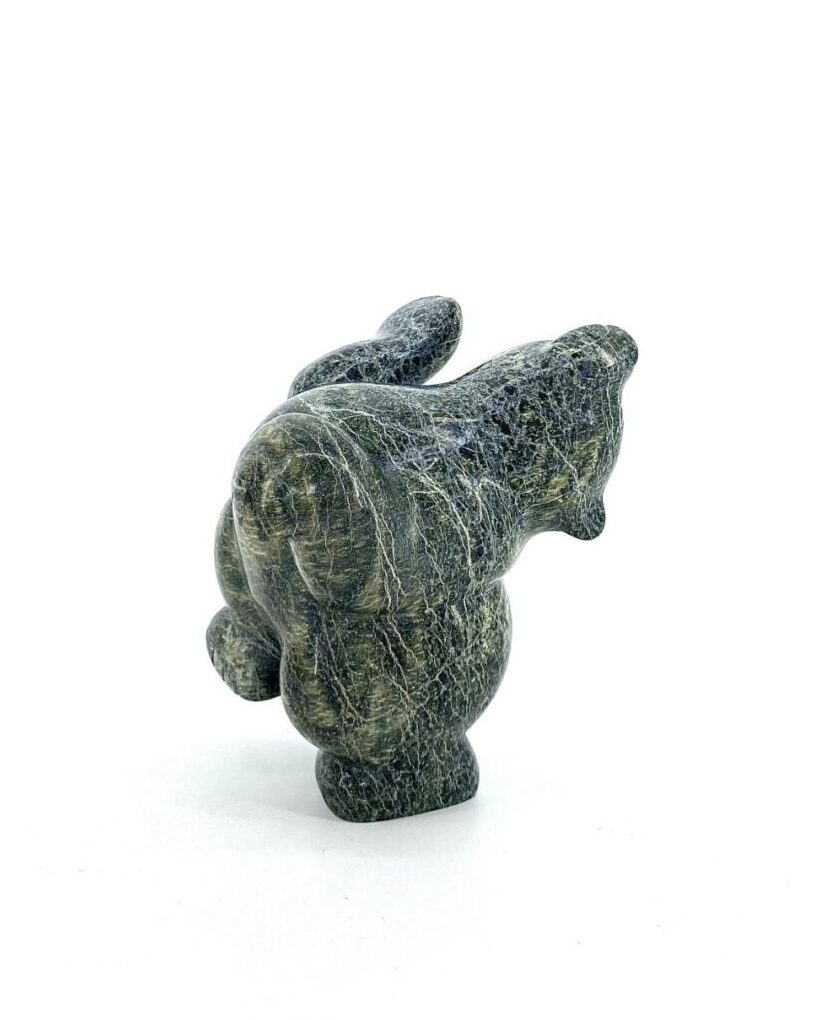 Markoosie Papigatok is a prolific sculptor based in Kinngait. He comes from a family of renowned sculptors, including his grandfather, Qavaroak Tunnillie (1928-1993). Largely self-taught, Papigatok learned by observing those who worked around him, such as his uncle Ashevak Tunnillie (1956-2018). Using both hand and power tools, Papigatok is known for creating smaller, more intimate sculptures with a whimsical touch.

Papigatok’s most common subjects are his dancing bears. His works feature polished stone, rounded lines, a plump body, and an enthusiastic demeanour. The artist also enjoys experimenting with different types of stone, sometimes using multiple varieties in his sculptures to signify a transformational theme.

Papigatok’s endearing sculptures have gained popularity around the world and have appeared in exhibitions across Europe, Canada, and the United States. His works are also in the public collections of the Canada Council for the Arts in Ottawa, ON, among many others. 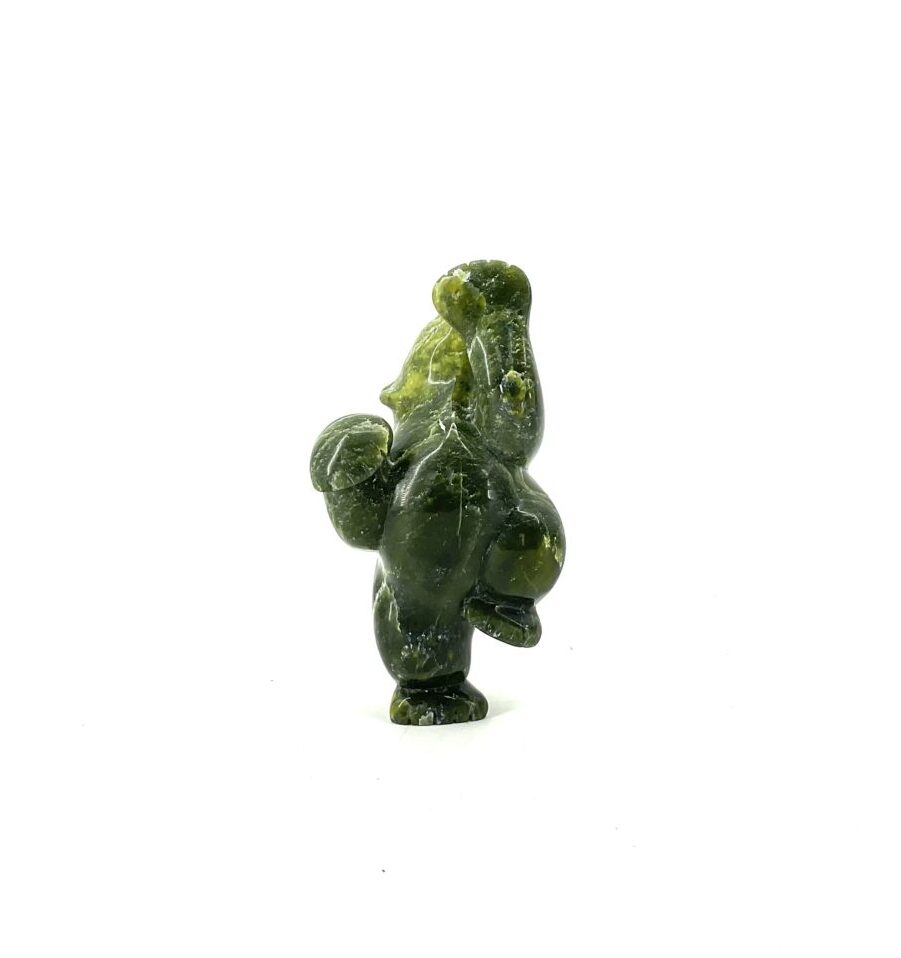 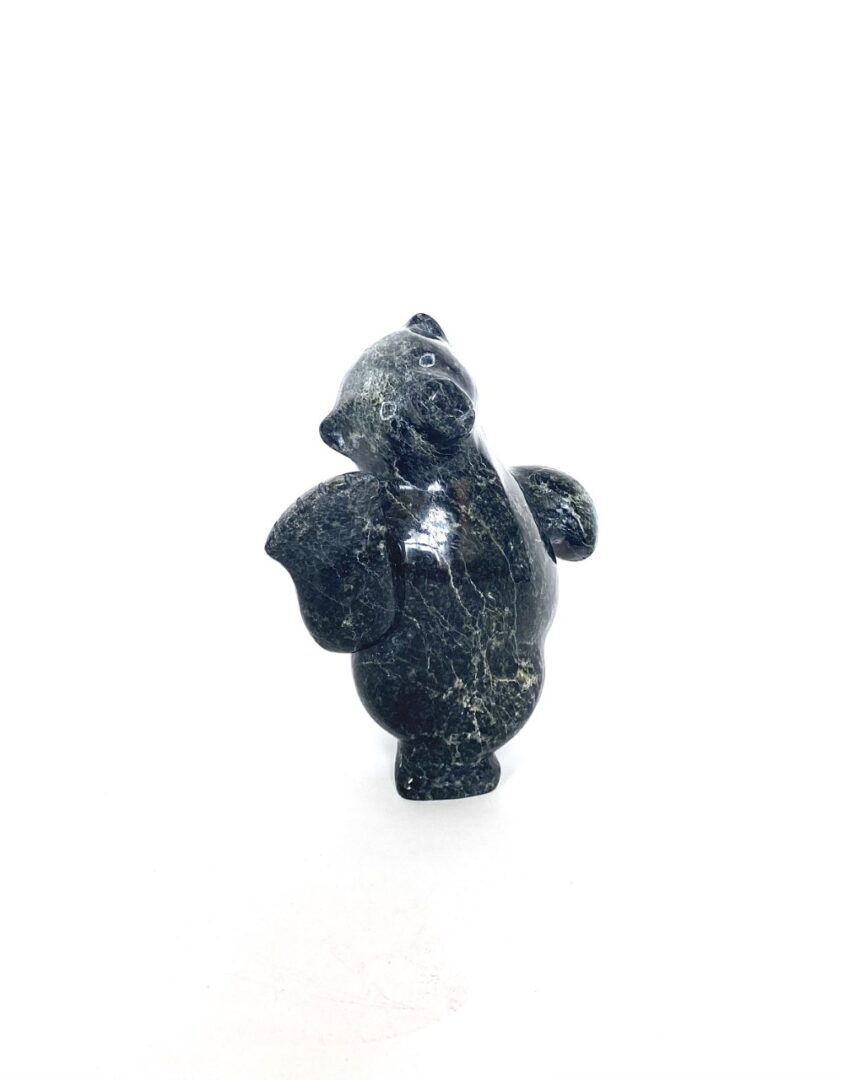 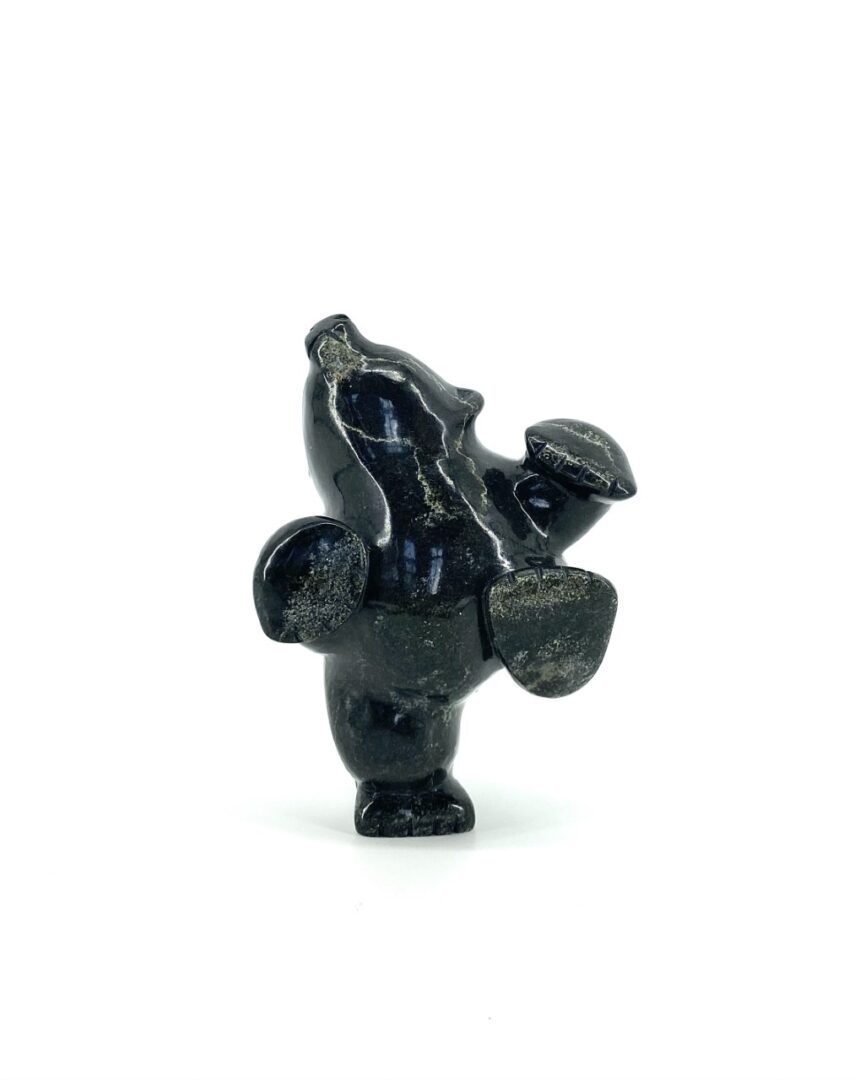 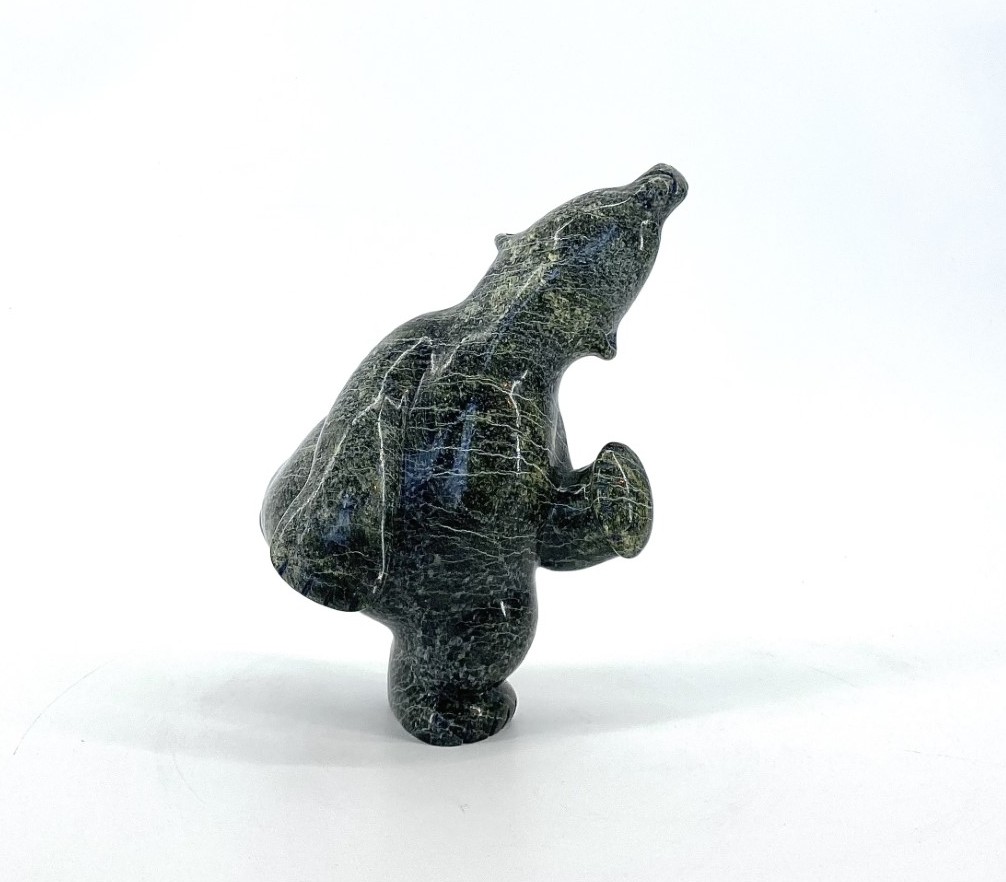 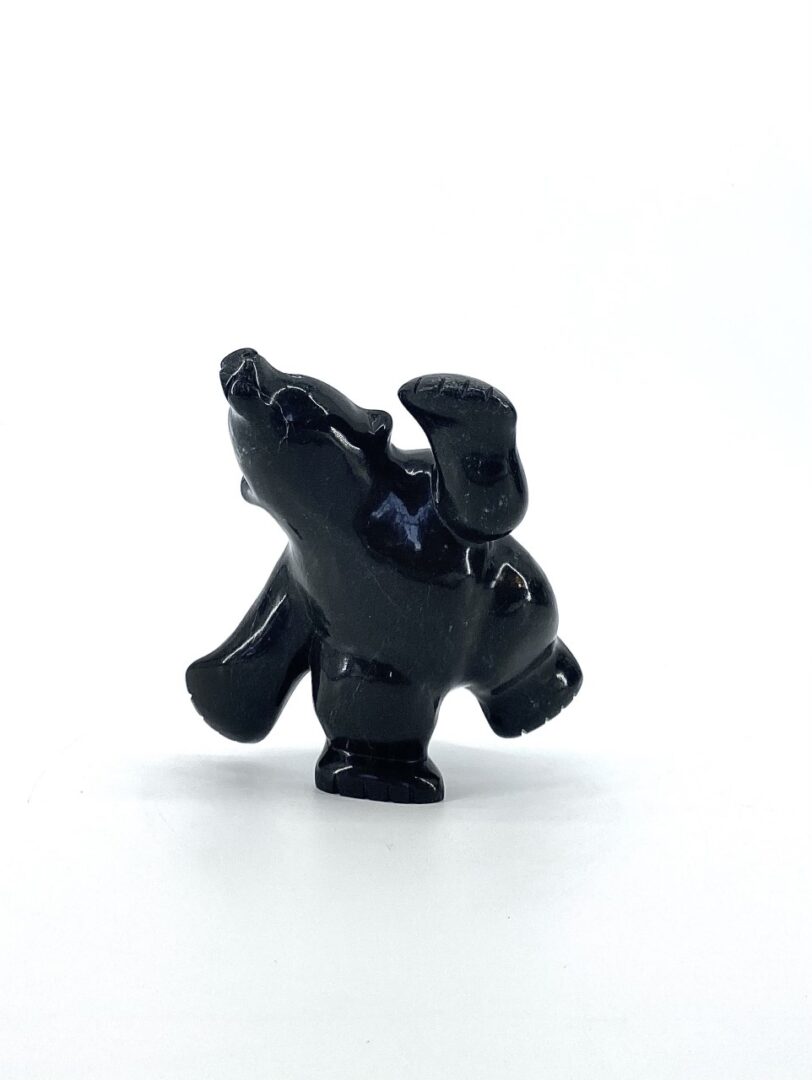 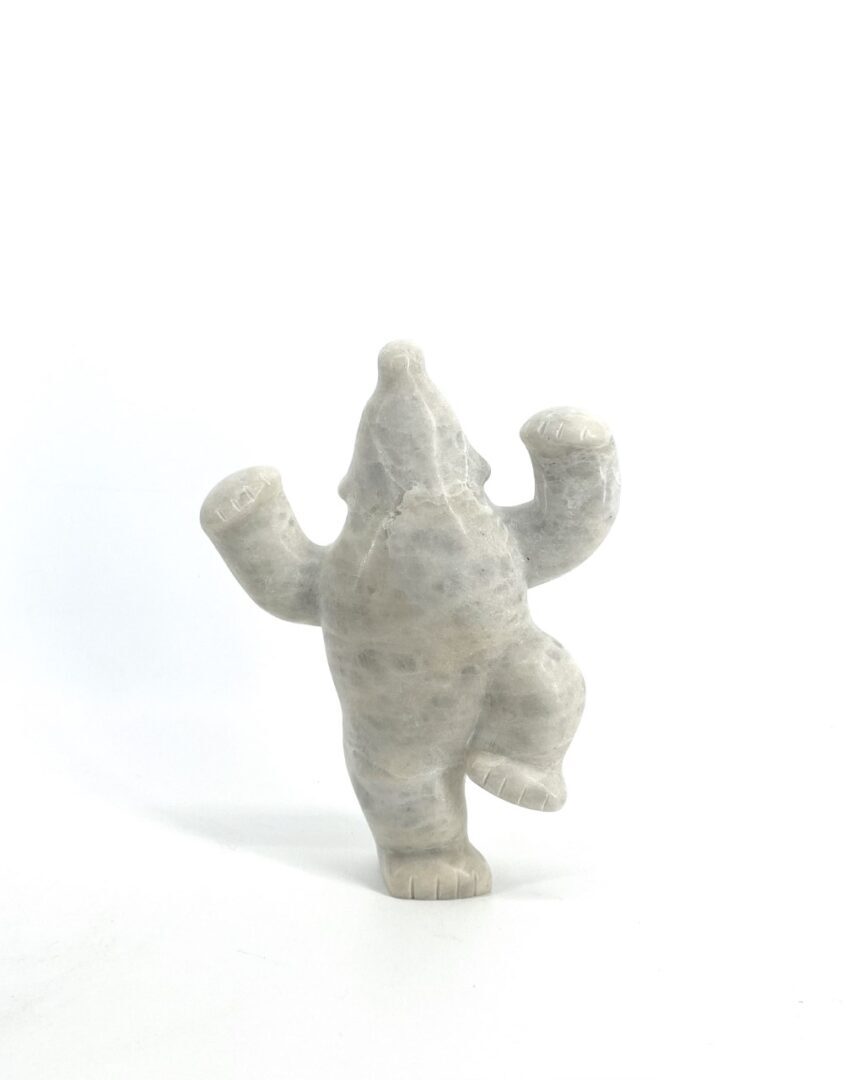 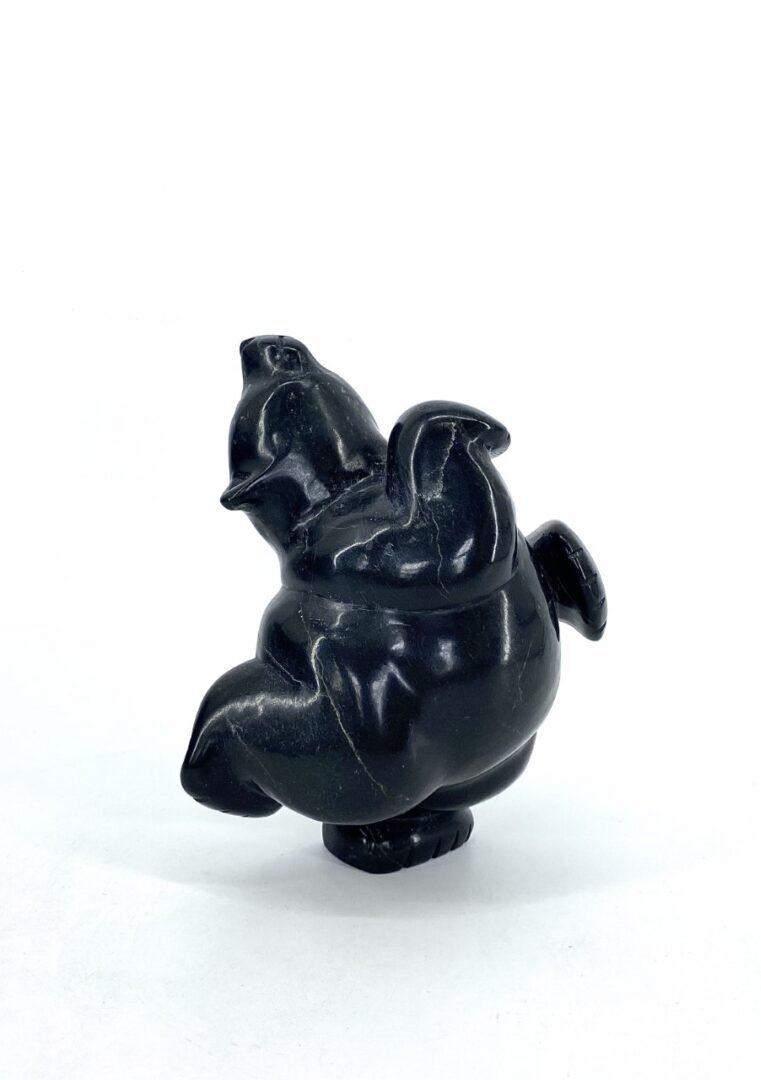 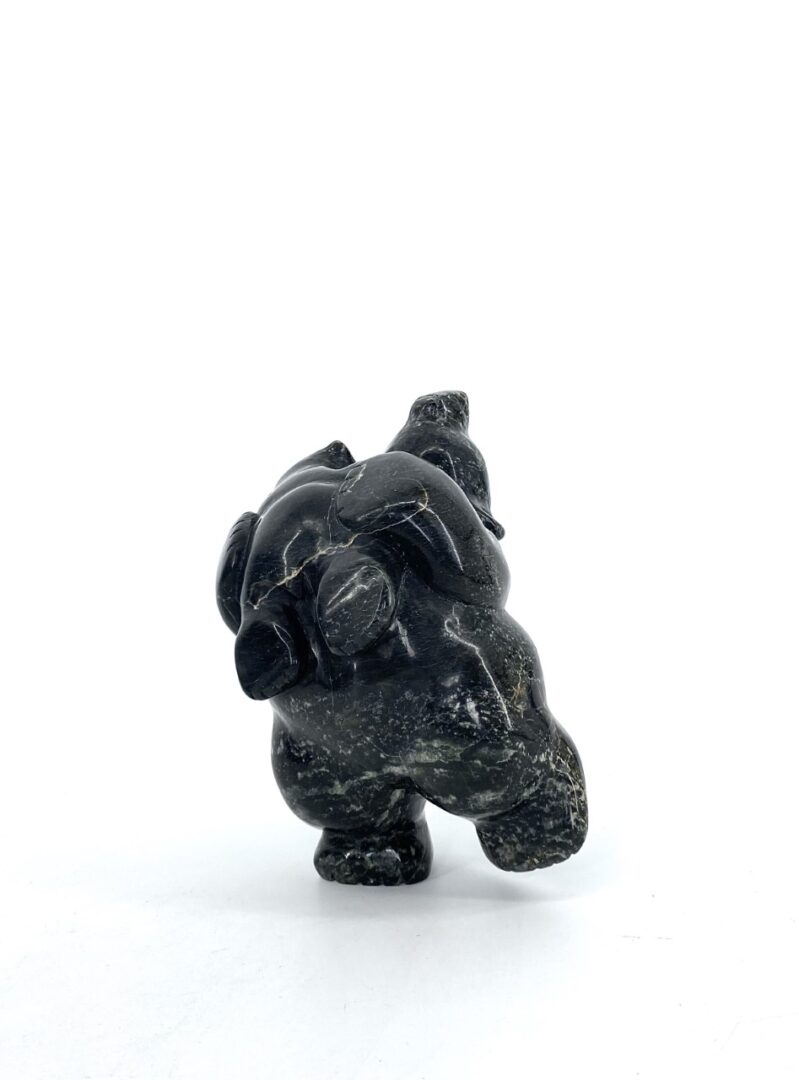 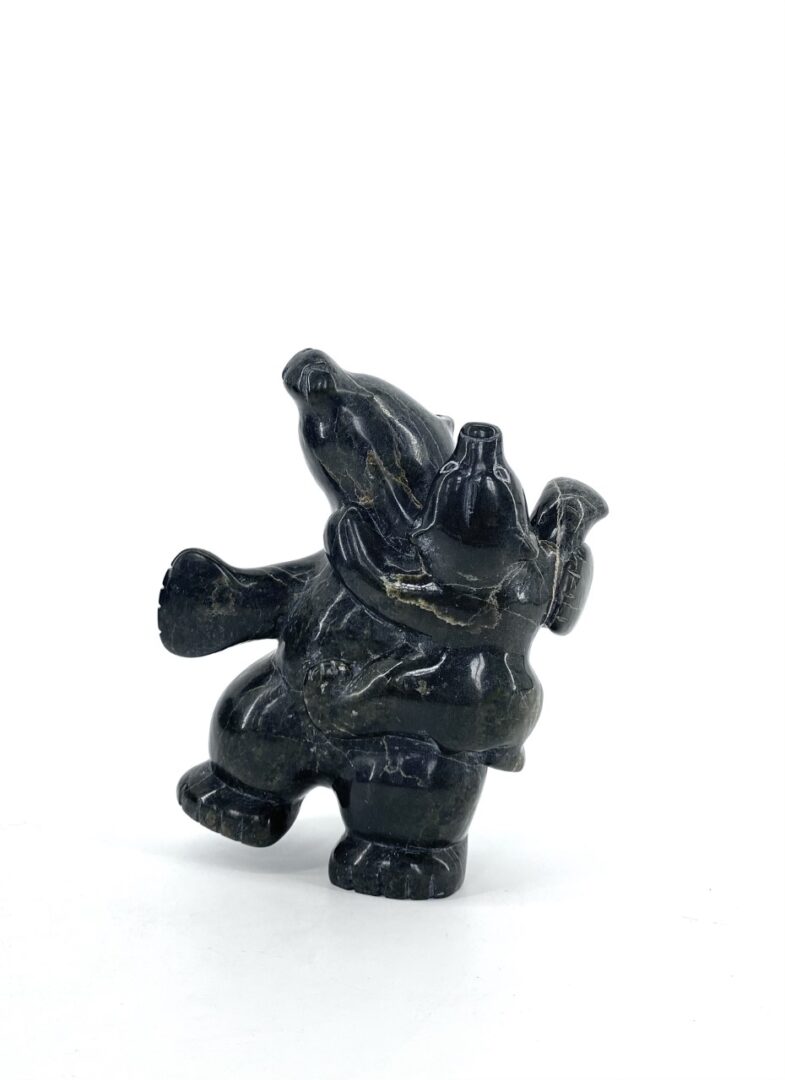 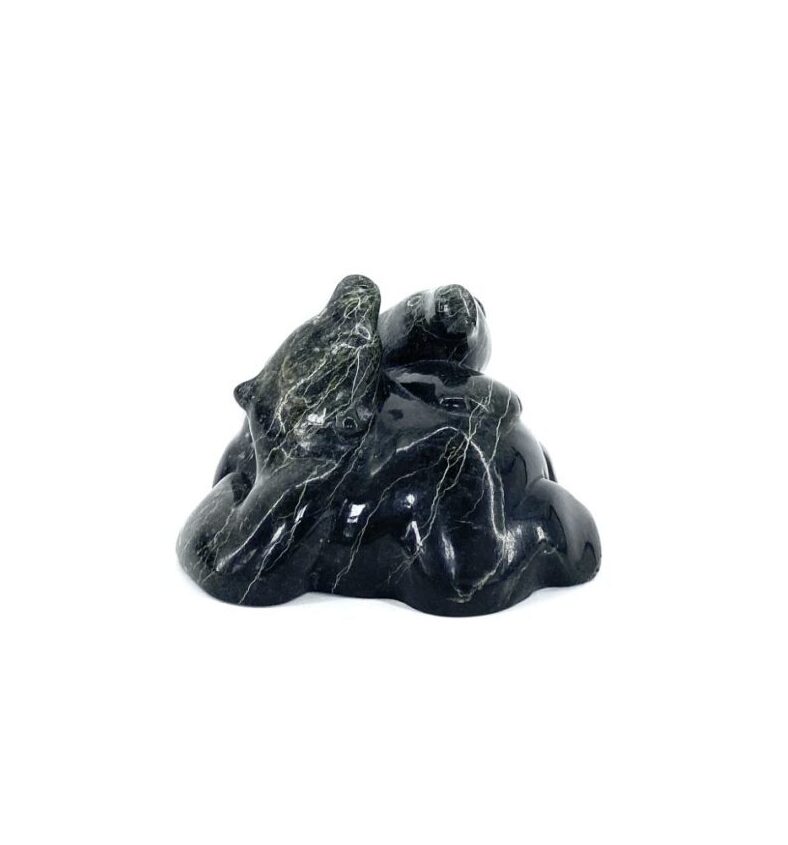 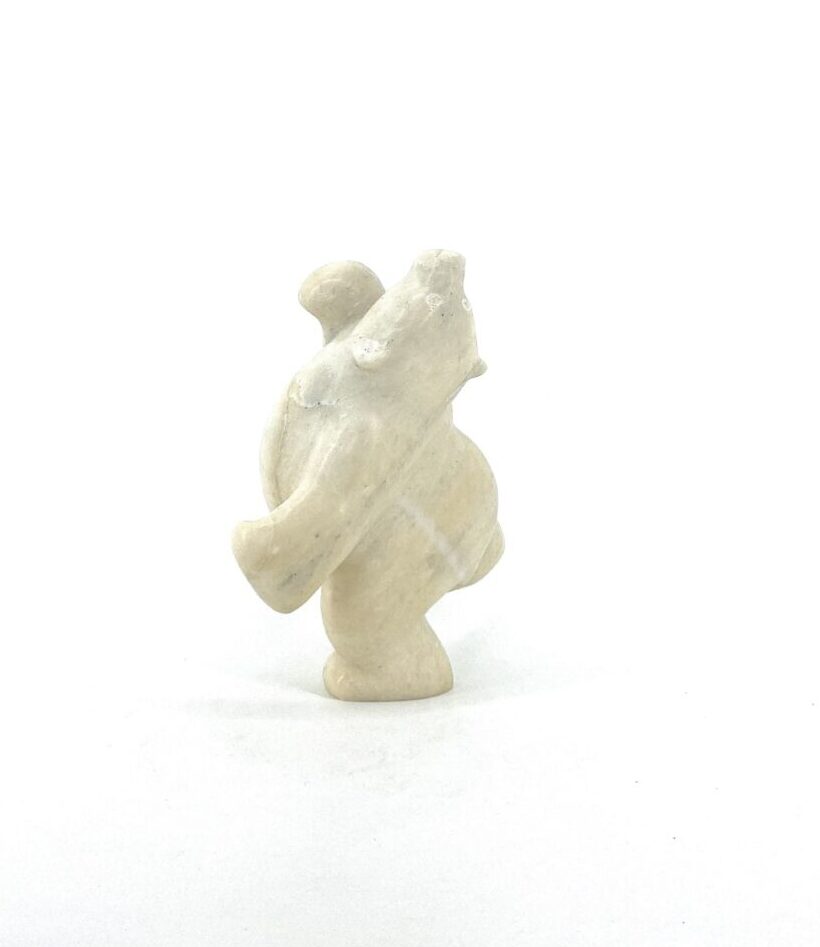 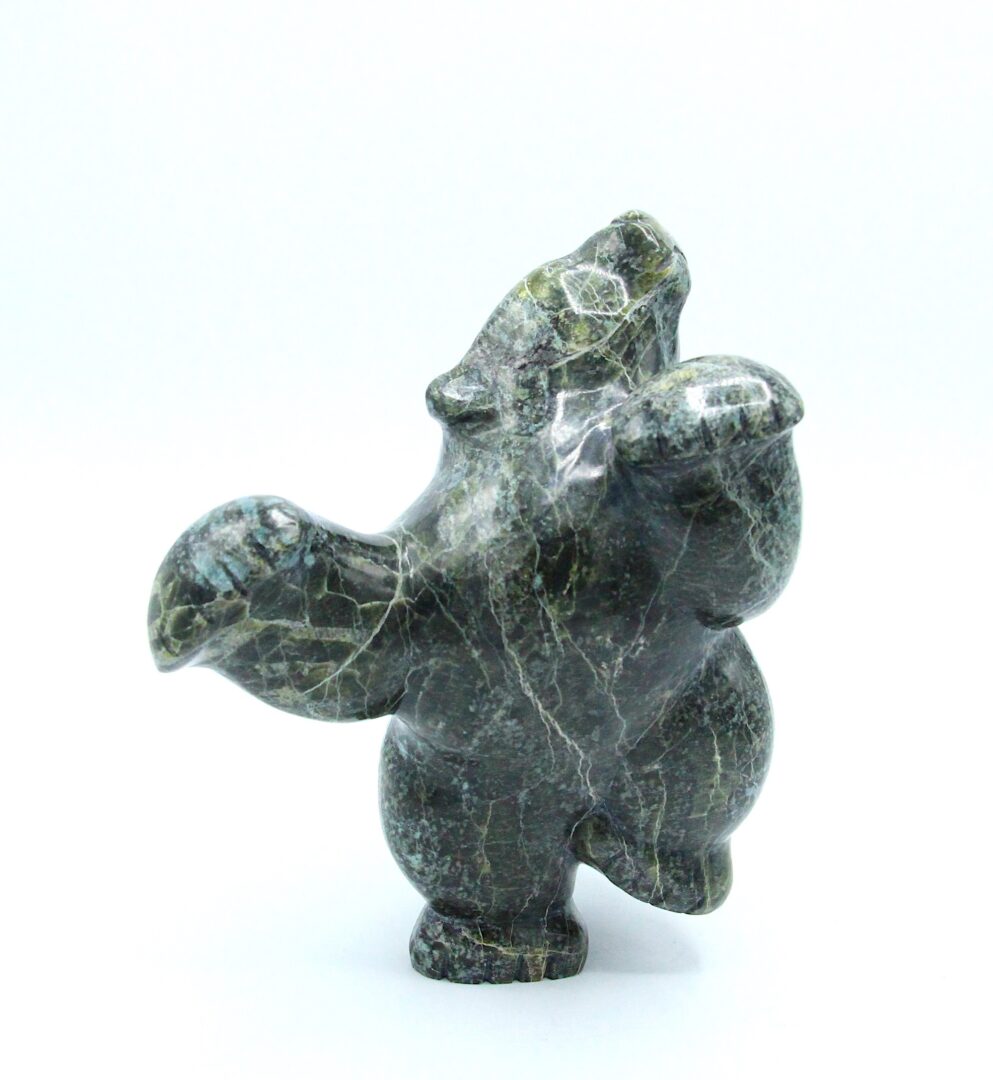 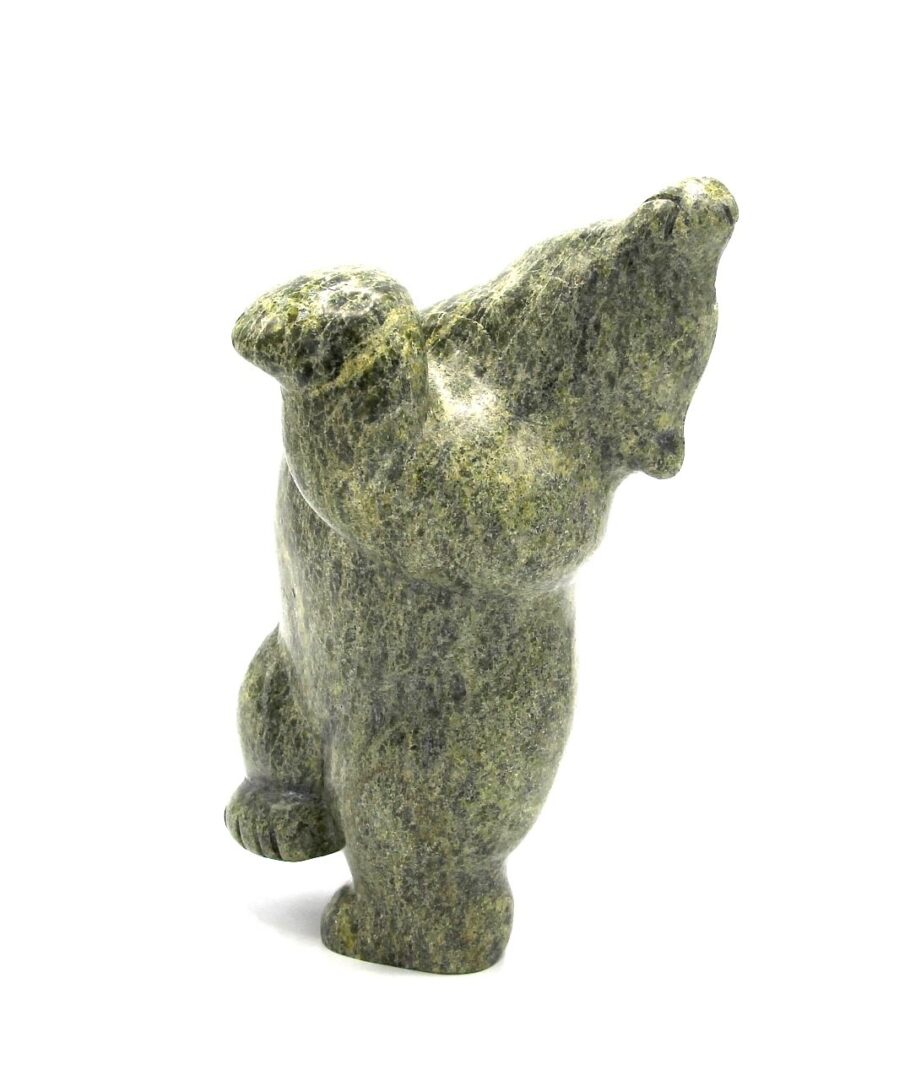 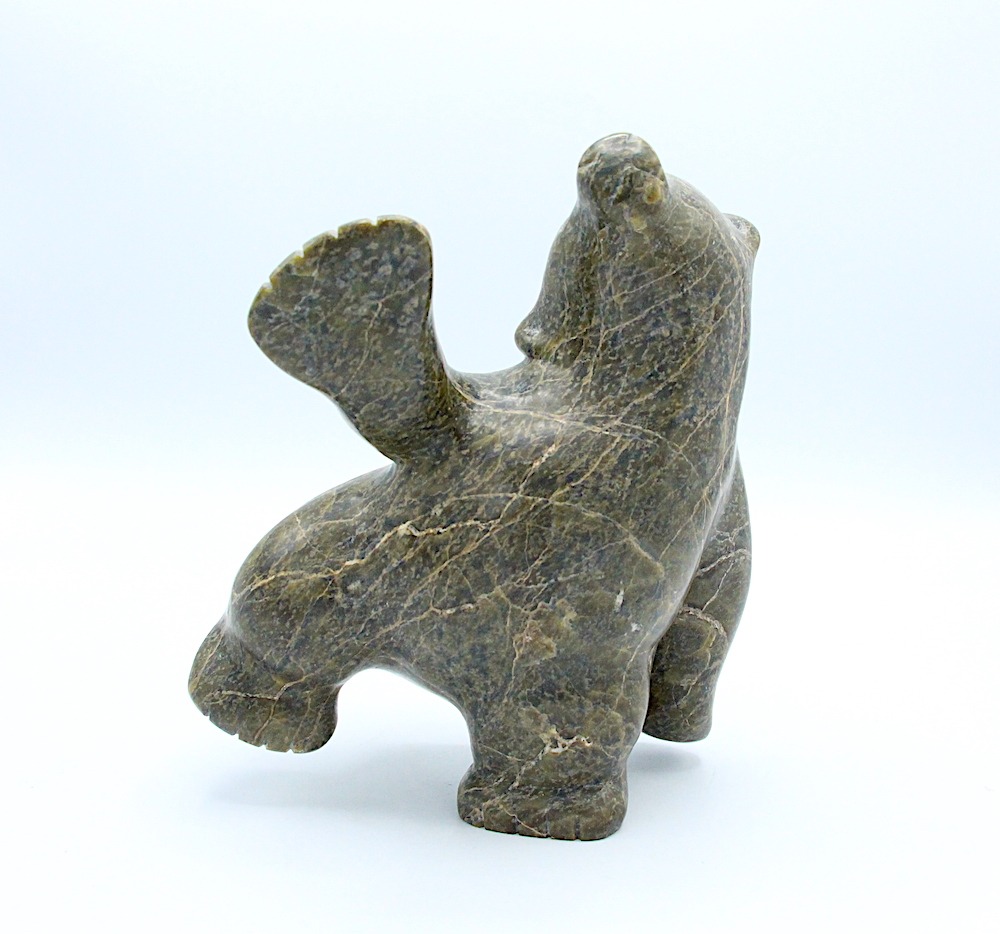 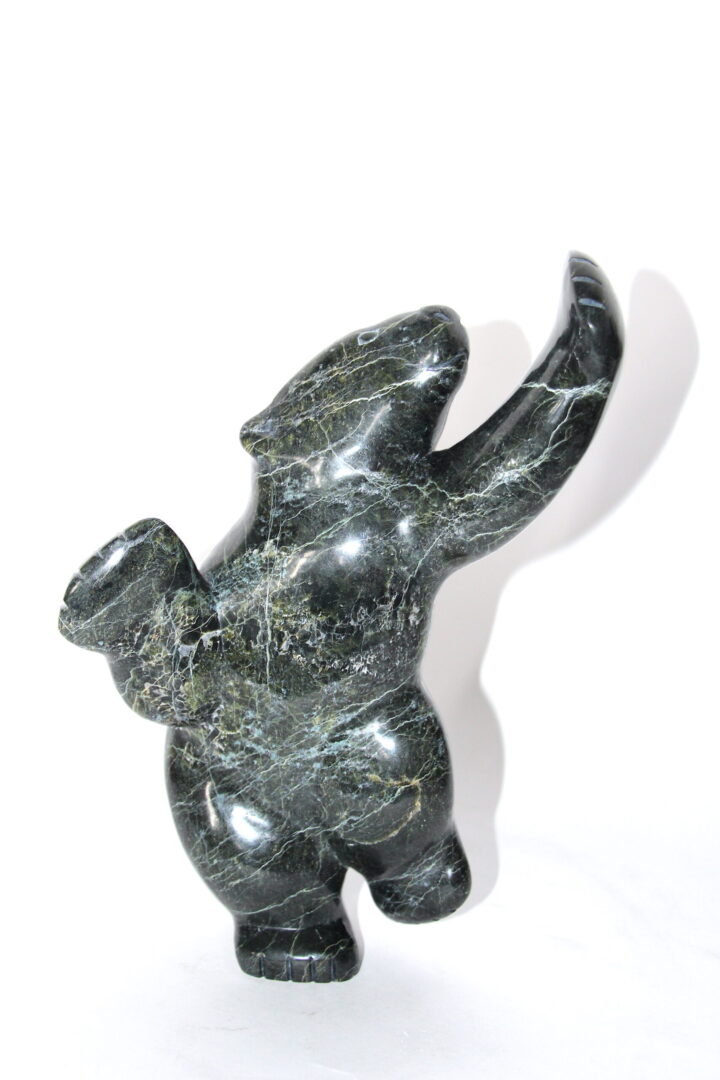 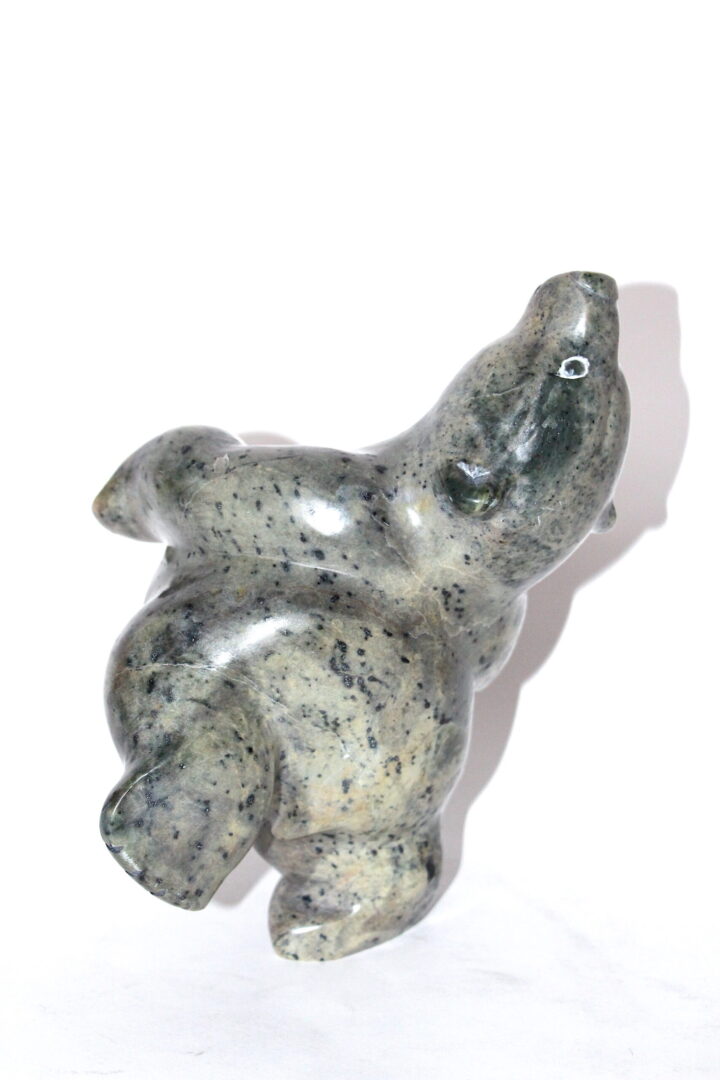