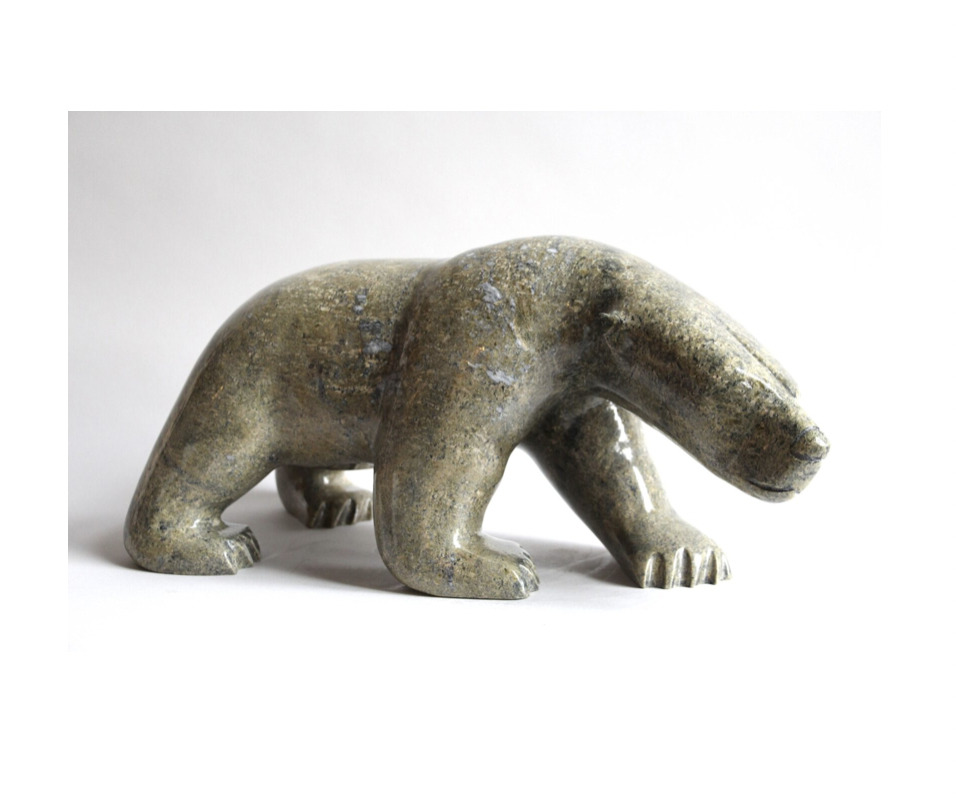 Ashevak Tunnillie is the son of Tayaraq and master carver Qavaroak (Kabubuwa) Tunnillie. Ashevak learned to carve by watching his father Qavaroak work. He has an embracing style, but one that is distinct from his father’s.

He started sculpting in 1982, at the age of 26. That same year, he moved with his wife and children from Cape Dorset to the outpost camp in Aqiatulaulaulavik.

Carving is a family affair; Sileema, his wife, helps him in his work and his son Pauloosie follows in his father’s footsteps. However, after 1995 when Ashevak lost his son, the family began moving back and forth to Cape Dorset until they settled there permanently in 1997.

Having lived much of his life in a camp, Ashevak has an intimate knowledge of polar bears. He’s seen a lot of them and he loves them. Now, when he carves one, he tries to preview it, sometimes for days, before starting his work. These days, because his large bears are so in demand, he carves them almost exclusively. Adept at sculpting in the round, Ashevak uses positive and negative space to give his sculptures an openness of design as well as a strong presence. His work incorporates the fluid sense of movement.

Ashevak’s work was featured in the 1989 “Masters of the Arctic: An Exhibition of Contemporary Inuit Art” and can be found in collections in addition to that of the Amway Environmental Foundation. 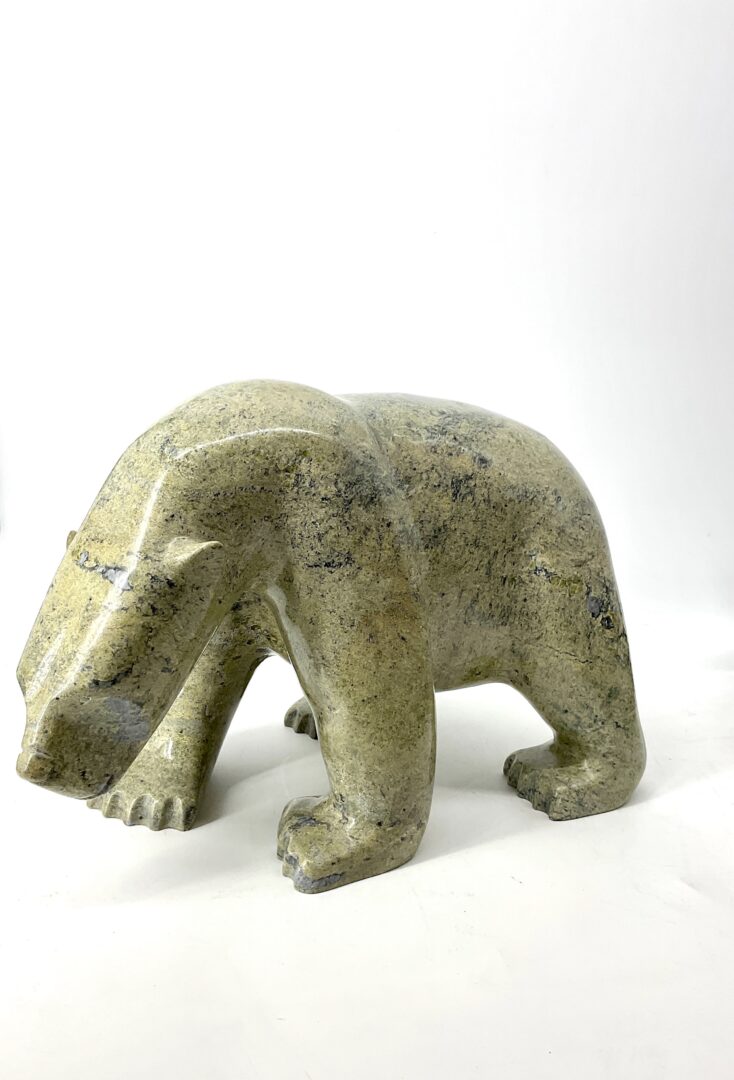 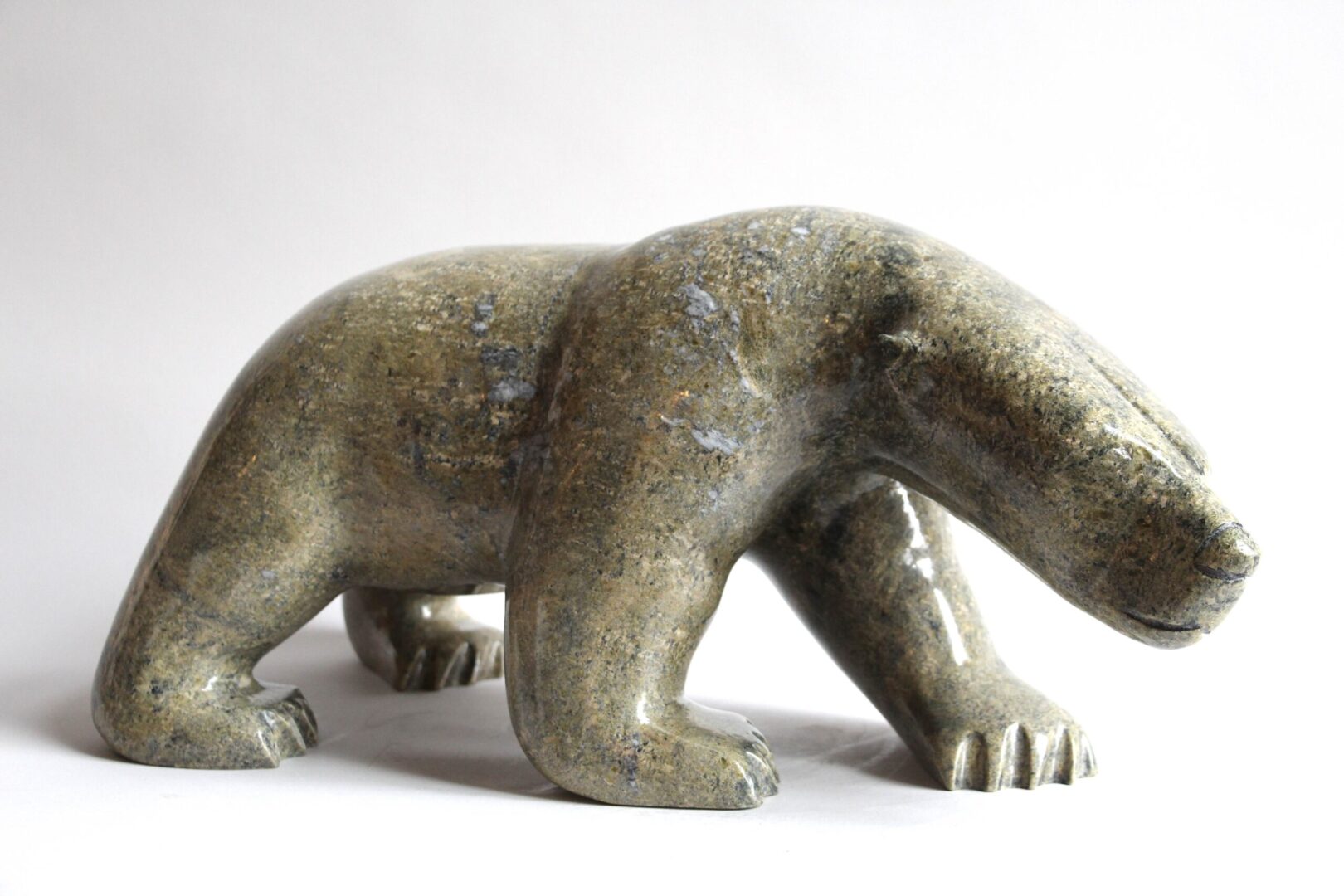 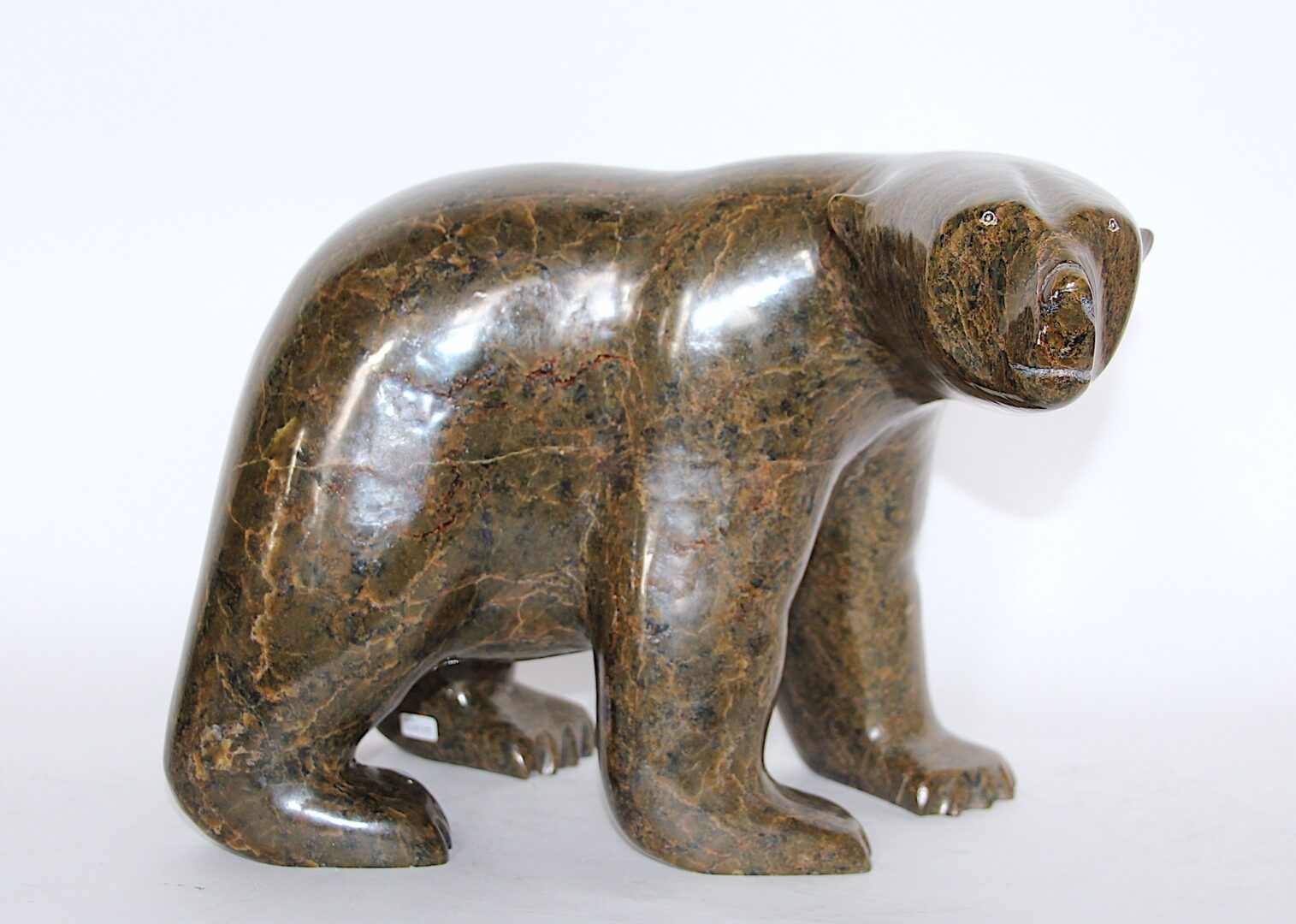 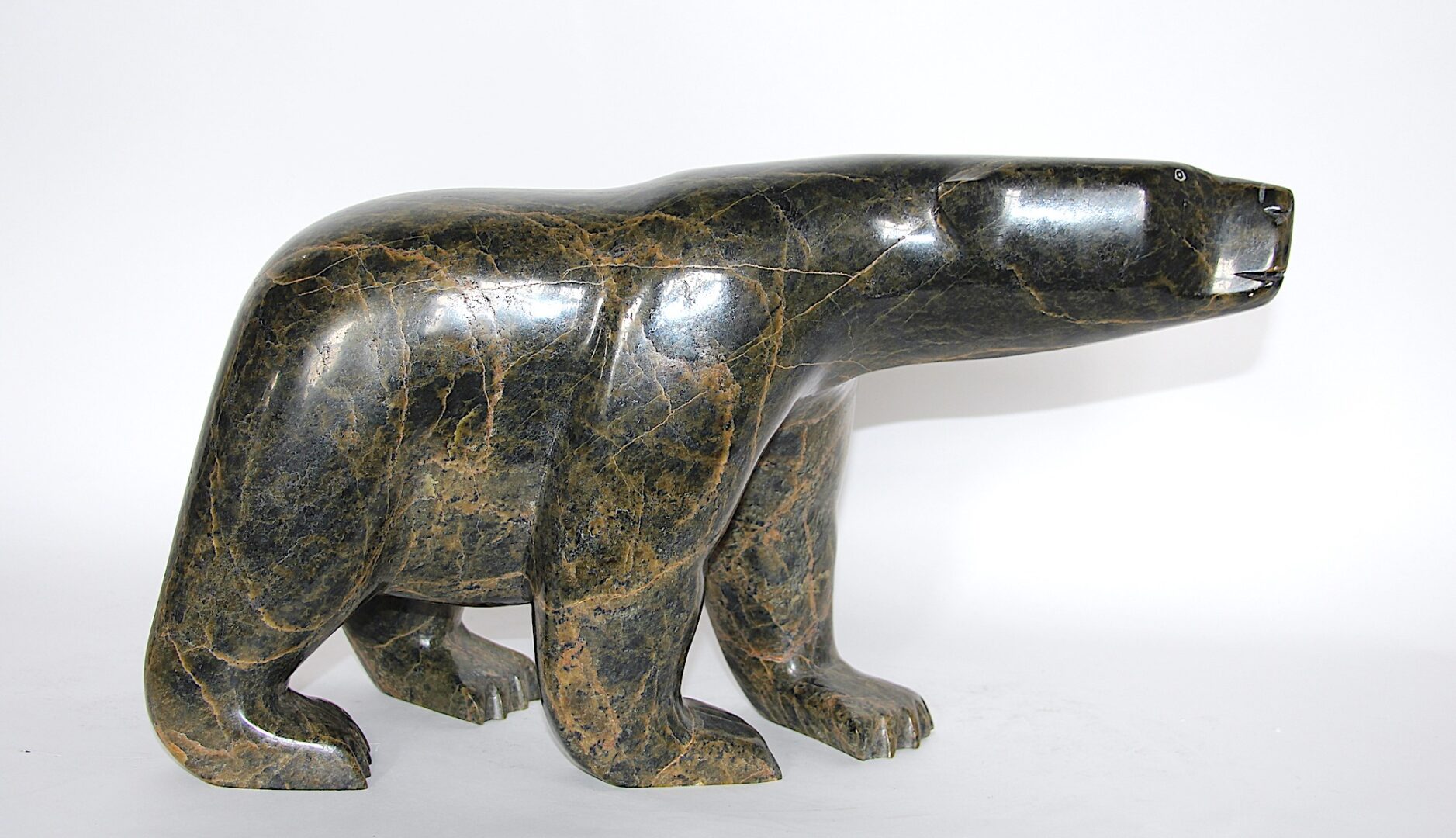 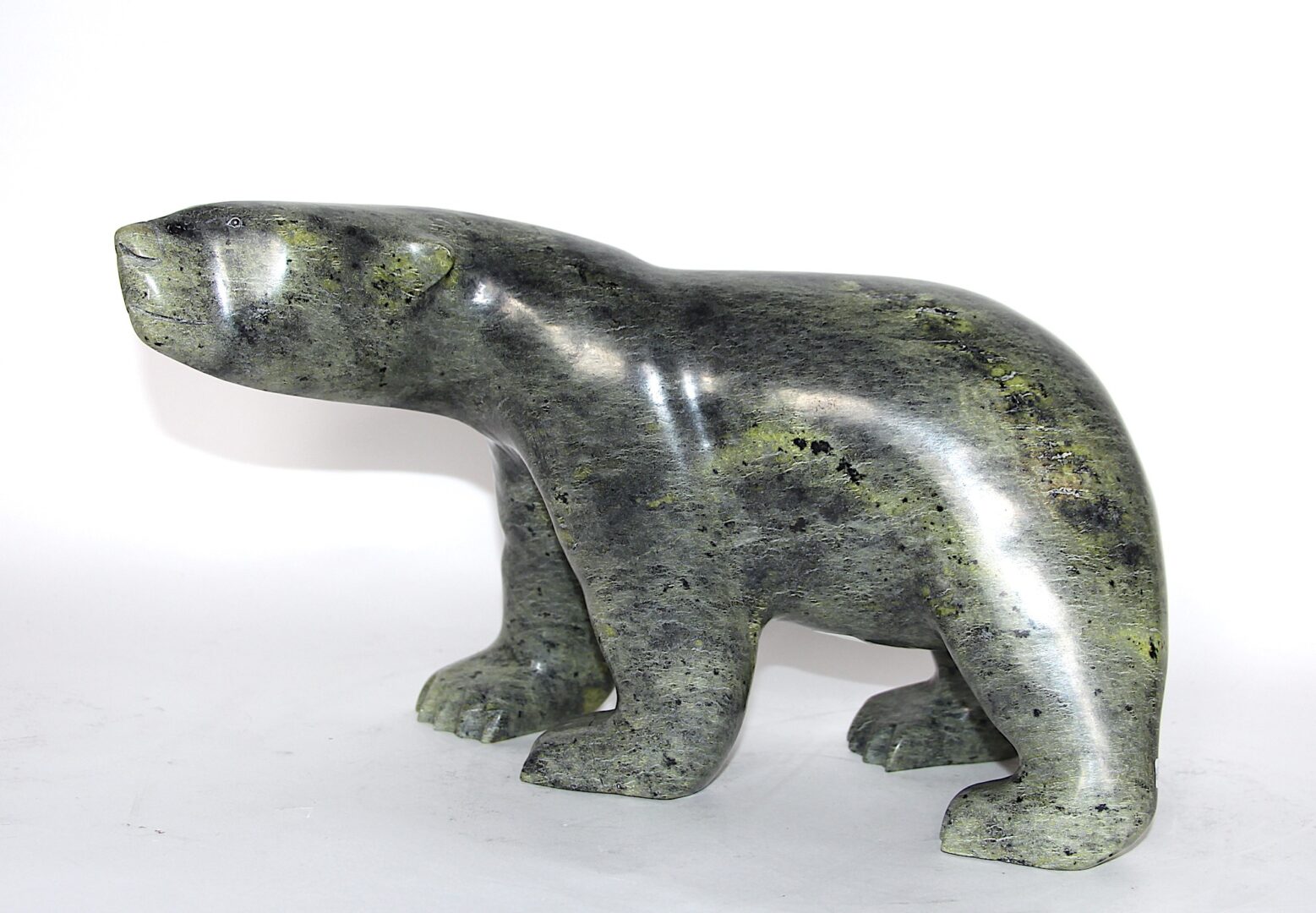 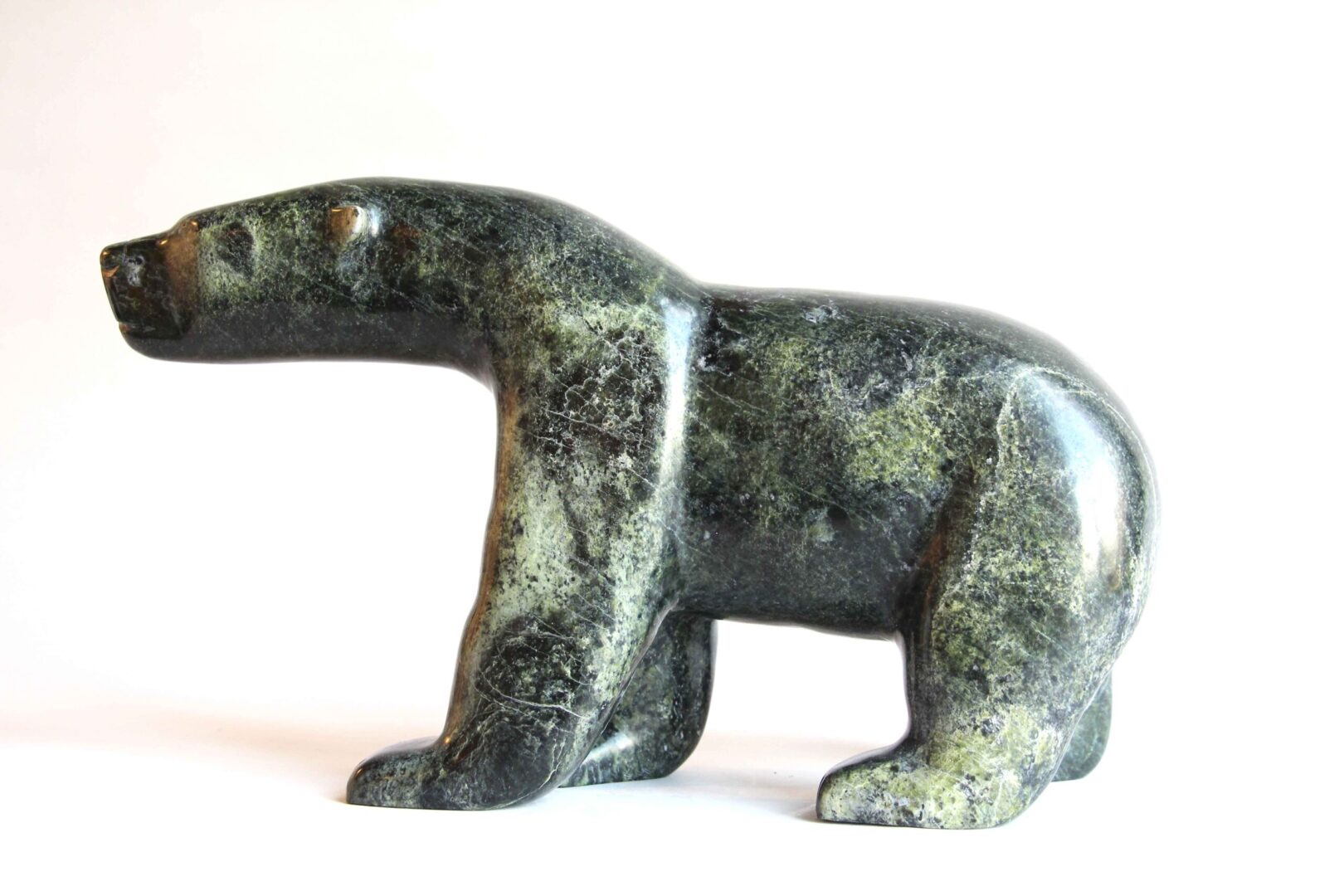