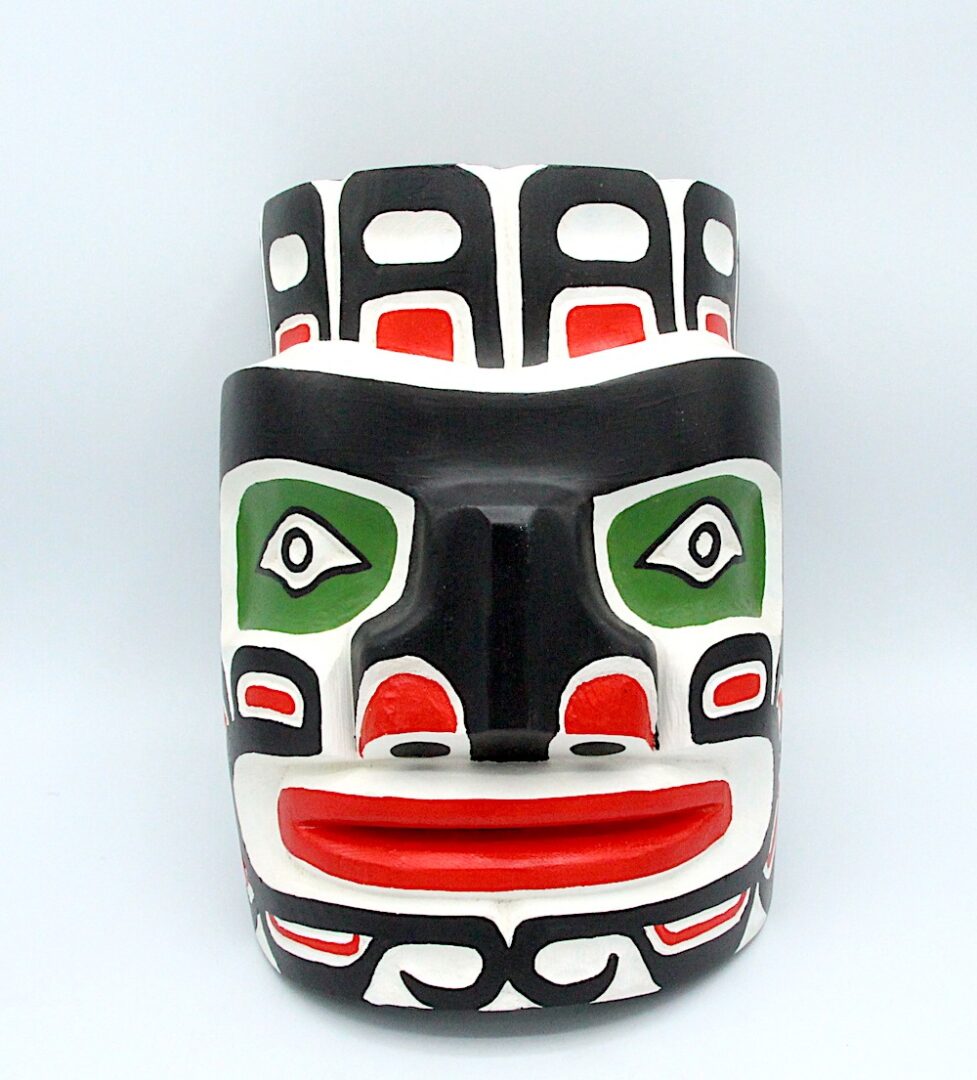 Wade Baker is a self-taught artist, taking inspiration from traditions passed on via family legends and stories. His mother, Emily Nelson Baker, is a hereditary chief of the Kingcome Inlet. His late father, Daniel Baker, was of Coast Salish descent.

Wade’s early exposure to the spiritual and cultural significance of traditional ceremonies and objects is evident in his often complex and highly detailed artistry. He combines brilliant colours and modern forms to create works that appeal both to traditional and modern collectors. In 2000, Wade Baker won a competition to design a coin held by the Royal Canadian Mint. He was also commissioned to design trophies for winners of the 2004 Adidas Vancouver International Marathon. Wade currently lives in Vancouver where he creates totem poles, masks, and paintings.

Wade’s preference is to create large public art sculptures. He has worked in steel, wood, glass, marble and many other mediums. His stainless steel North Star was commissioned for the 2010 Olympics and stands at the Vancouver Olympic Village site. One of the highlights for Wade was meeting Prince Charles when the North Star was unveiled in 2009.

As of a few years ago, Wade Baker stopped carving to focus on other projects.

king of the ocean (Kumugwi)