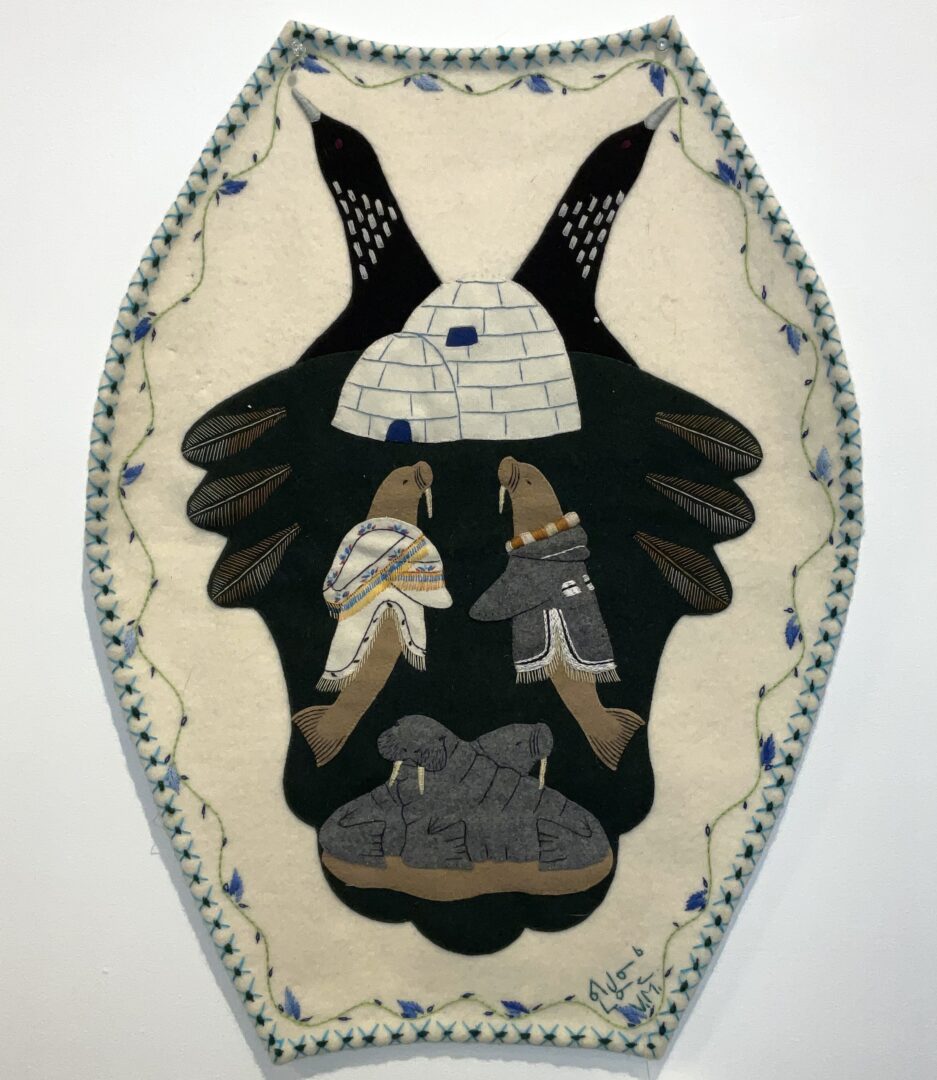 Veronica Manilak is an Inuit artist from Rankin Inlet. As a child Veronica Manilak was more interested in the outdoors. At the age of 7 when she was asked to sew. Initially, she had very little interest, but little did she know it would work out to be her life’s work to sew.

Veronica is highly known for her wall hangings; which often depict stories or legends. Her wall hangings, which are usually made of Melton cloth and wool thread. All her pieces are very detailed and have embroidered borders.

Veronica has a long list of accomplishments and recognition for her work. Most recently she was presented the diamond jubilee medal for her contribution to art and culture (January 25, 2013). She has also made wall hangings for the Government Operated Rankin Inlet Arts and Crafts Centre in 1964, in 1976 went to Montreal to demonstrate her art, exhibited in Inuvik in 1991, and was in Vancouver for the 1986 Expo.

Veronica also made parkas with her popular designs for Princess Anne, Prince Charles and Queen Elizabeth II, as well as a bed spread and pillow cases for Her Majesty presented over the Royal Visit in 1994.