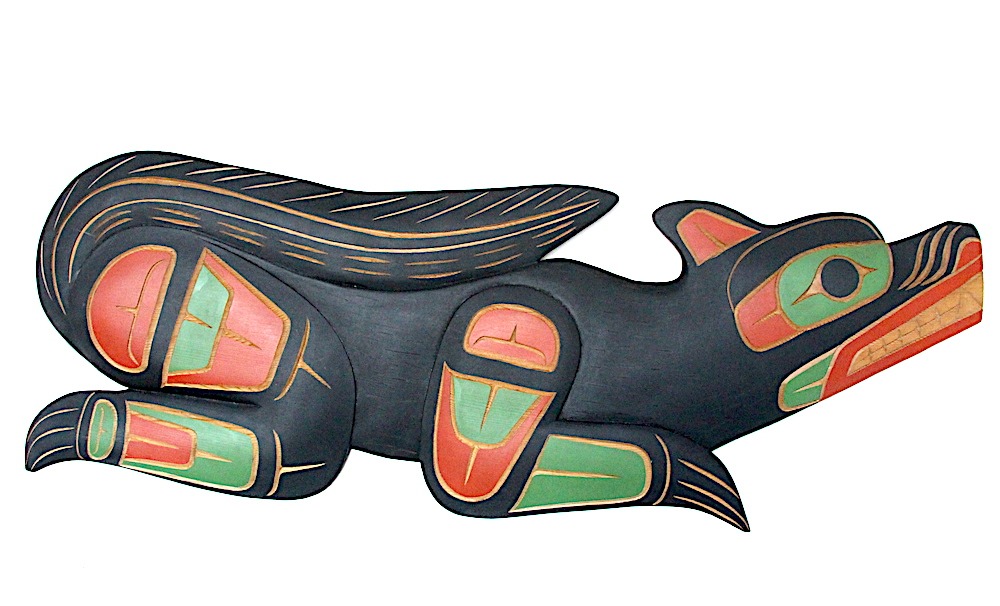 Troy Baker was born in an area representative of the Squamish Nation, Coast Salish people who inhabit the southern region of the province. He is known for making Thunderbirds, the most powerful mythical creature, as his family crest. Troy has been carving for more than fifteen years and reveals that Warren Joseph taught him the essentials of carving when he was only 15 years old.

During his carving career, Troy has worked with Peter Charlie and Darren Yelton, two artists well known for his three dimensional carving style. However it was his uncle, Matthew Baker, who most influenced Troy’s style and form. Presently, Troy Baker specializes in masks, plaques and totem poles.