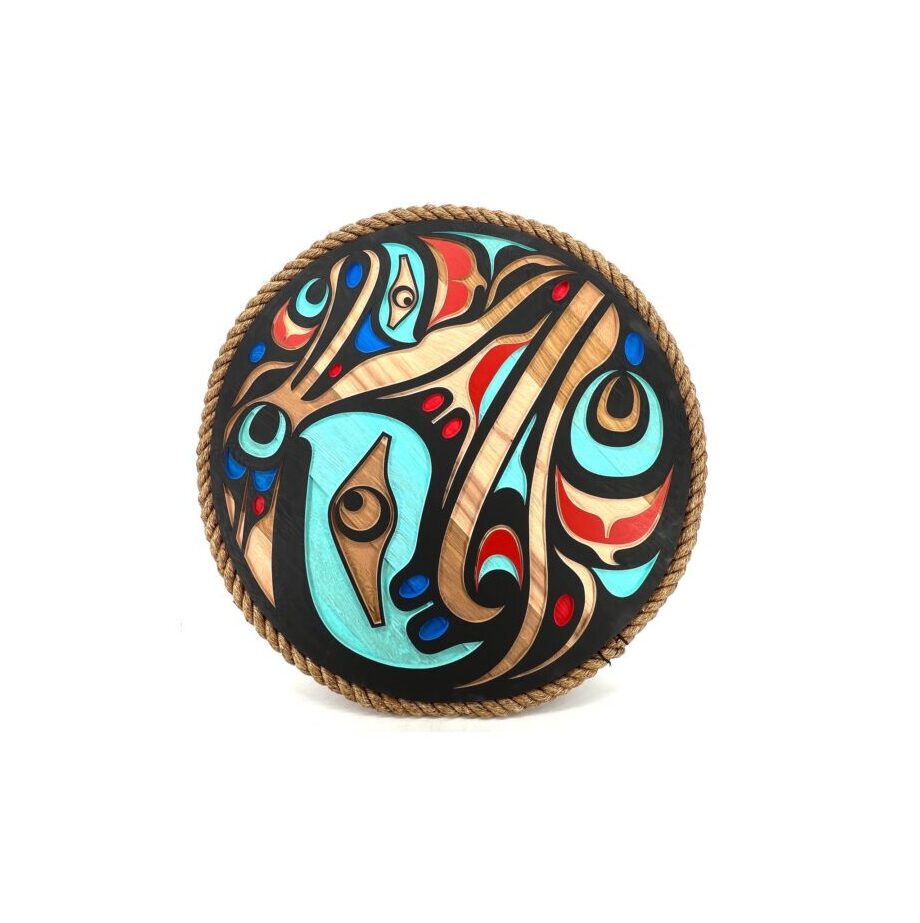 Born on March 9, 1975, Kwakwaka’wakw artist Trevor Hunt is from Fort Rupert BC.

Hunt began his career as a young artist, painting at the age of 13.

After learning the traditional form lines, he began to carve Kwakwaka’wakw art alongside his Father Stanley Clifford Hunt, and cousins Tim Alfred, and David Knox.

In 1993 he released his first set of prints in Montreal, and since then has released a new print every year.

Teaching the youth to carve is very important to Trevor, so he takes time out to teach the children of Wagulis School in Fort Rupert, as well as Fort Rupert Elementary, where he was asked to donate a drum design for the school in 2011, which they use as their new logo. 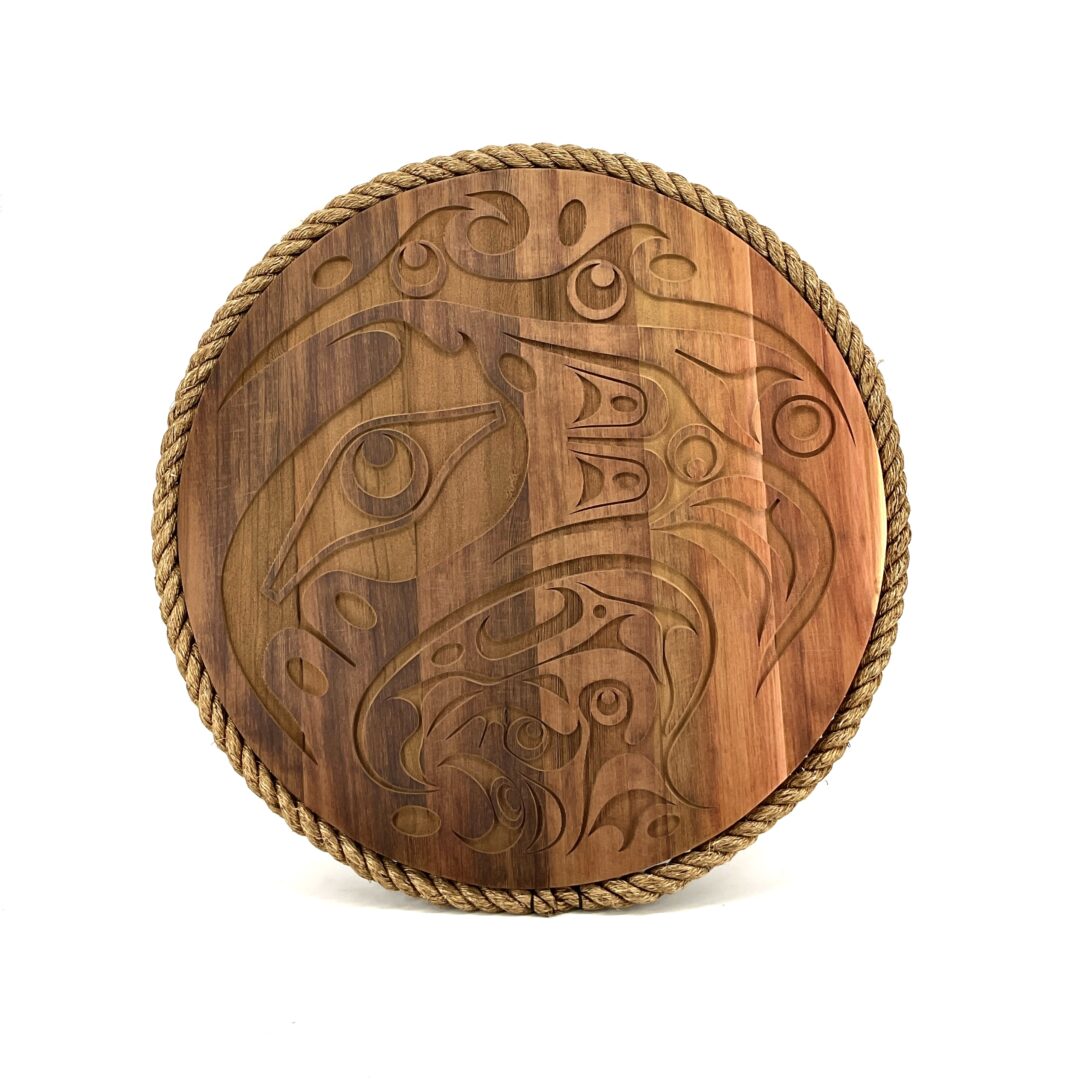 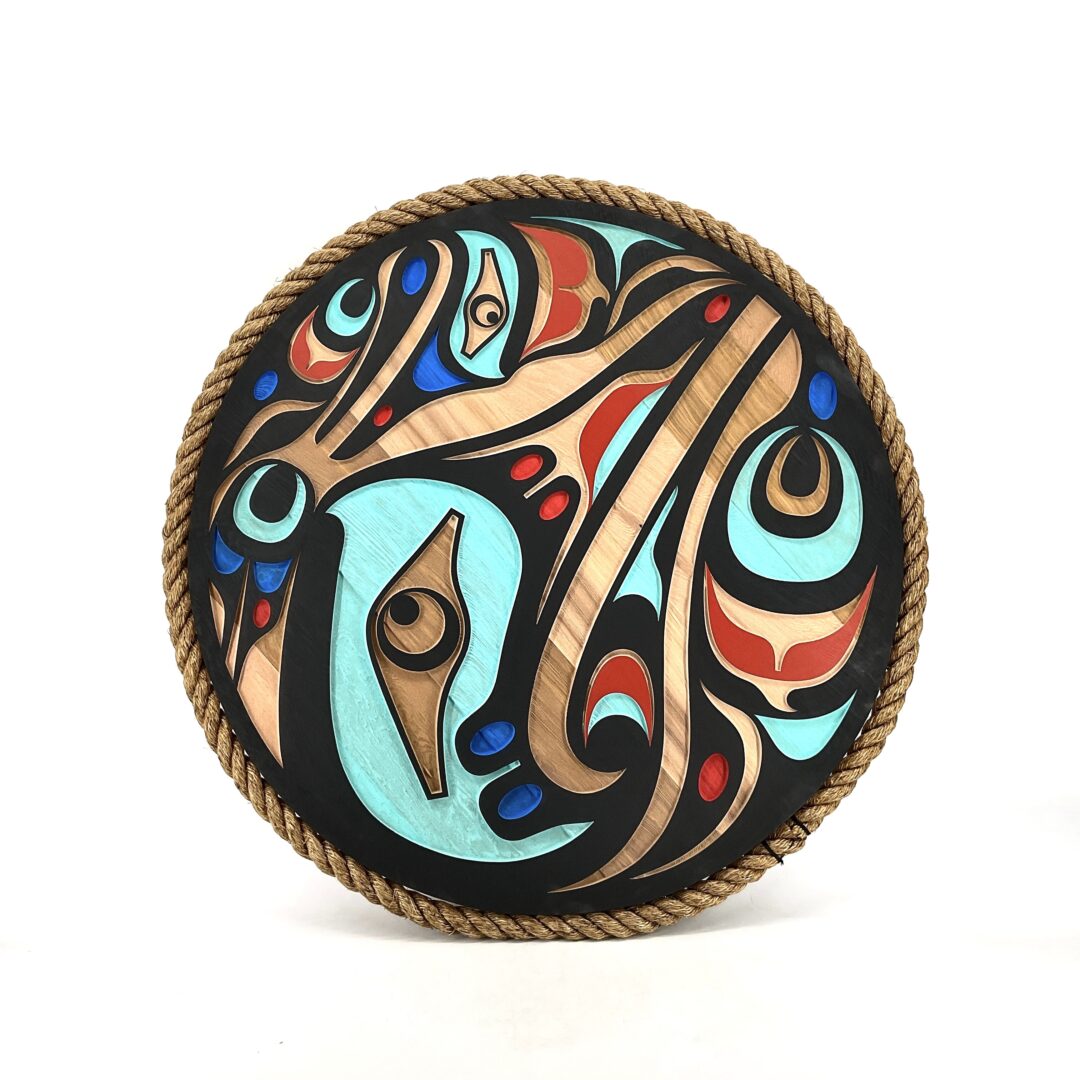