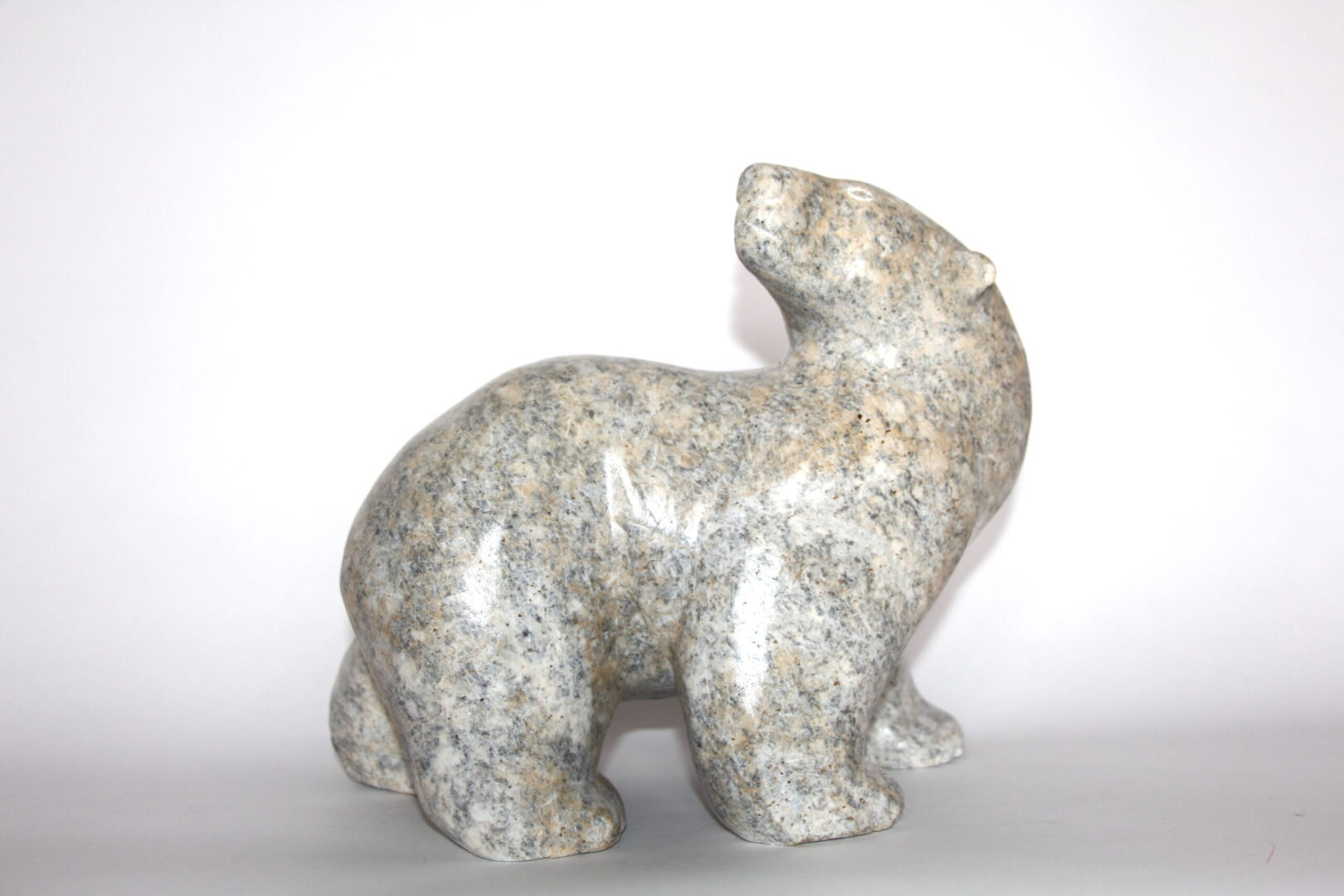 Tony Oqutaq is a young generation Inuit sculptor. He started sculpting when he was thirteen, progressing rapidly and growing into a very accomplished sculptor from such a young age.

He prefers to sculpt bears, but excels in depicting all wild animals. His sculptures are bold and dramatic compositions in which the manipulation of elegant natural forms, sinuous lines, space and light compete for content in importance.

Tony Oqutaq is one of the most promising Cape Dorset sculptors of the younger generation to date. 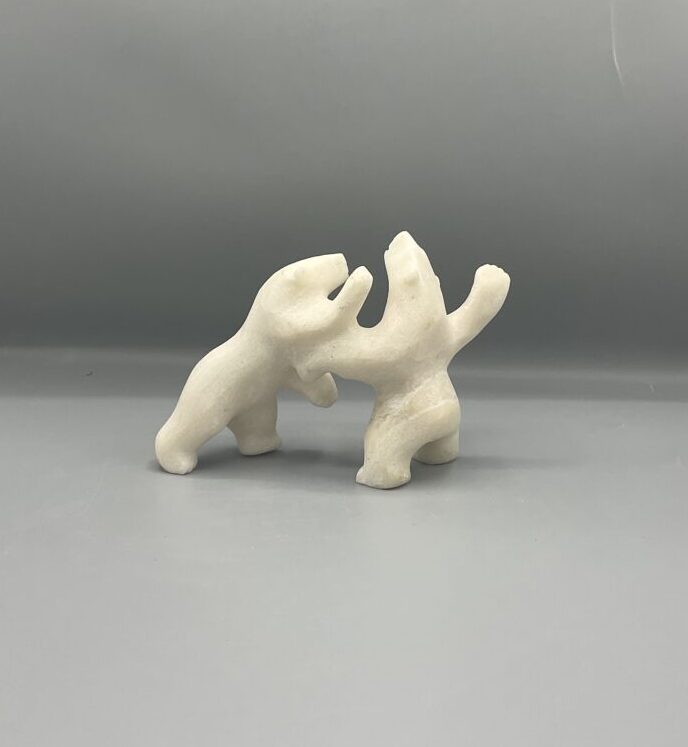