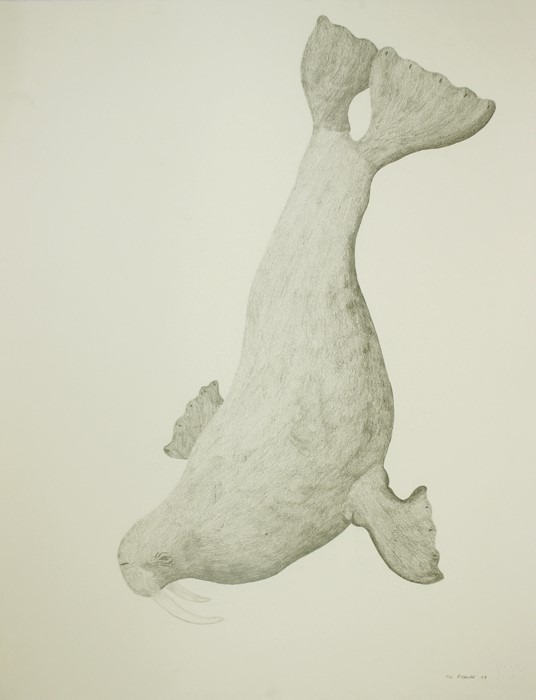 Tim Pitsiulak has been drawn to the arts and various forms of artistic expression for many years. He started to draw as a young boy and later took up carving as well. He has also participated in jewellery-making workshops offered in Iqaluit.

Tim has been living in Cape Dorset for several years now and has enjoyed working in the lithography studio with visiting arts advisor, Bill Ritchie. The land and its wildlife were initially the primary influences on Tim’s realist drawing style. More recently he has become a chronicler of the everyday, drawing large format, meticulously detailed depictions of boats, heavy equipment and airplanes – the machinery of modern life in Cape Dorset.

Tim Pitsiulak is a hunter and his respect for the natural world and its wildlife is fundamental to his artistic sensibility. Tim is particularly inspired by the whales that frequent the cold, Arctic waters – the beluga and the bowhead – because, as he says, nobody really knows much about them. The bowhead in particular is a majestic and mysterious creature and frequently he will embellish his drawings of these animals with ‘tattoos’ of ancient artifacts.

Tim artistic career was recently featured in the 2012 summer issue of The Walrus magazine and in 2013 he attended a very productive printmaking workshop at New Leaf Studios in Vancouver.

Tim Pitsiulak continues to attract an avid following for his large naturalist drawings of Arctic wildlife. 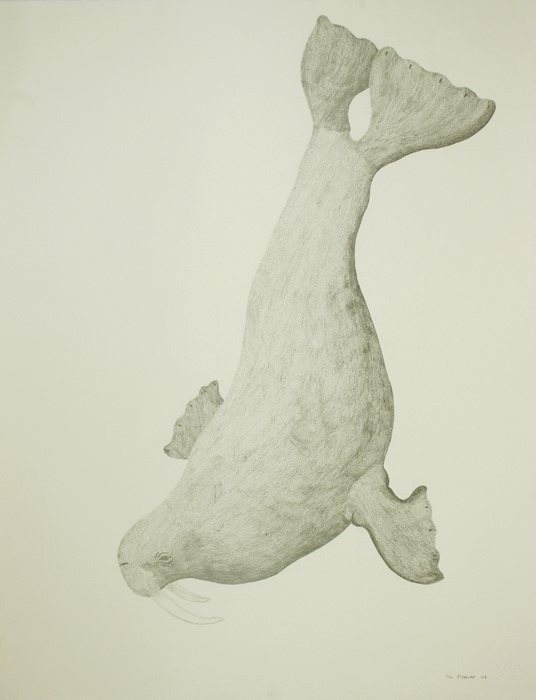