While some children are said to be born with a silver spoon in their mouths, you might say Ses was born with a carving knife in his hand. Almost before he could walk he was at his dad’s side carving on a piece of wood while his father worked on his next mask.

While his dad and grandfather were self-taught carvers, Sesyaz had the great advantage of being tutored by his dad. A natural teacher, Skip Saunders taught Ses the fundamental skills of carving and the elemental knowledge of Nuxalk and Northwest Coast formline art. This combination of skill, knowledge, passion, and a great natural talent has allowed Ses to excel in his craft at an early age and create works of art well beyond his years.

By the time Ses was 12 he was already selling his work directly to local customers. By 14, his work was showing in local Bella Coola galleries. In the short years since, his work has been purchased by customers from far and wide. His carvings have traveled to Germany, England, Spain, Scandinavia, Chile, Russia, and the United States. He has also received a number of commissions from collectors eager to invest in his abilities.

When his grandfather, Silyas, passed away in 2015 his last work of art was a 16 foot totem pole dedicated to his Kimsquit culture and heritage. In the near future Ses will be using the extensive collection of carving knives and tools left to him by Silyas to complete the pole and have it raised to honour his grandfather’s memory.

In 2016 Ses received the prestigious YVR (Vancouver International Airport) Art Foundation Youth Artist Scholarship Award. Of the seven award winners, Ses was the youngest by four years. This gave him the opportunity to create a work of art that will go on display at the Vancouver International Airport and take it’s place among the world-renowned collection of Northwest Coast art there. In the meantime, Ses will continue to grow his talent and create works of art that are distinctively Nuxalk and uniquely his own. 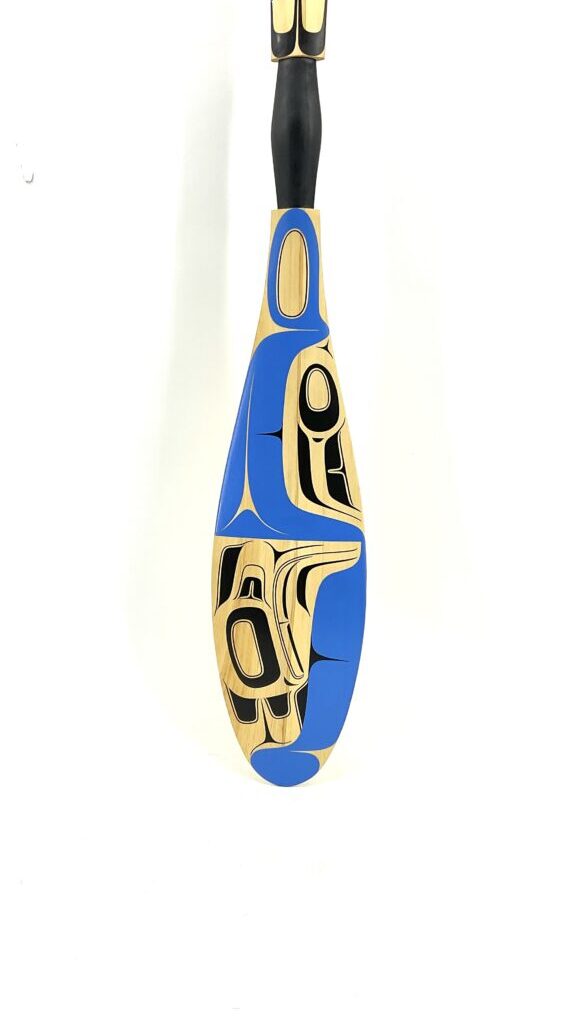