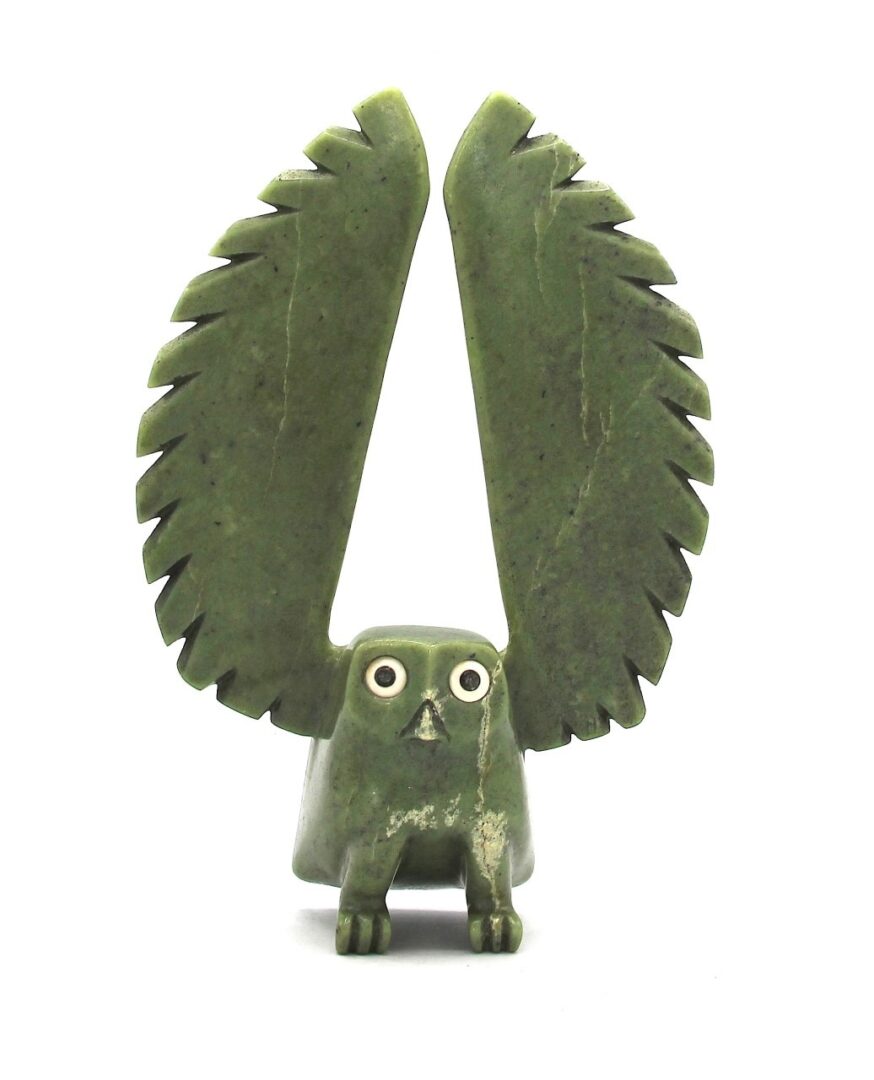 Sam (Samayualie) Qiatsuq learned to carve the traditional way, by watching his father carve stone. Sam carved his first stone at the age of twelve, but it was at the age of seventeen that Sam started to carve seriously.

Sam now carves full time. He is now considered one of the preeminent carvers of the younger generation As a result, he is able to support his family through his artwork, and has been doing so for almost twenty years. He prefers to work in serpentine and antler – materials indigenous to his home. Out of this stone he carves mostly birds, owls, and inukshuks.

Sam is a perfectionist and drives himself hard. His work is carefully executed, delicately balanced and has a distinctive style. Sam is one of the up-and-coming young carvers in Cape Dorset today.