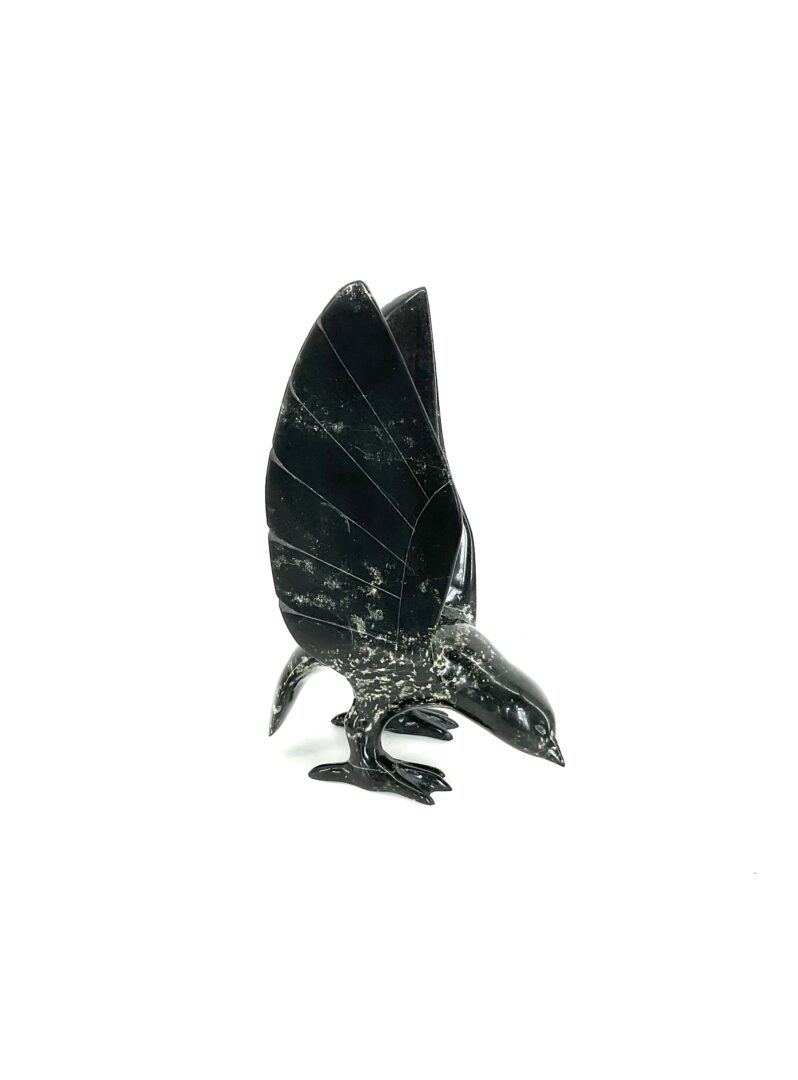 Pitseolak Niviaqsi learned to carve by watching his father. He lived at Kangiak until 1958, when the family moved to Nuvujuaq. They moved into Cape Dorset in 1961. He was introduced to lithography by his elder brother, Qiatsuq, who started working in the printshop in the early seventies. He has participated in the lithography program since its inception in the early seventies, initially as an assistant to Pee Mikkigak, his brother Quiatsuq and Bob Patterson, who was acting arts advisor at the time. His name appears on 205 prints in sixteen annual collections, more than half of which are lithographs. In 1977 Pitseolak, Wallace Brannen, then supervisor of the litho shop, and Jimmy Manning, assistant arts advisor, travelled to Holman Island to introduce lithography to the resident printers. Pitseolak is known for being a perfectionist; everything he does is meticulous.

Although Pitseolak Niviaqsi stopped carving briefly in 1991 to build his own house, he quickly resumed the art and has continued to develop as a versatile, prolific and talented artist. His sculpture is often relatively large in size, highly polished and displays flowing forms and exquisite detail. His subject matter ranges from fanciful birds to sensitive portrayals of a mother with her children.