Peter John Mitchell is from a small Mackenzie Delta Town called Ft. McPherson; population 950.
He was born in 1962, in a family of six. In 1982-1983, he started drawing and carving and moved to Yellowknife to further his abilities to carve while meeting and carving with others. After drawing, he learned to carve, and it helped him become more detailed with more style and movement. He learned all this being self-taught and using hand tools. With time and learning to use electric tools, he can now produce a lot more detail and work with harder stones.
He works with many different materials such as: soapstone, whale bone, moose and caribou antler, ivory etc
He carves outside his home and it helps to provide for his family of five and his five grandchildren. 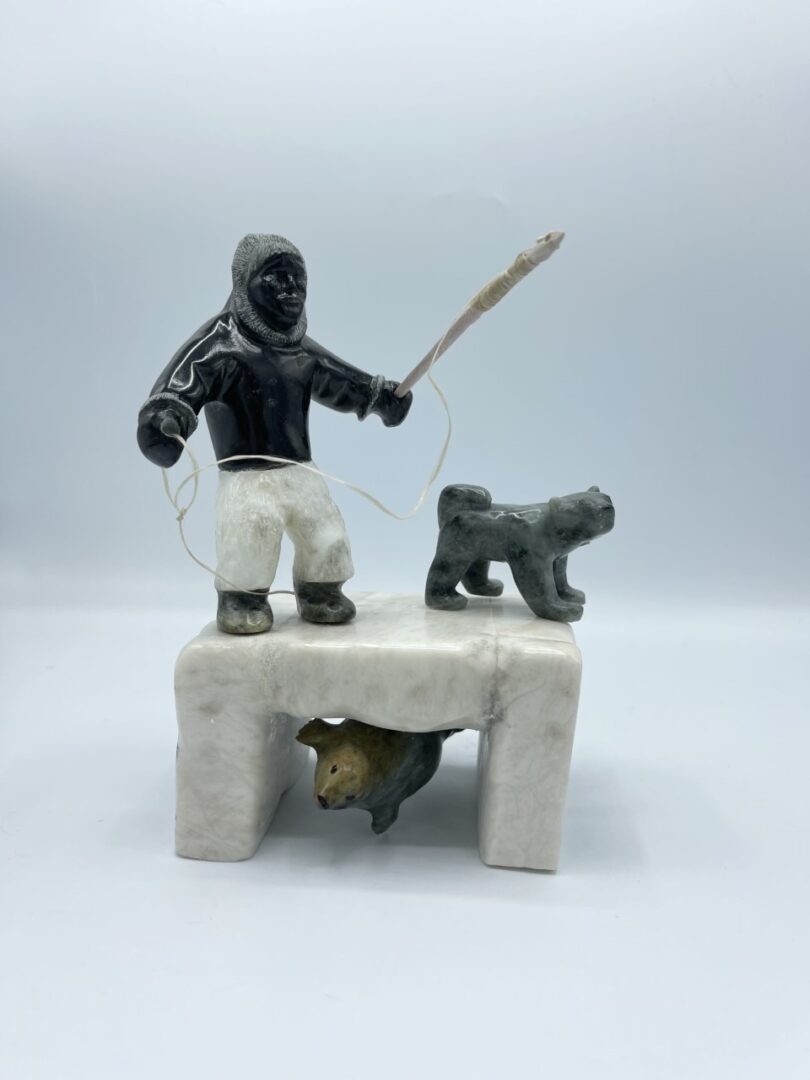 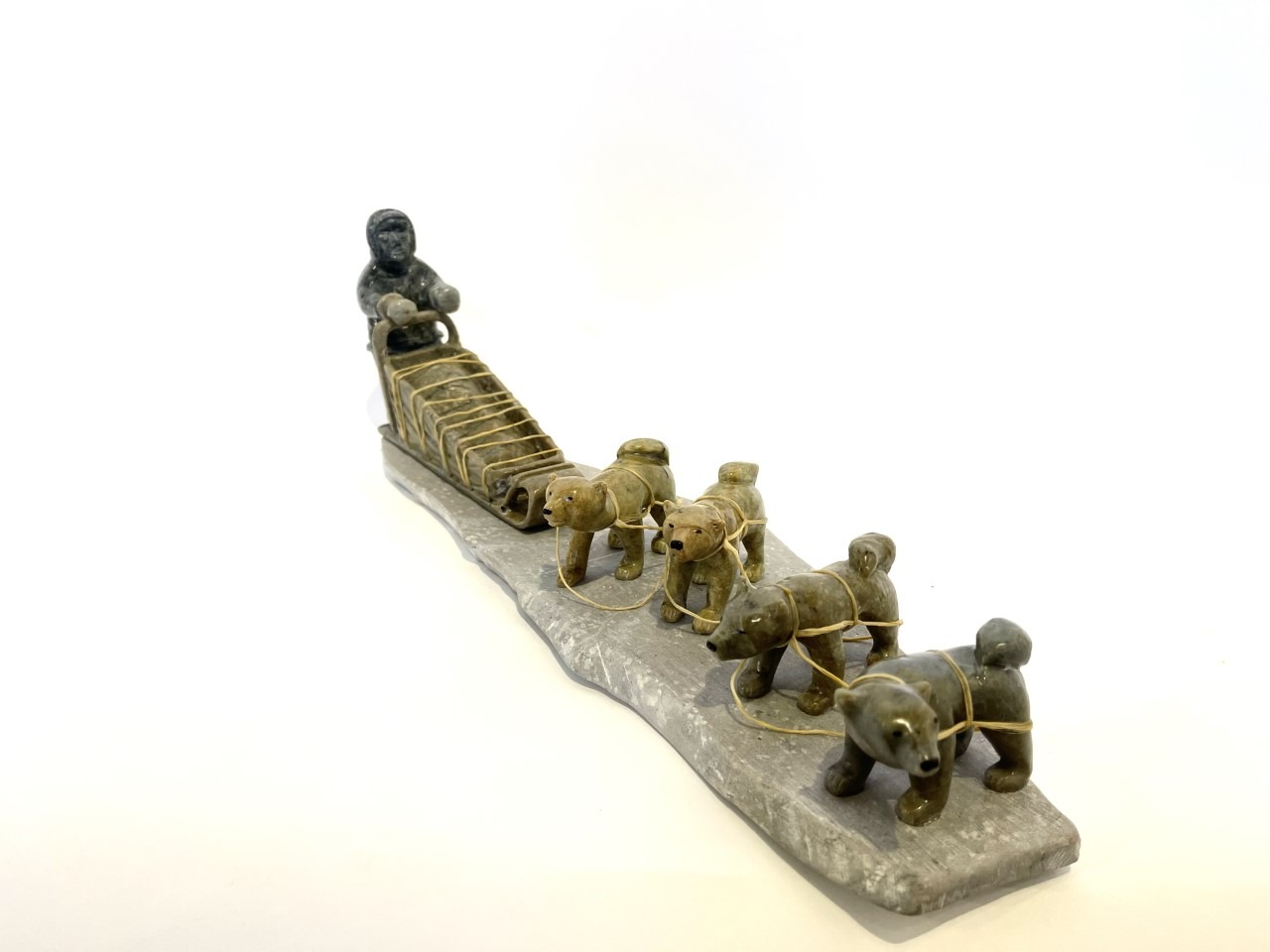