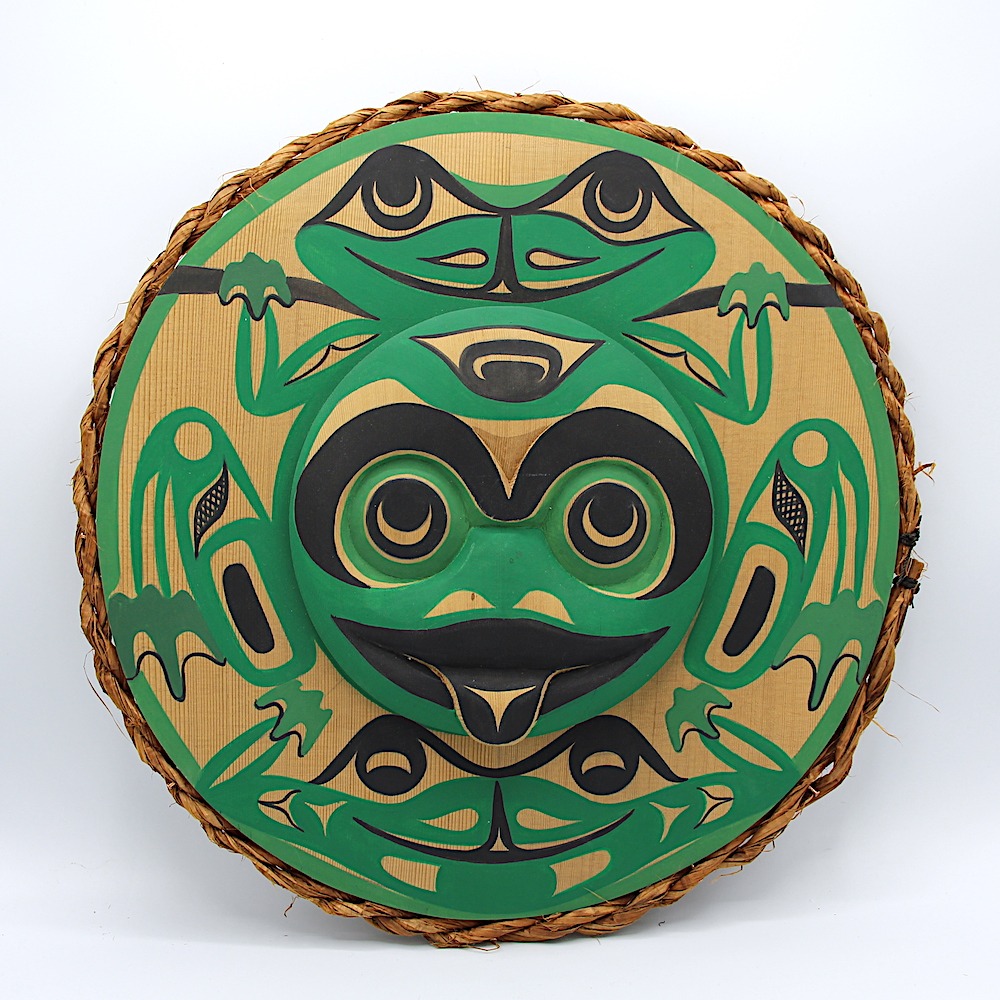 Patrick Amos was born on Nootka Island and into the Mowachaht band, which is one of fourteen bands that make up the Nuu-chah-nulth nation.

Patrick began his artistic career as a print maker and designer which led to a position with Pacific Edition Graphics in Victoria, British Columbia. He assisted other artists with preparing designs for serigraph printing as well as producing his own designs. He continues to be a prolific designer and releases several new limited edition prints each year.

Patrick Amos began carving wood in 1979 under the direction of Tony Hunt Sr. at the Arts of the Raven Studio. This studio was founded to encourage and train younger artists and to encourage a quality product in both the market and ceremonial events.