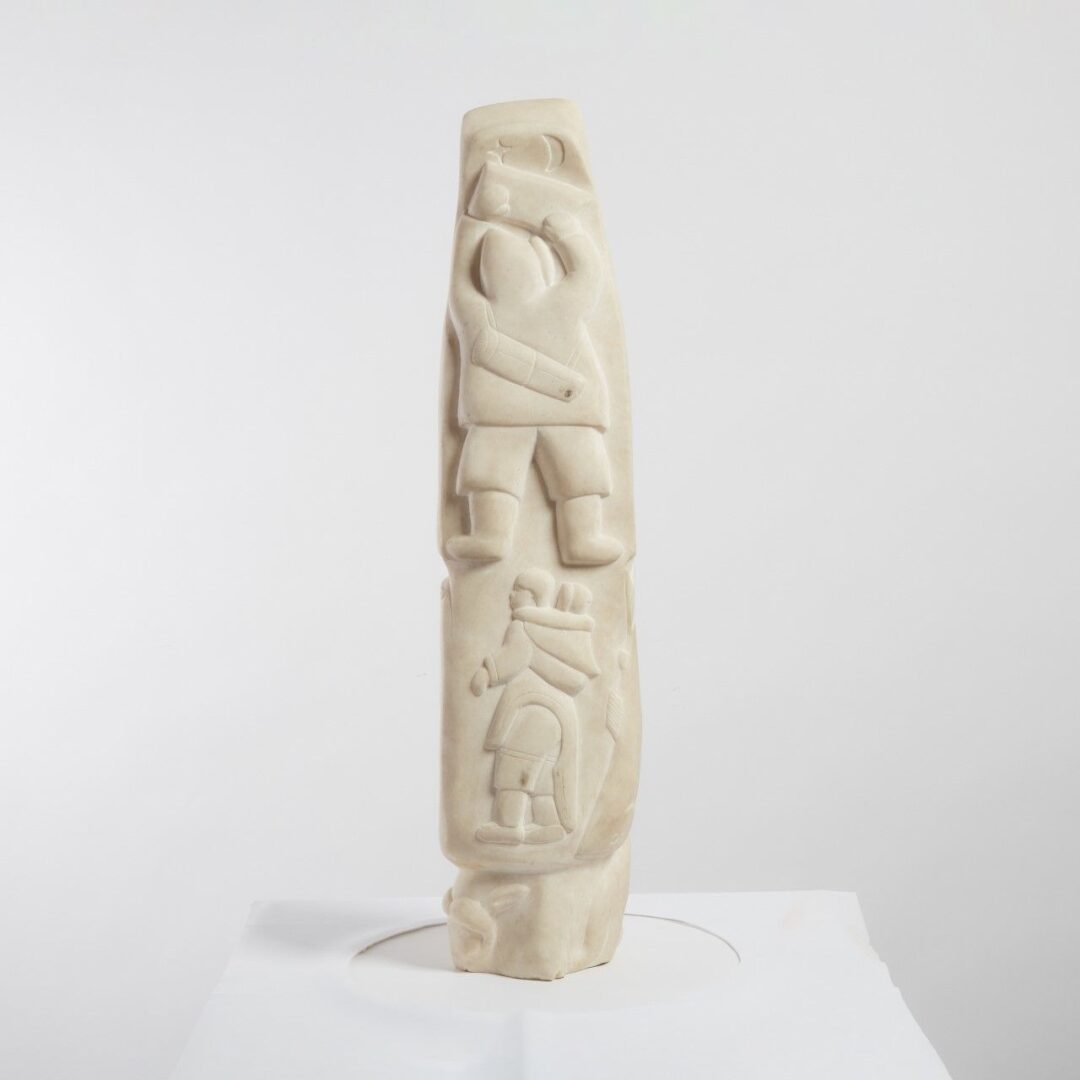 Osuitok Ipeelee first learned to carve in the traditional way, by watching his father Ohotok and then by experimenting in his teens with carving wood and other found materials.

Eventually moving to Kinngait (Cape Dorset), Osuitok Ipeelee became instrumental in the print and carving programs in the community, creating depictions of Arctic animals as well as humans engaged in traditional activities. Caribou were among his preferred subject matter, crafting their elegant bodies from stone and antler. Osuitok continues to rank as one of Canada’s most accomplished artists, gaining international acclaim for his work. He was even honoured to receive the title of the Royal Canadian Academy of Arts (RCA).

In 1955, along with Peter Pitseolak, Ipeelee directed a team of craftsmen to carve the official mace for the Council of the Northwest Territories. In 1959, he was also commissioned to create a sculpture of Queen Elizabeth II, which was presented to her upon her visit to Canada that same year. Osuitok once said :

My first carving was a small arctic fox I made from wood with a pocketknife. I learned from my father, who was carving ivory long before anyone else was carving. He would trade small carvings to men from the early freighters. Now, as a master carver, I feel proud when young people come to see what I do. It is important for them to learn responsibility and provide for themselves.