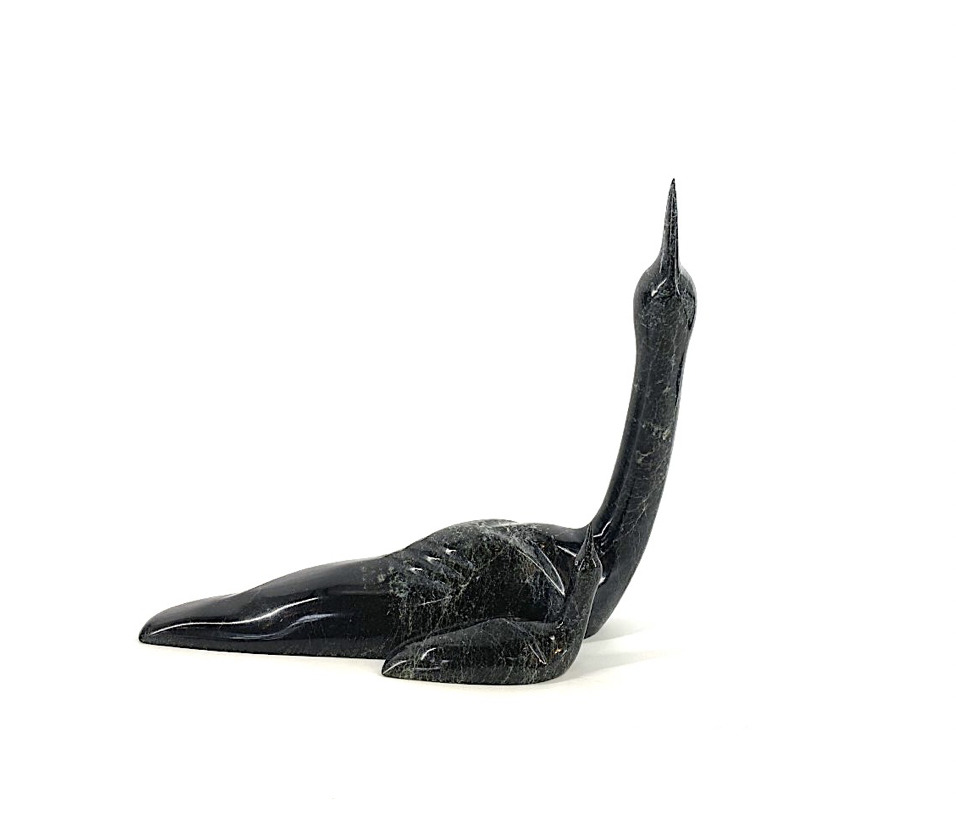 Ningosiak Ashoona, also known as Ning, was born into a family of talented artists. At a young age, she moved to live with her grandparents in Cape Dorset, on the south coast of Baffin Island. They were recognized as master sculptors, whose art celebrated traditional Inuit culture. Her grandfather Qaqaq used hand tools and taught Ning the importance of detail. Her grandmother, Mayoreak, is a defining figure in her life. She taught her how to carve mermaids and loons in the traditional way; while observing.

Young, Ning developed a deep attachment to the land. Her favourite subject to sculpt, the loon, is an animal she loves to observe. When she was younger, fishing nets placed on the lakeside sometimes caught young loons. She observed their beauty and cared for them for a few days before they died. Her passion and admiration for the loon continues to inspire her in her art to this day.

Using both manual and power tools, Ning makes the link between tradition and innovation in both her approach and technique. Inspired by arctic wildlife, much of her work is dancing and gliding animals, giving a sense of movement to her works. Ning carves marble and serpentine, which she polishes to a high luster, to remind of an animal that has just emerged from water.

Ashoona, a full-time sculptress for over 20 years, is considered today one of Cape Dorset’s most prolific artists. She is one of the few women who ply her profession. Her artistic style is defined as simplistic, delicate and elegant.

Ashoona’s work has been exhibited in Canada and abroad at institutions in San Francisco, USA, Toronto, ON as well as Vancouver. 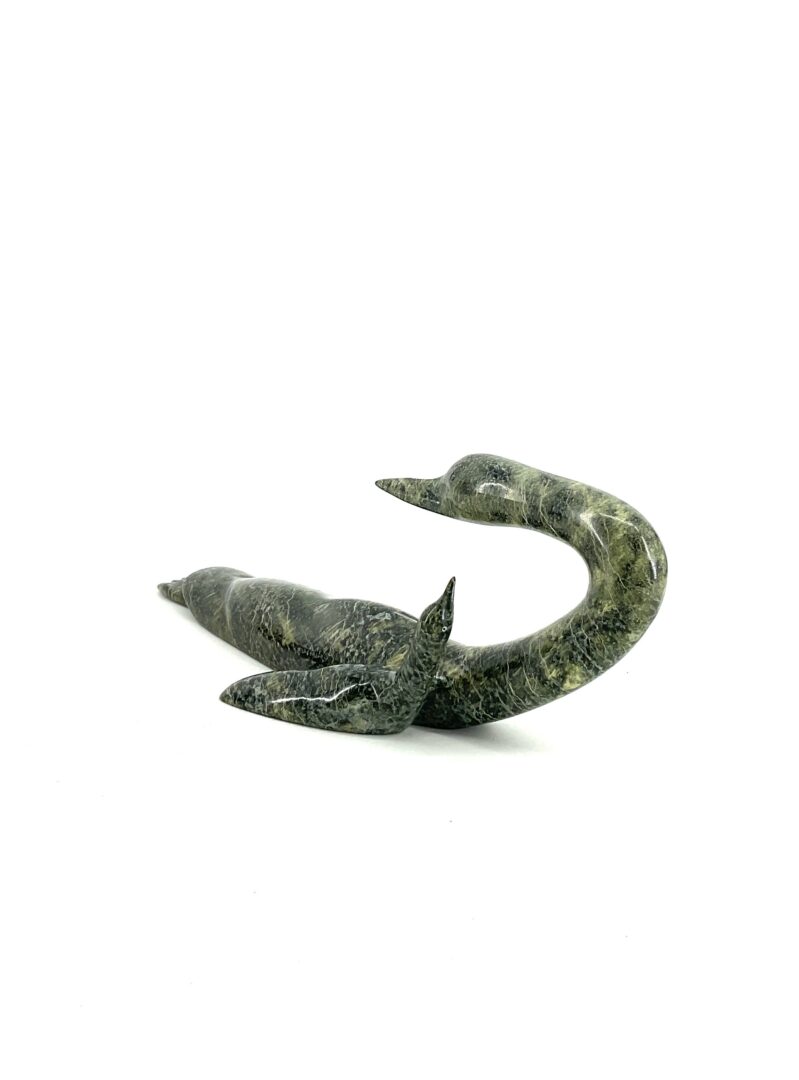 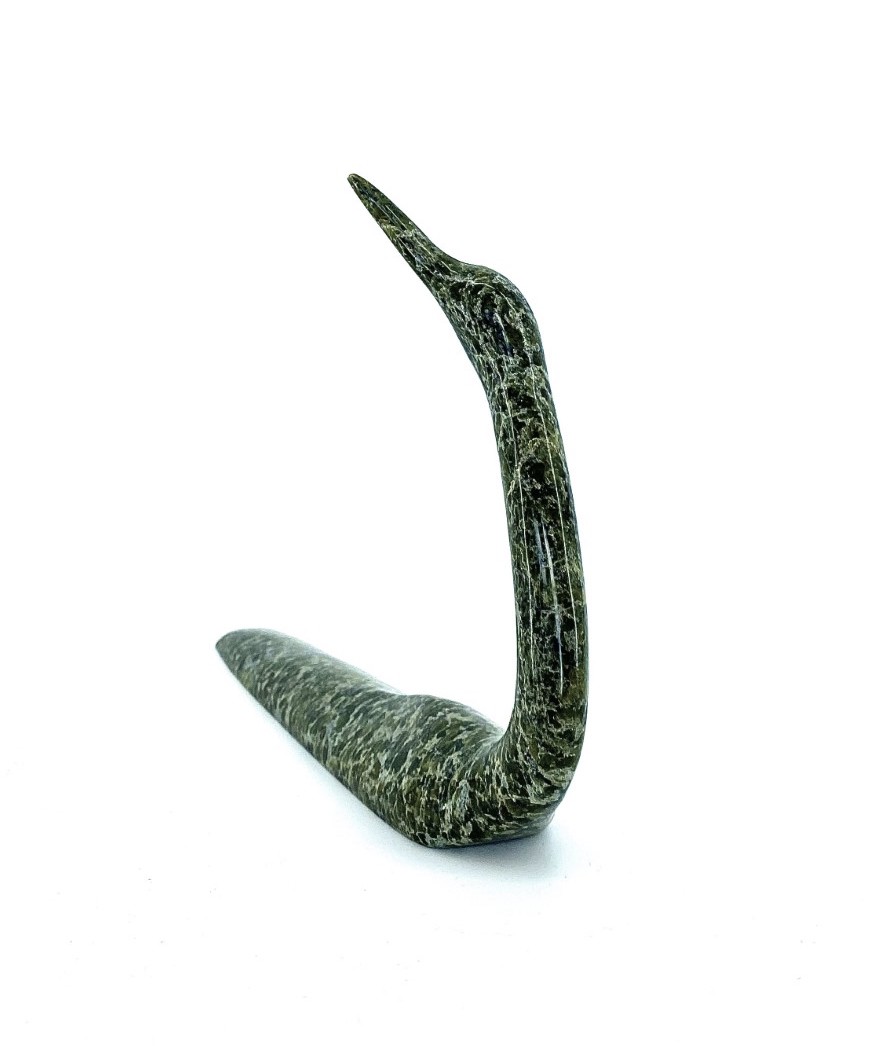 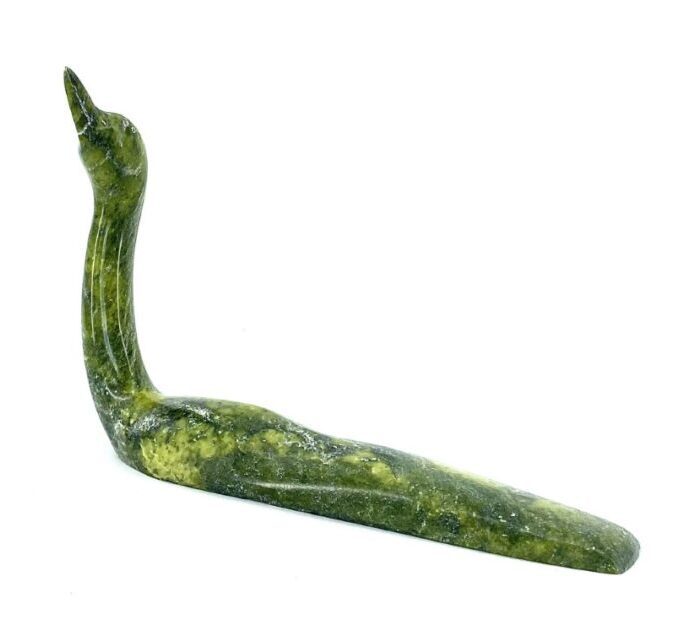 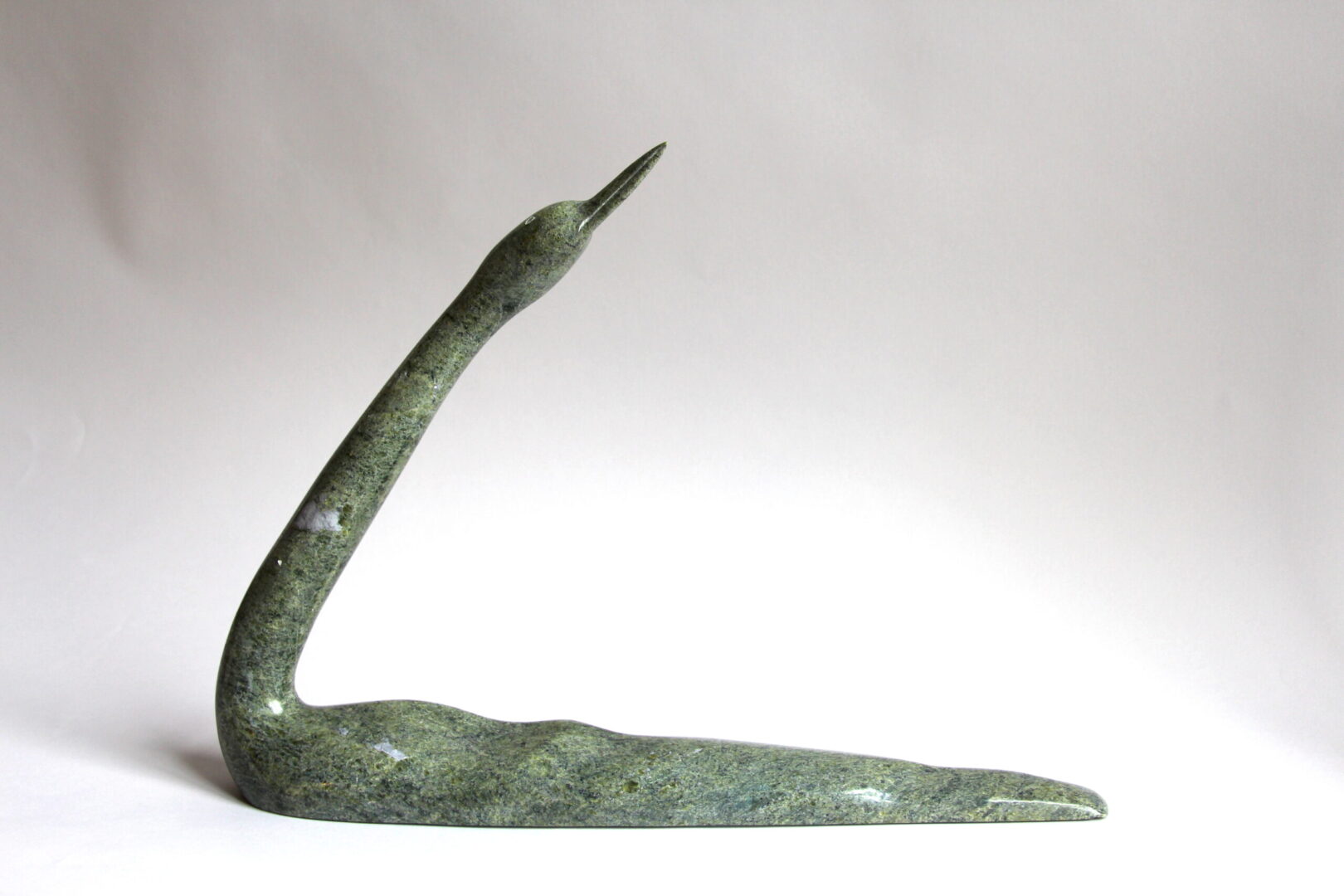 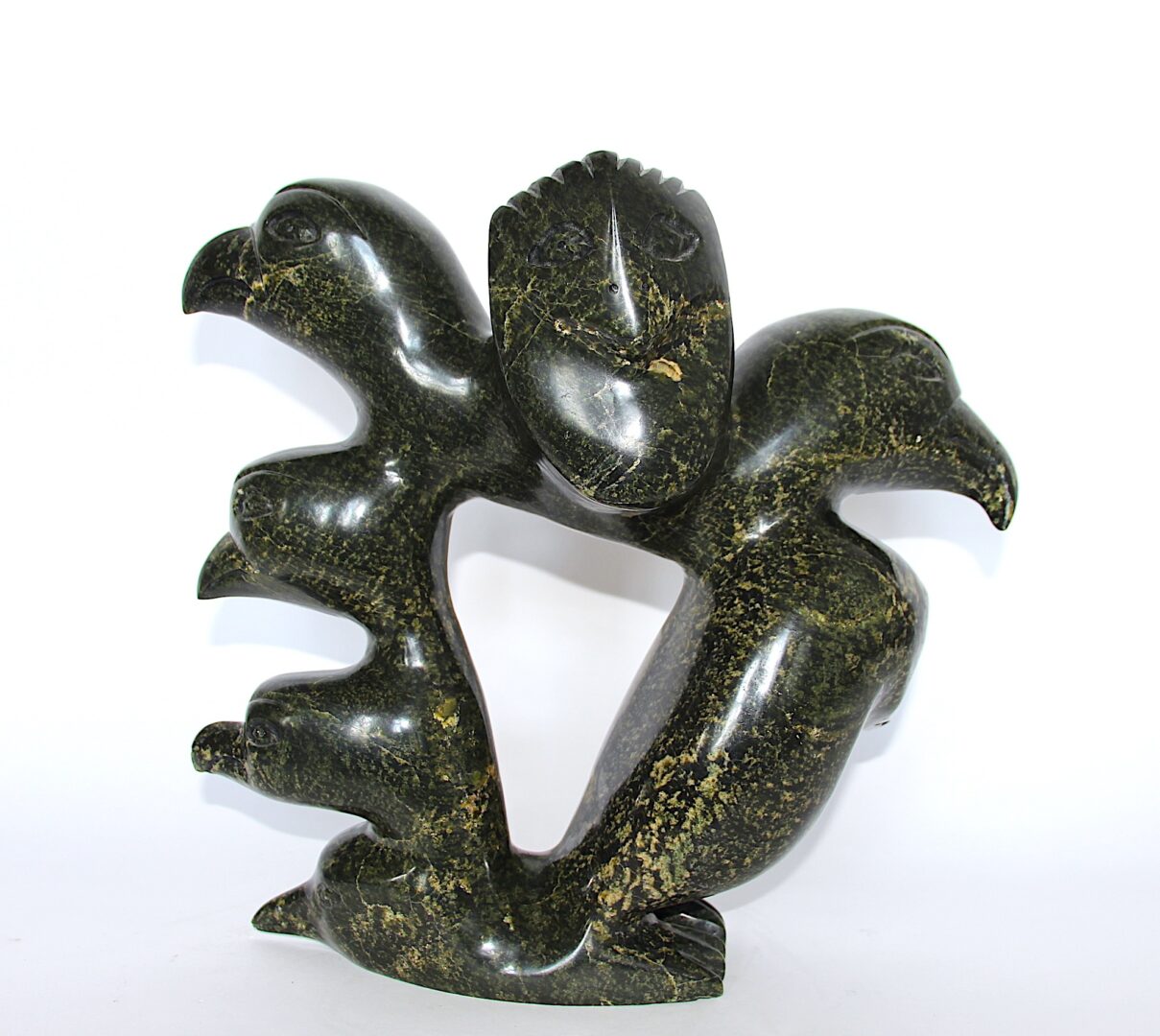 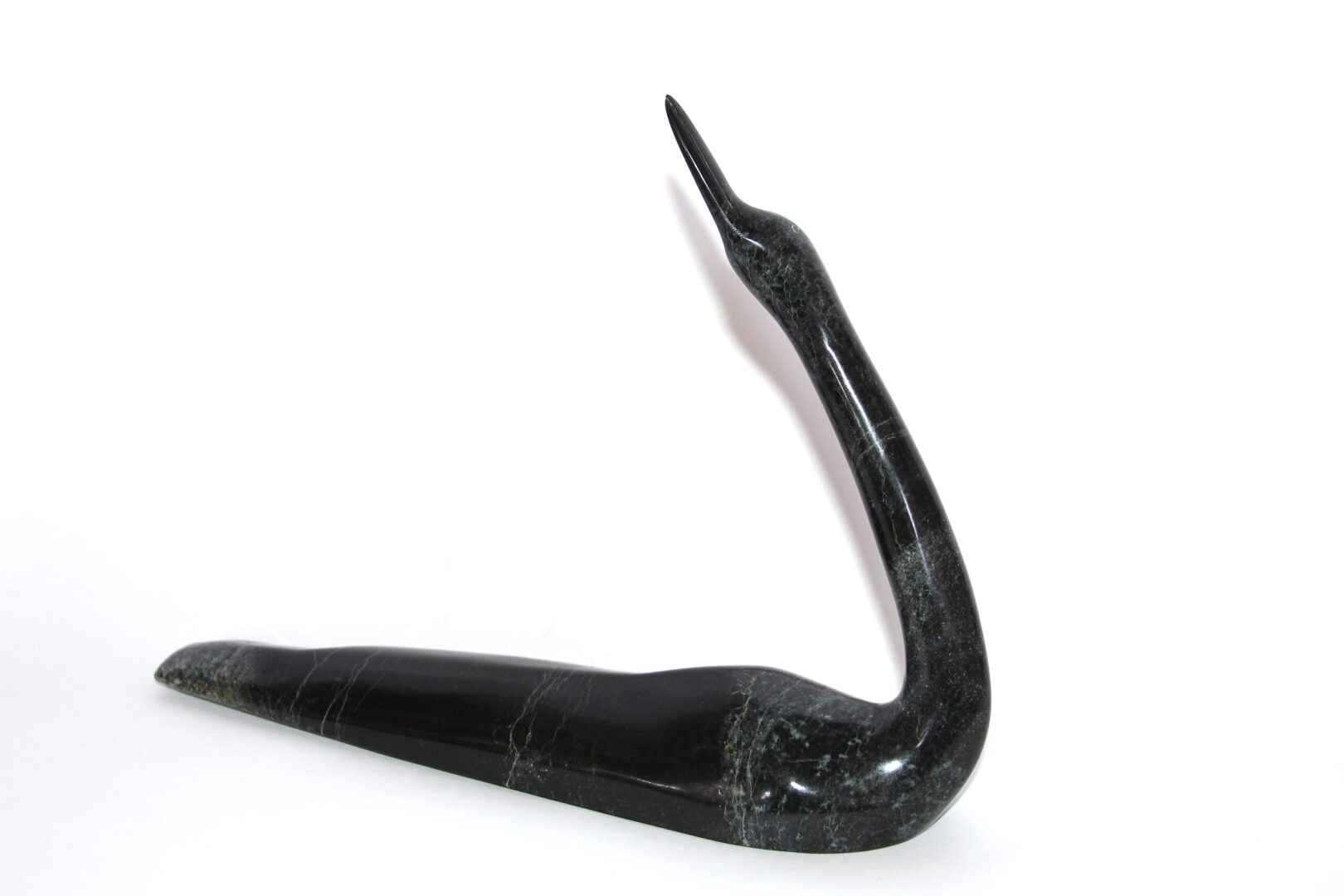 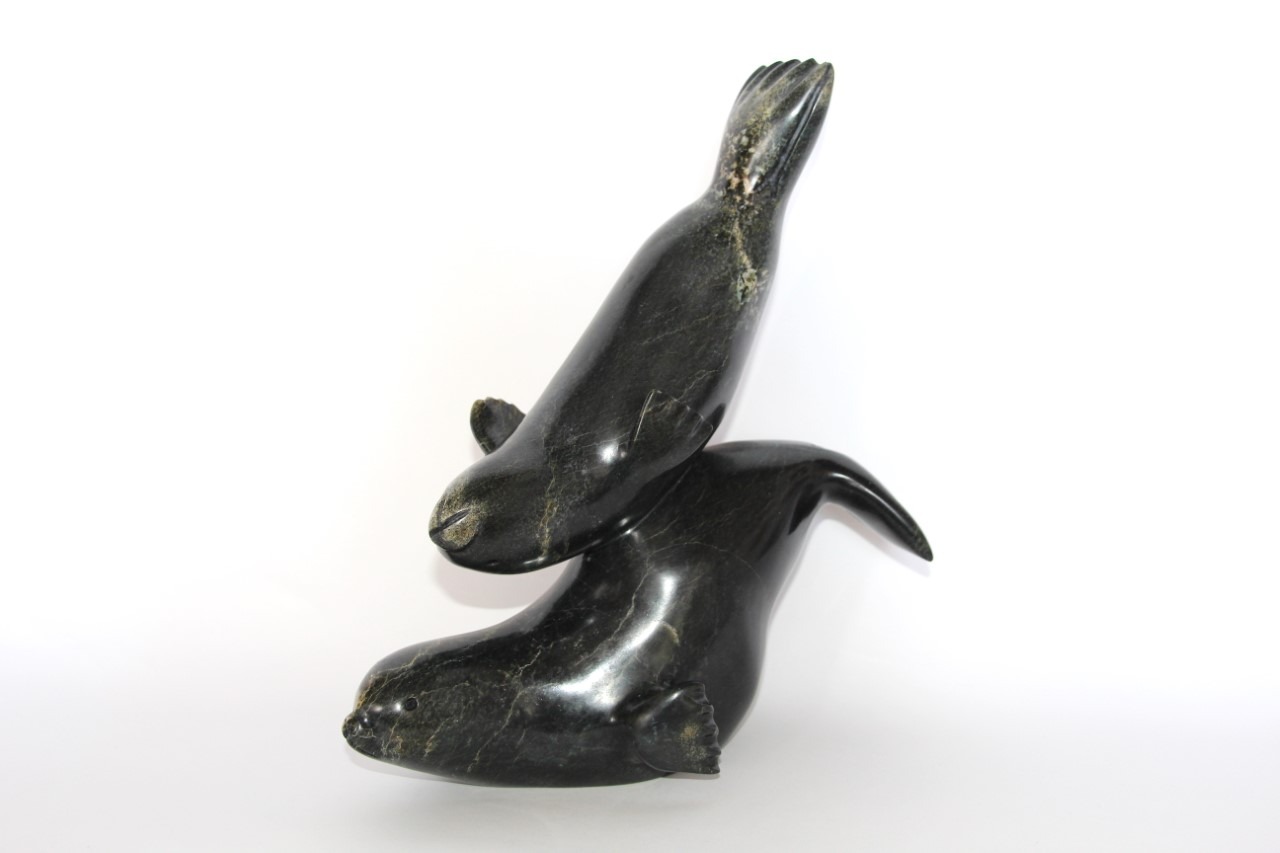 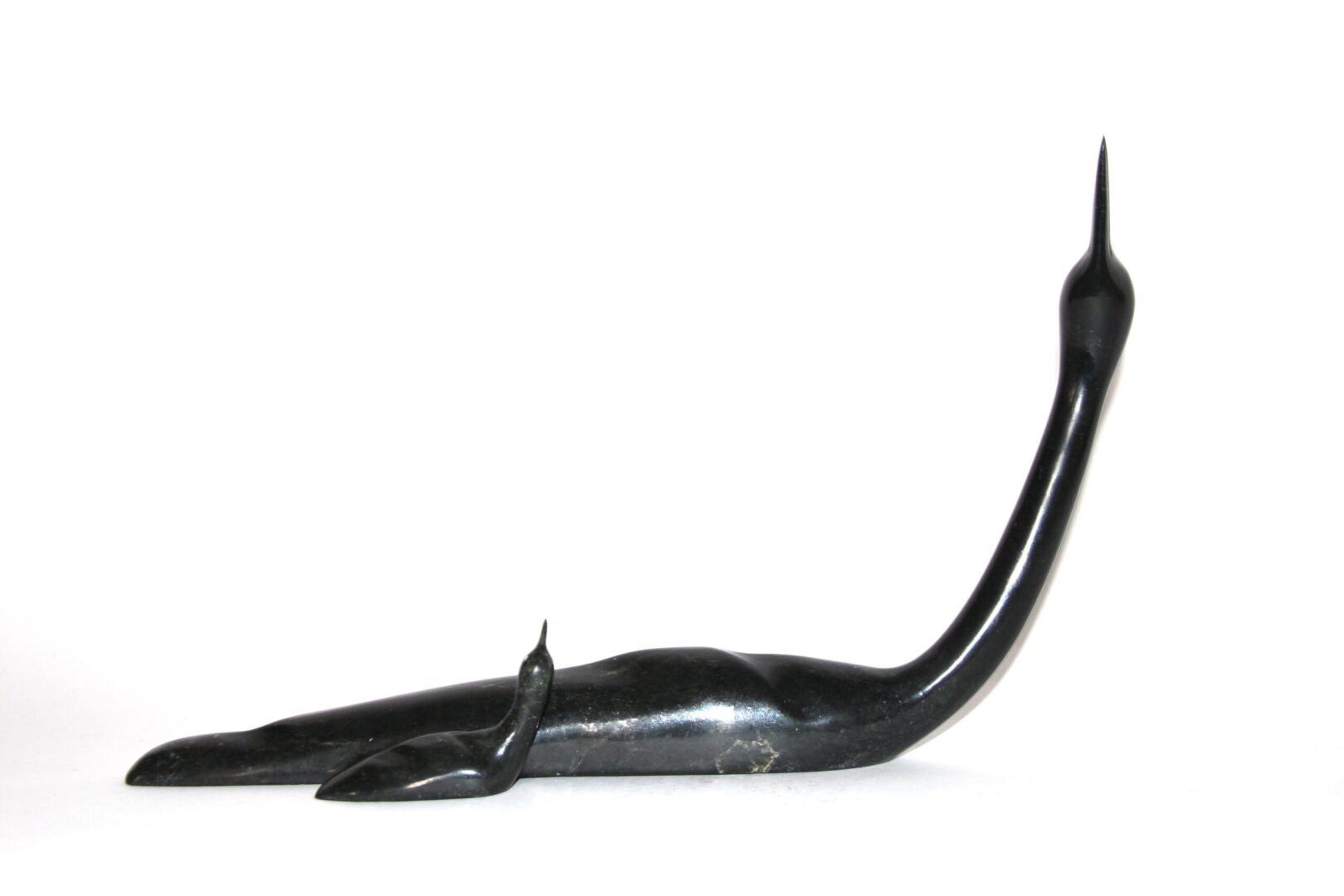 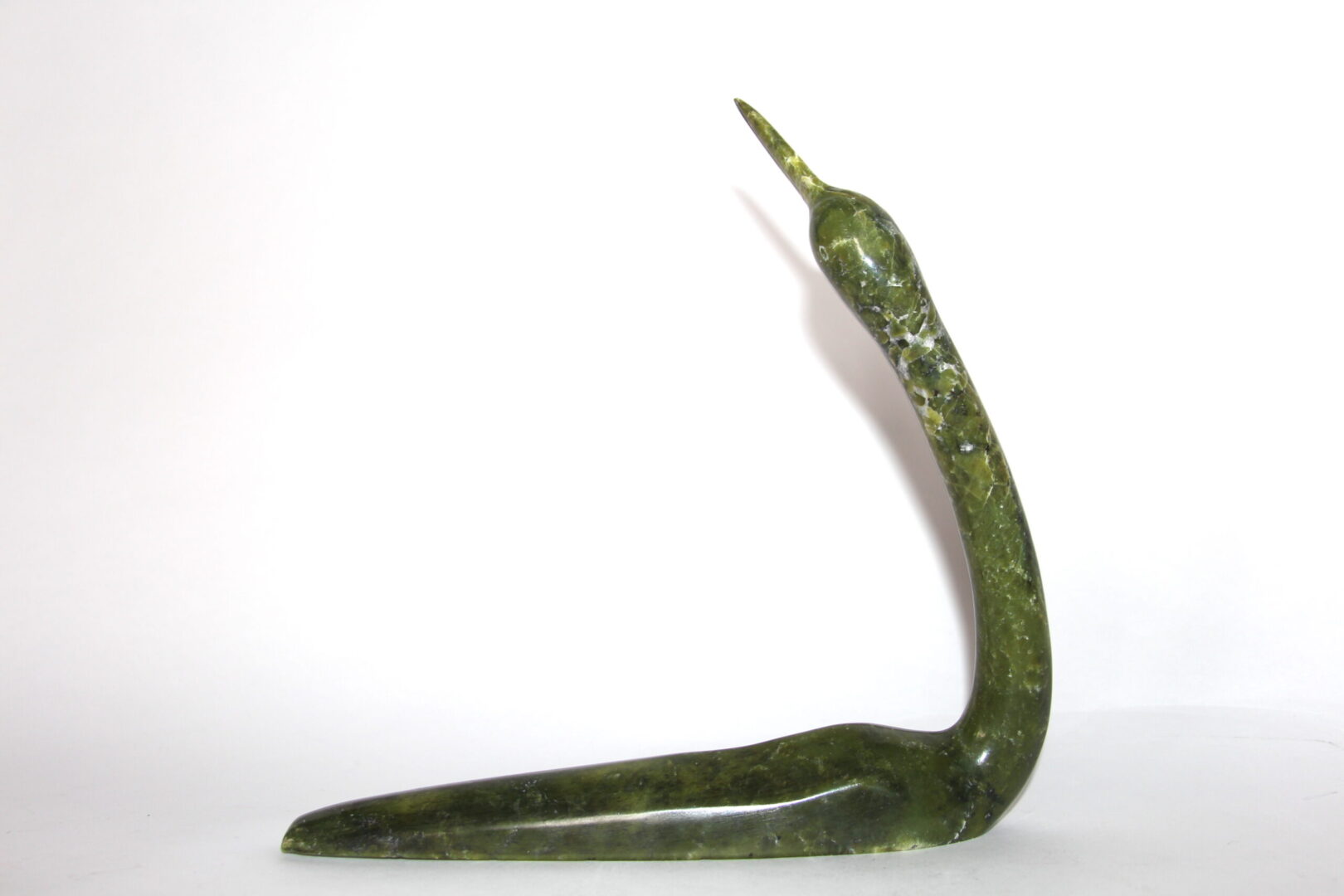