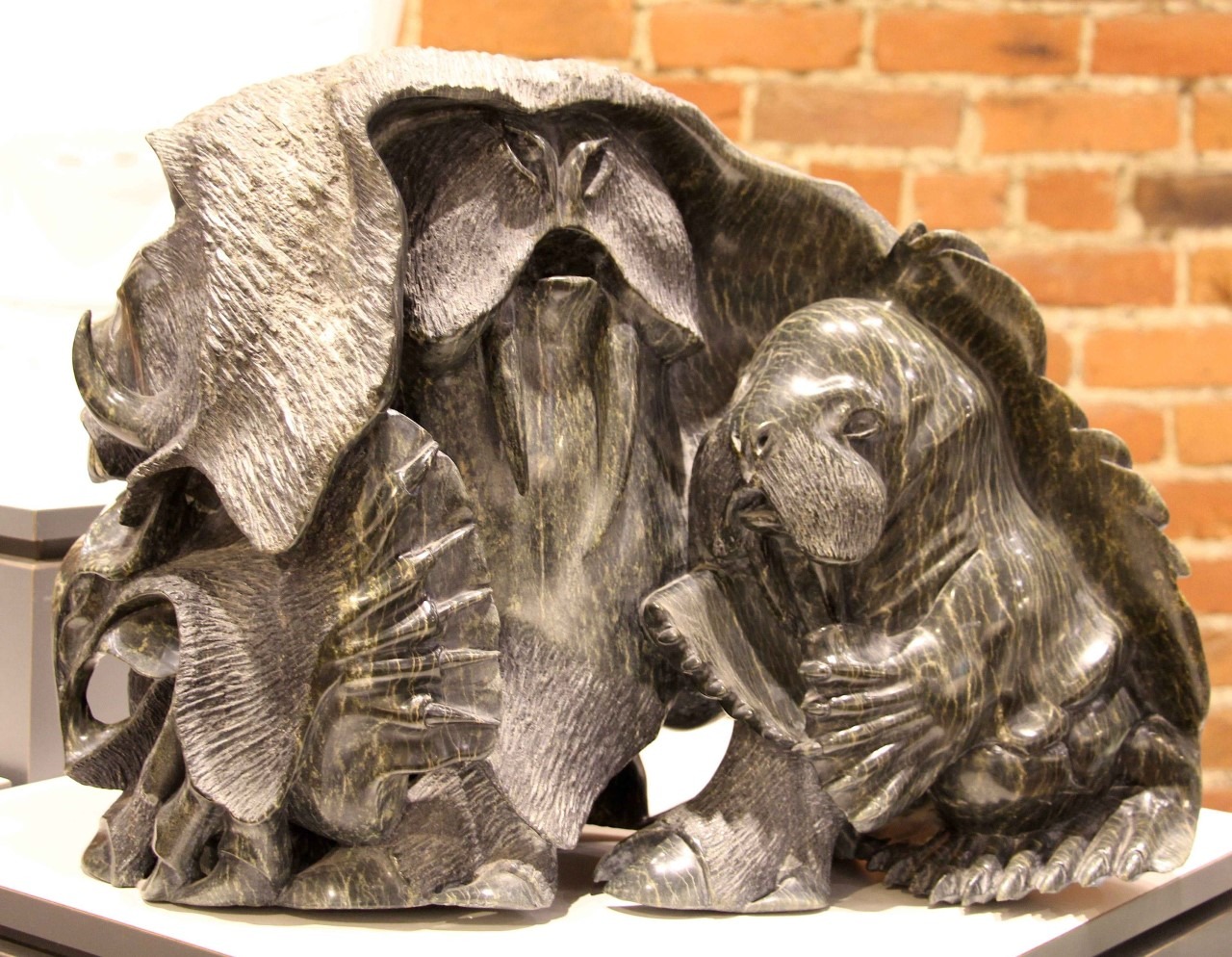 Mathew is the eldest of the four sons, all sculptors, of carver Joe Jaw. [Pootoogook Jaw, Salomonie Jaw, Kingwatsiak (King) Jaw] He is a more than capable hunter, a natural leader and an outstanding artist. His favourite themes embrace wildlife of the natural world and subjects from the spirit world, which he portrays with an awareness of the power that both exude.

He has bridged the gap between two cultures and is a man of the new North: he was director of the West Baffin Co-operative for a number of years, served on several regional boards that ultimately led to the formation of the new territory of Nunavut. Mathew is one of the leading artists and a spokesman for his generation in Cape Dorset, and one of the key mentors for the younger generation of carvers in his community.