Matheussie Oshutsiaq, or also known as Matt Oshutsiaq, is a young artist from Cape Dorset, the largest community of artists in Nunavut. He is the adoptive son of his grandmother, a carver named Omalluk Oshutsiaq.

Matheussi specializes in the conception of Inukshuks. His sculptures are done using a striking serpentine stone from the Baffin Island. His refined stones engage the modern with a more traditional style.

His work continues to progress in refinement and detail. Even early in his career, Matheussie Oshutsiaq honours the stylistic influence of his grandmother’s style, with fluid and well-rounded forms. 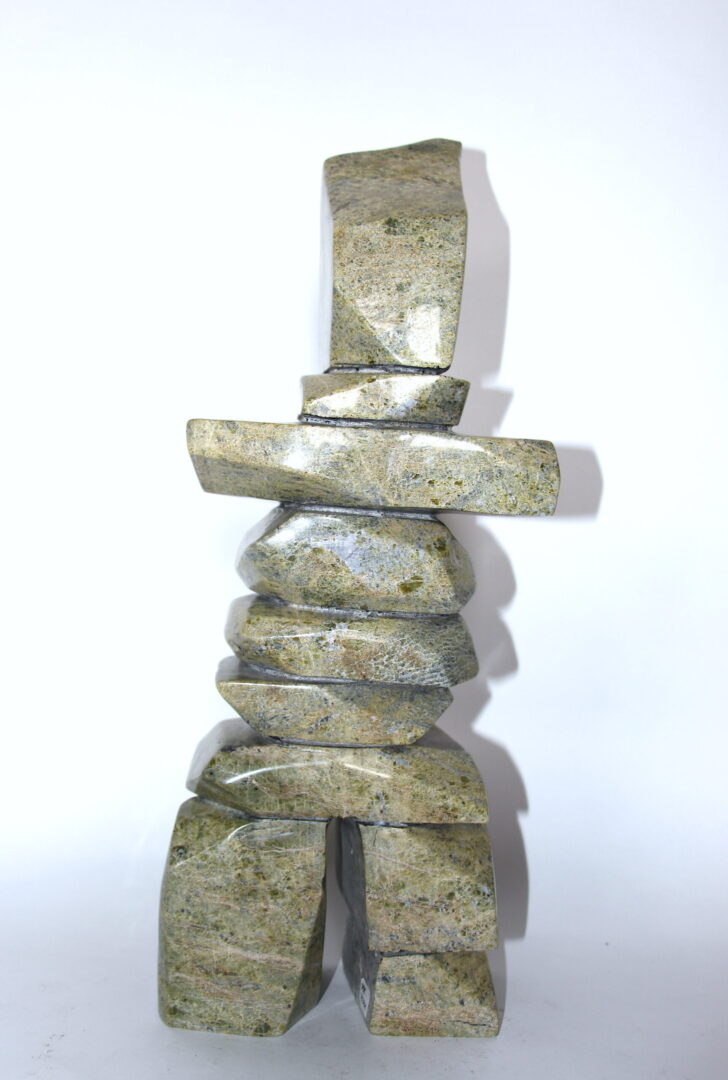