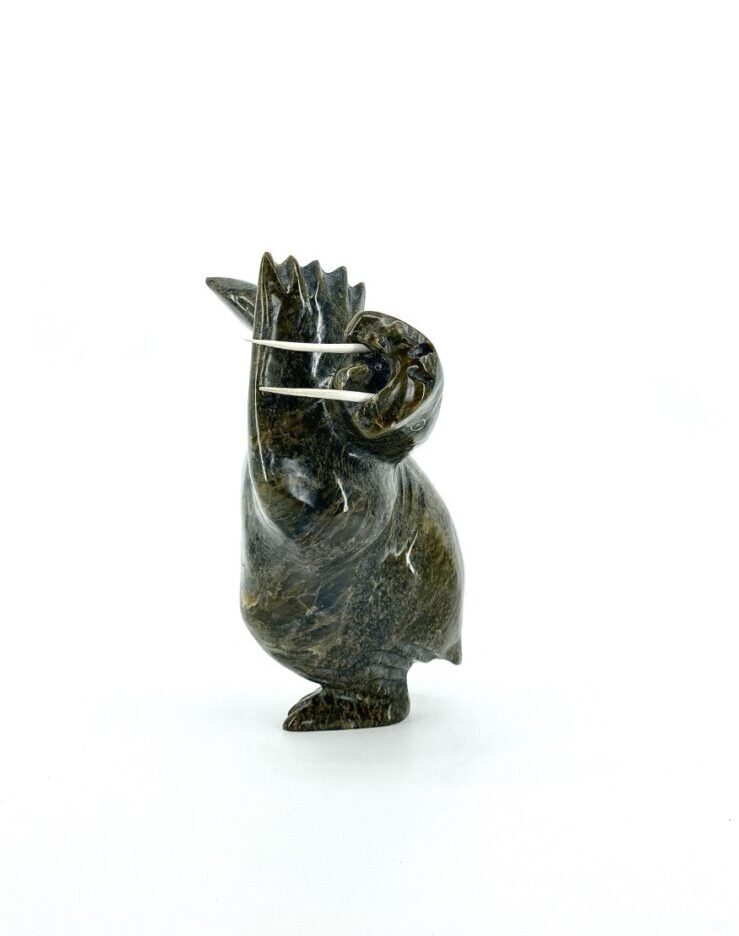 Kellypalik has lived most of his life in Cape Dorset. He started sculpting at the age of 14. He first carved a seal and was happy to sell it. Kellypalik learned to sculpt by watching his brother Allashua Atsiaq and sculpting on his own. He sometimes took Allashua’s rejected sculptures and worked them.

Kelly seriously started sculpting in his twenties. He first learned the trade using hand tools. For most of his career, the artist has chosen to use power tools in carving because stone is not likely to break so easily. He continued to use hand tools for certain areas of his work throughout his life.

Kelly would often carve animals in herds, but buyers in the community were not at all interested in purchasing such works. It changed his style and he started making dancing animals.
Kelly has explored various subjects over the years using his vivid imagination and the stories of elders. He explored animal transformations and shamanic themes with great skill and knowledge. He often carved arctic wildlife, such as muskox, bears, hares, seals and caribou. He is well known for his finely executed dancing sculptures with joyful movement, humour and expression.

He is remembered as a father and a devoted craftsman. He shared his knowledge and skills with his talented son Pitseolak Qimirpik.

He has exhibited around the world, including Canada, the United States, Germany, Switzerland, France and Greenland. 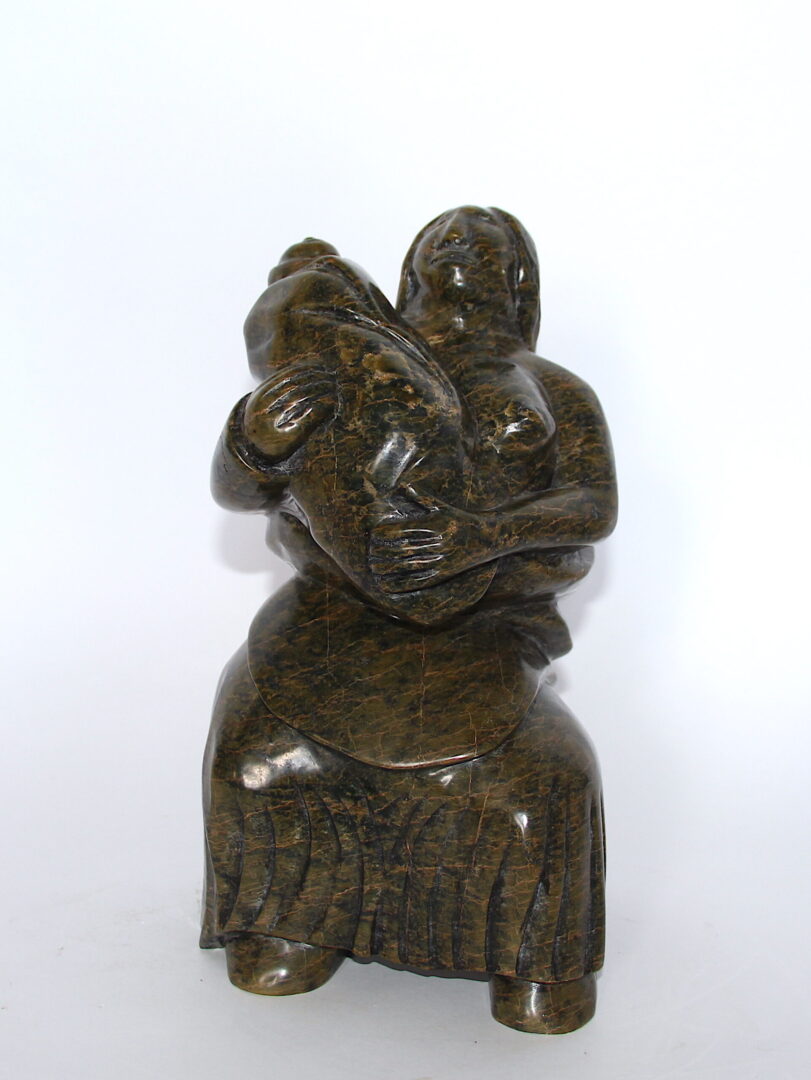