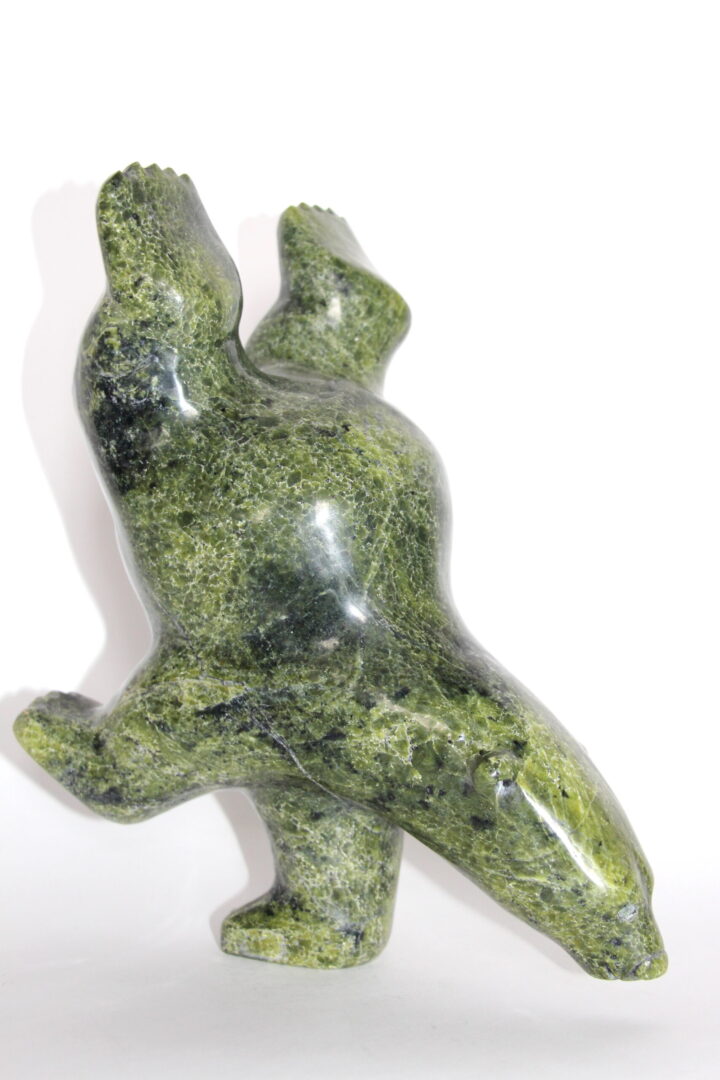 Johnny Manning began sculpting when he was about 14 years old. He learned to sculpt by watching the famous Nujaliaq Qimirpik when he visited Cape Dorset. Johnny claims to have shown Nujaliaq his animals, and Nujaliaq replied: “You’re getting pretty good!” ”

Nowadays the artist has great dexterity and is much more experienced. He uses a variety of power tools to help him sculpt. For the finer details, he uses hand tools.

Manning is a young artist from Cape Dorset who likes to question himself by creating unique works. He works from an idea or a concept, an approach quite different from other sculptors in the region, who are content to sculpt a particular animal on several occasions. His work is therefore recognized as having a sometimes traditional approach and other times rather modern.

It is undeniable that this young artist from Cape Dorset likes to challenge himself by creating unique works. However, he also carves traditional subjects, such as drum dancers, Inuit games, throat singers and even traditional hunting scenarios. 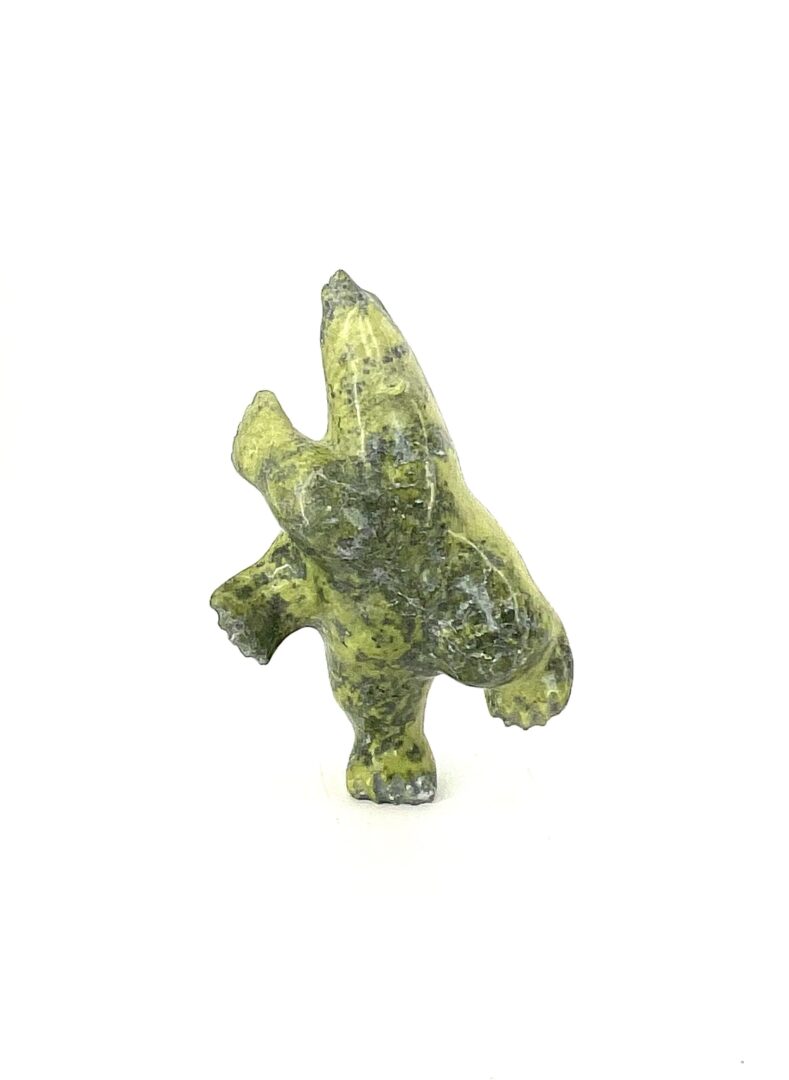 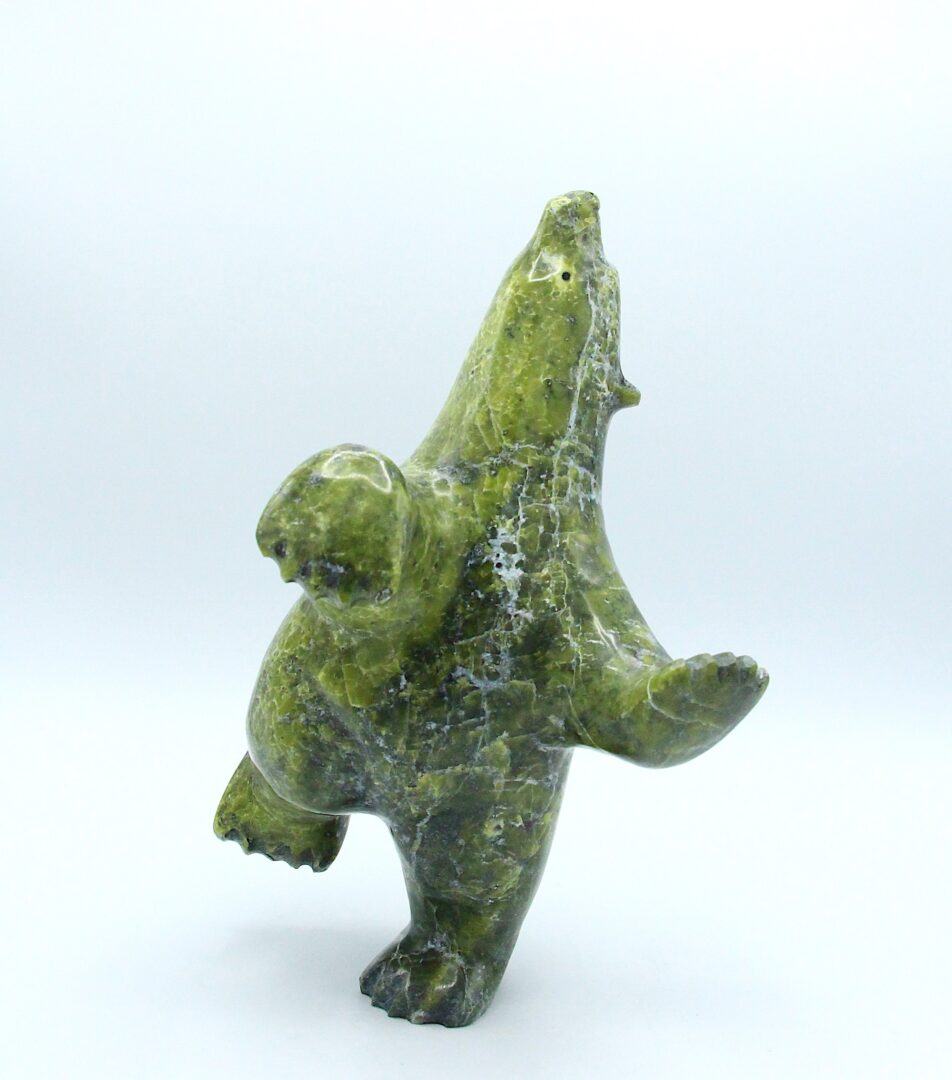 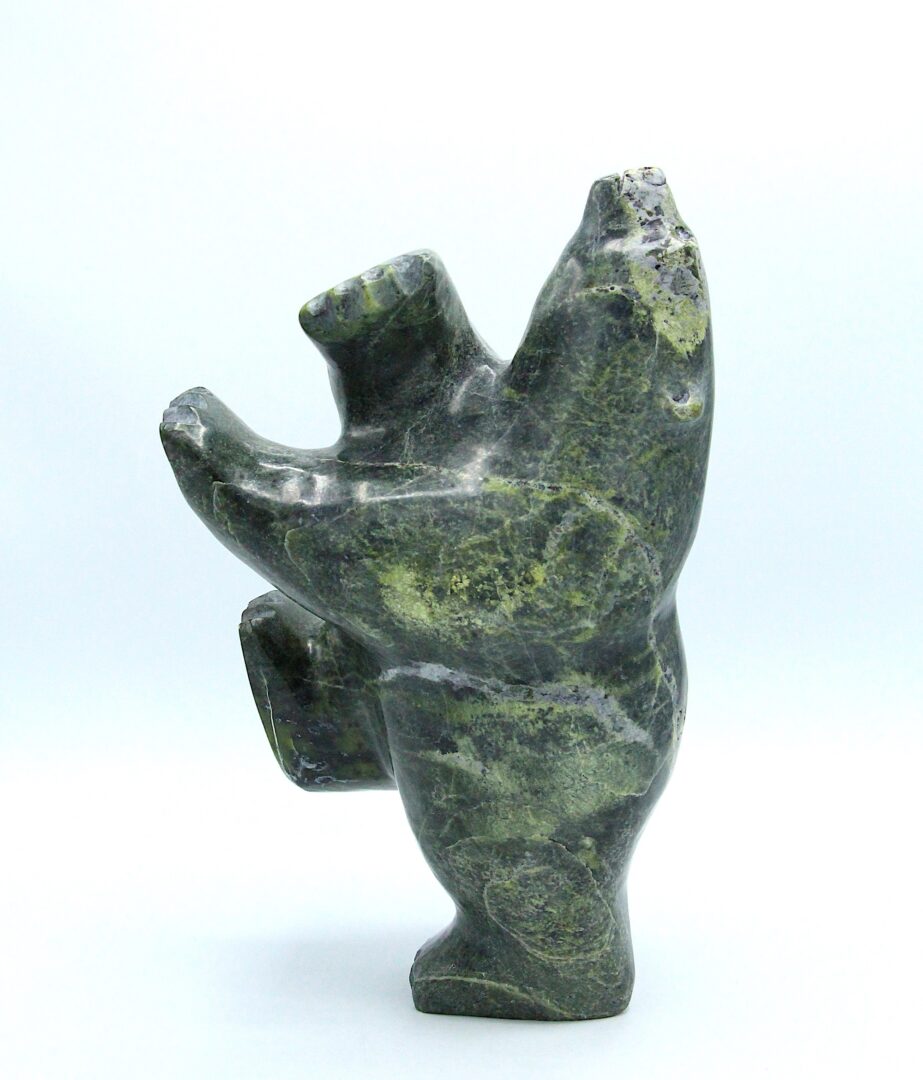 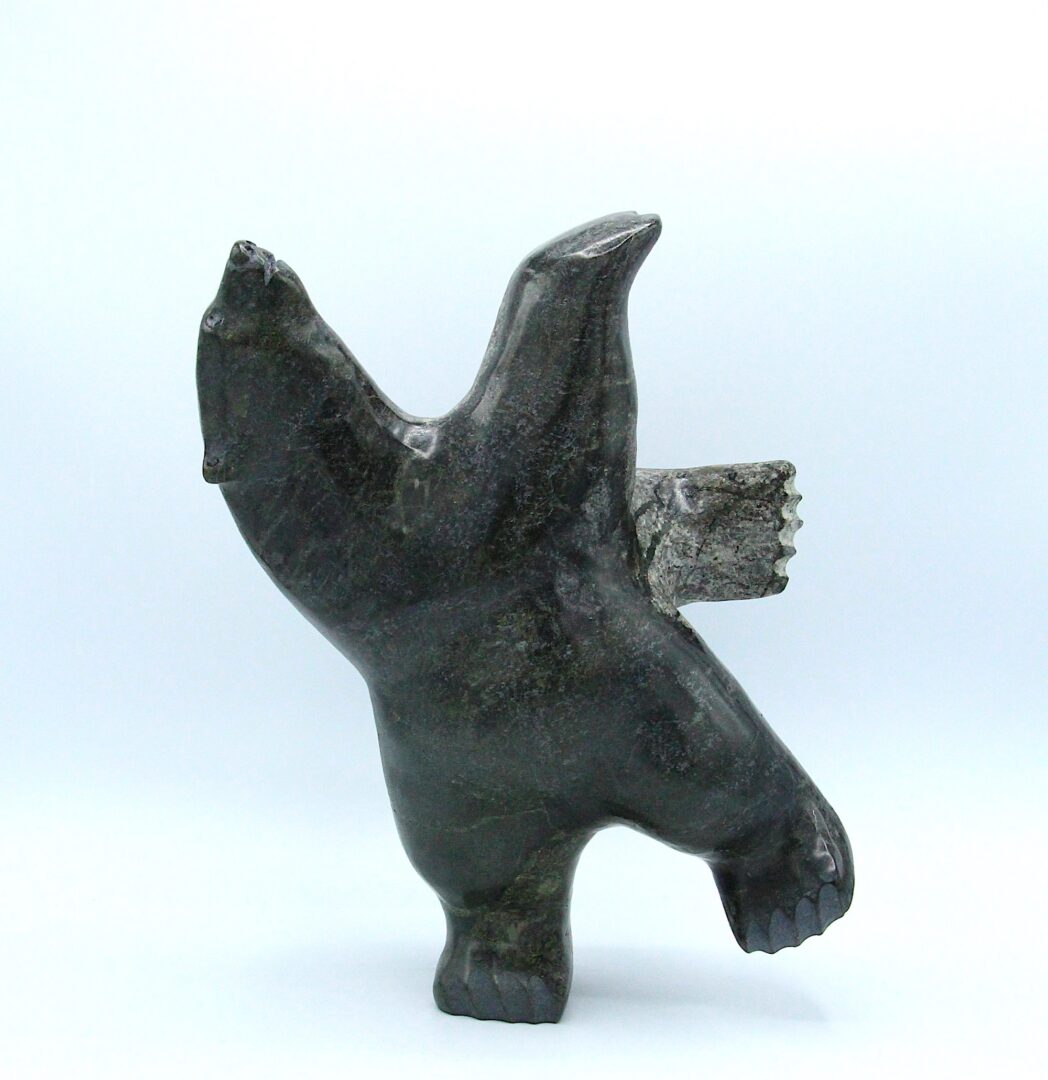 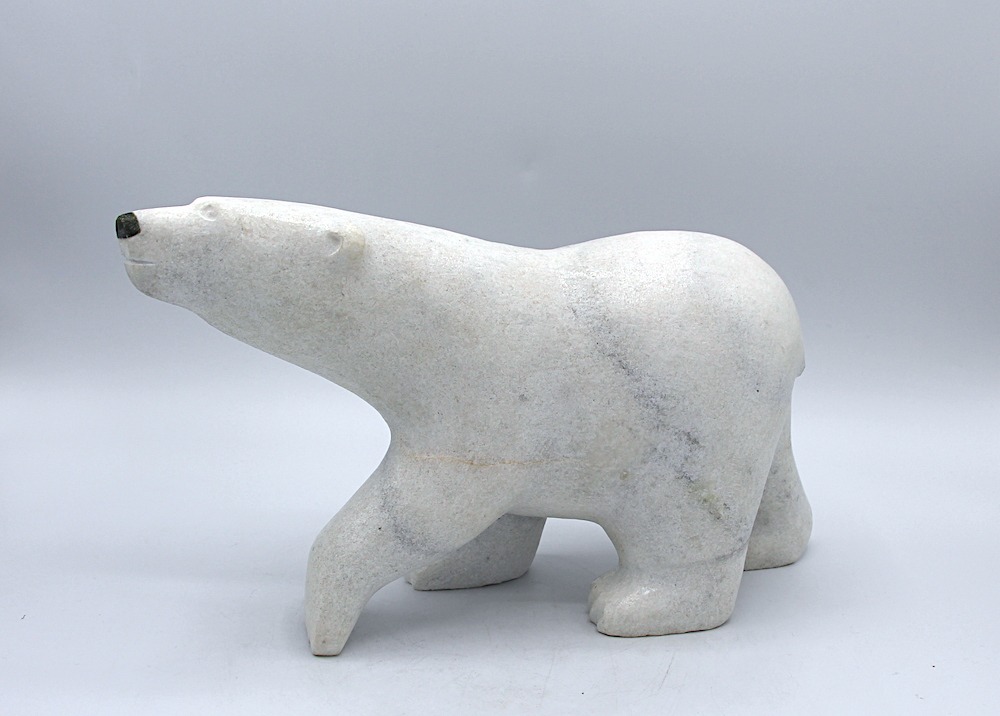