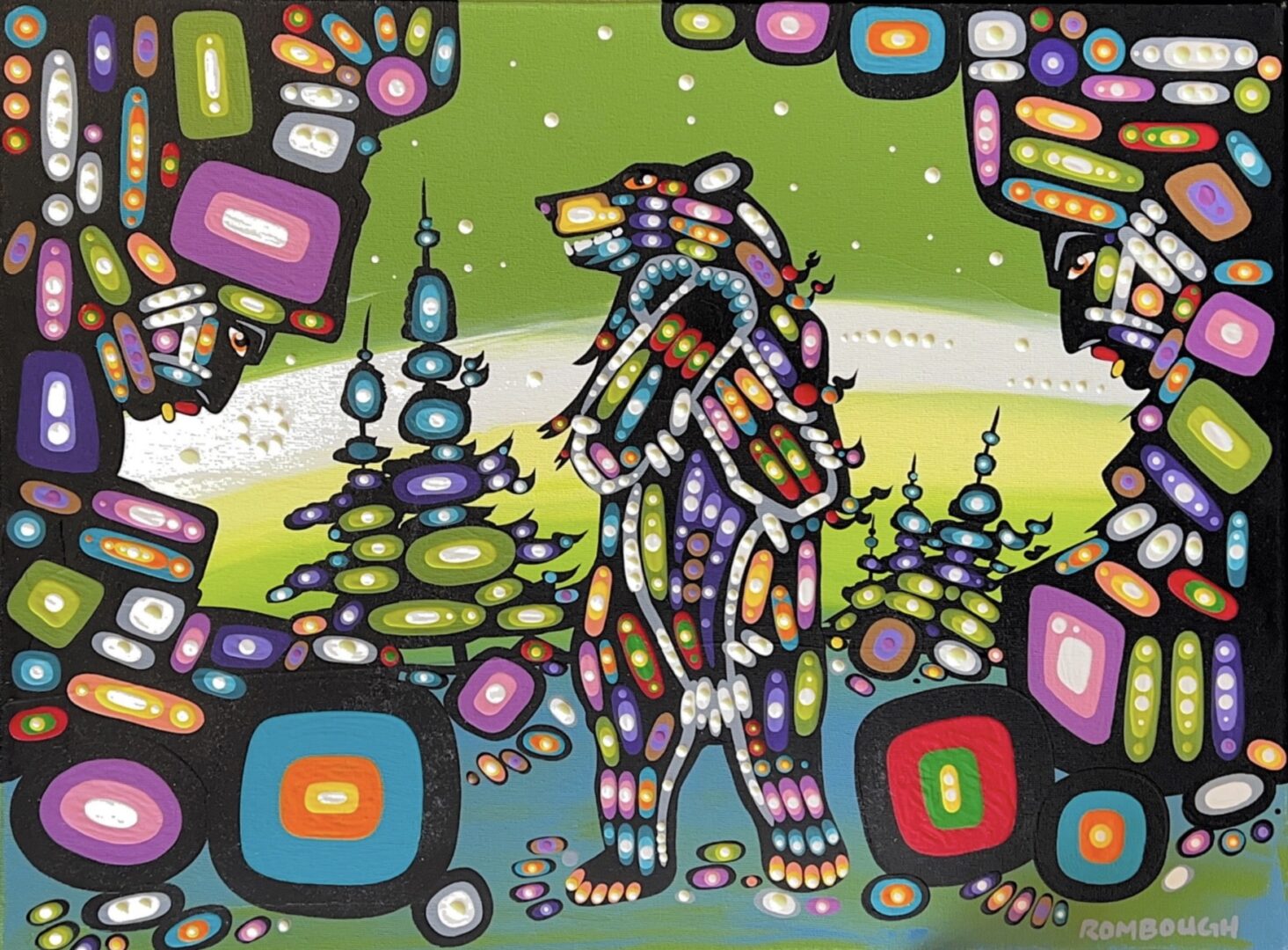 At the age of three, John was adopted by Carol and Lyall Rombough, a Prince Edward Island couple. He attributes his early interest in drawing and painting to being raised in their giving and artistic environment.

As a young adult, John began the search for his birth parents. He discovered his biological father, Alfred Catholique, living in the tiny community of Lutselk’e on the shores of Great Slave Lake in Canada’s pristine Northwest Territories. Warmly welcomed by all the Catholique family, John decided to move to the community in order to rediscover his cultural identity.

John Rombough’s painting style has since changed to reflect the harmony of the Dene people and the natural world. His distinctive modern aboriginal designs also encompass his own personal visions and strong connection with nature. Paintings that communicate to all nations, through visual interpretation, brilliantly mixed colours are transferred onto canvas, sending out a message of compassion and respect.

As John works toward creating original pieces, Ceremonial Drum Songs flow through his thoughts, songs that represent Dene teachings and spiritual way of life. Sacred teachings past down from ancestors through his visions inspire John to live a healthy creative lifestyle. Honoring the ancestors teachings; respect self, respect people and respect the land.

John Rombough is recognized as a role model throughout the NWT and takes his role very seriously. His paintings are instrumental in conveying a message to the youth, a message of encouragement, leadership, strength, will power and determination. New cultural discoveries continue to provide him with an inexhaustible resevoir of ideas to put to canvas. 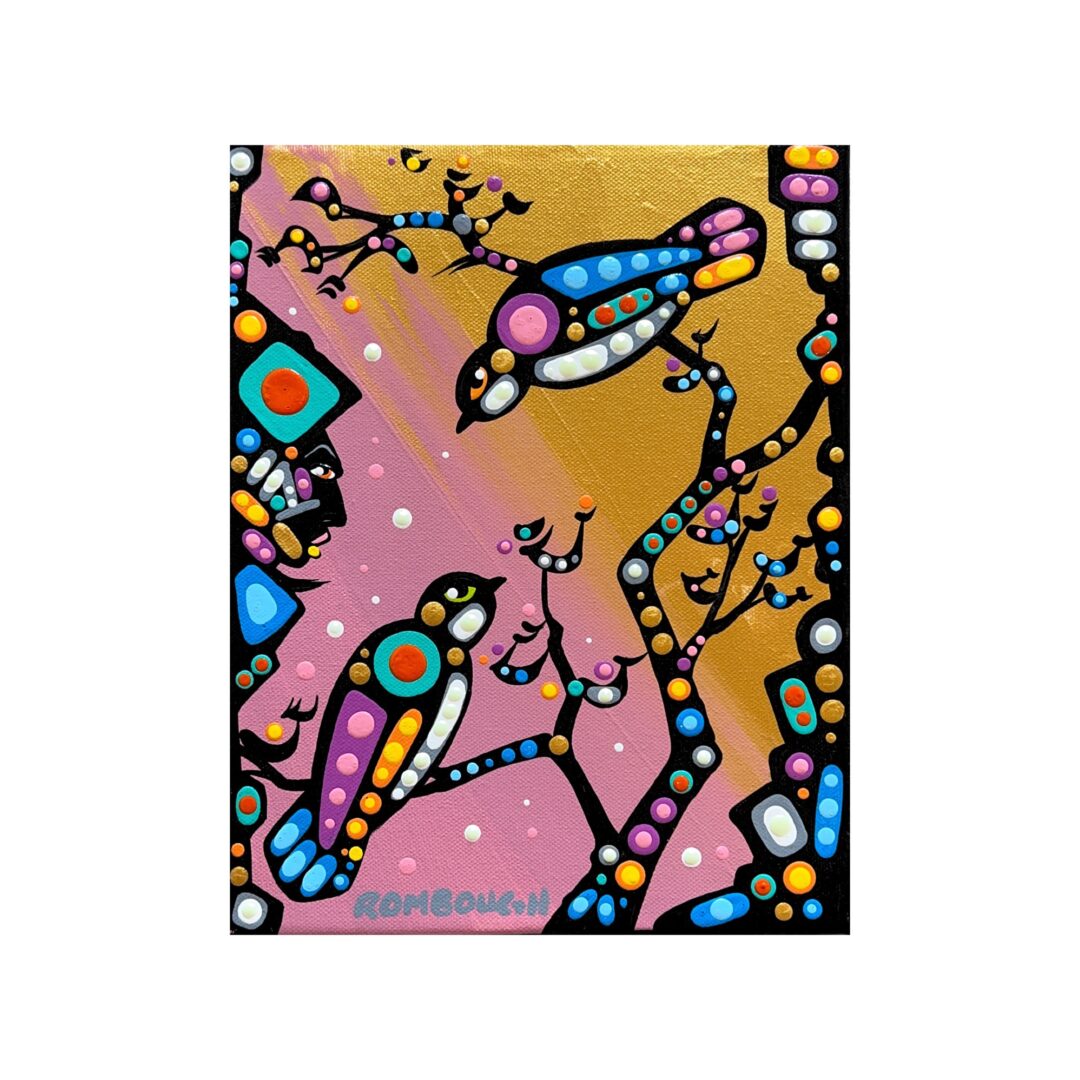 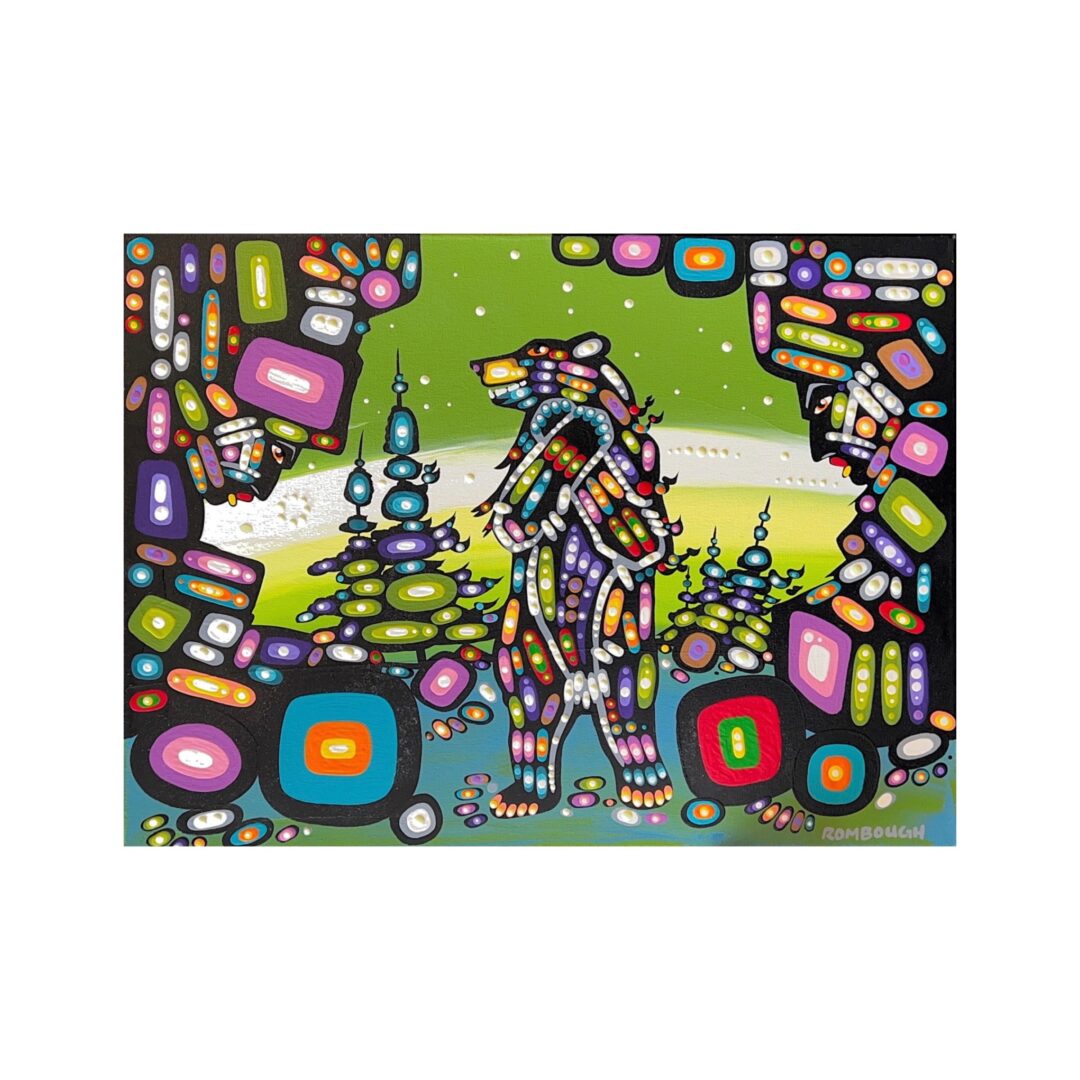 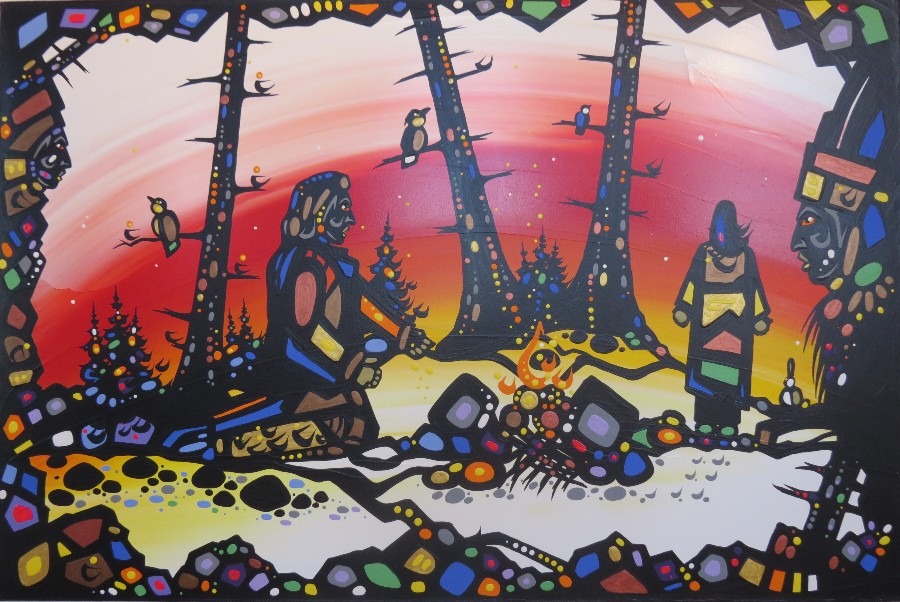