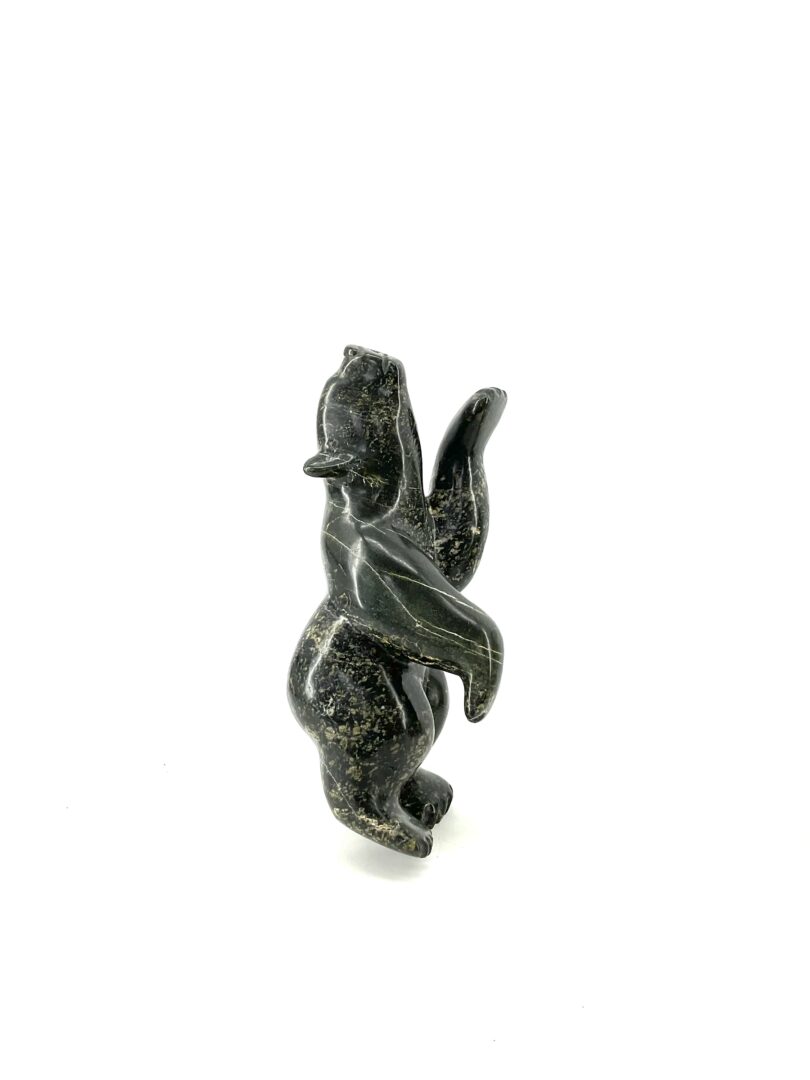 Jimmy Tunnillie is a young up-and-coming artist. He prides himself on being part of a family of carvers. Jimmy describes his grandfather, Qabaroaq Tunnillie, as someone who has influenced his work. Another very well known carver in the Tunnillie family that help teach Jimmy is Ashevak Tunnillie, Jimmy’s uncle.

Jimmy prefers to work primarily in soapstone, carving bears, birds, and walrus. Animals play a vital role in the everyday lives of Inuit people, and only in the recent past has the peoples’ dependence on them lessened. Based on years of observing, stalking, and butchering prey, Inuit wildlife art shows a keen awareness of the physical characteristics, habitats, and seasonal changes of animals.

Cape Dorset is probably the most famous art-producing community in Canada’s north. With so many talented sculptors, there is bound to be a wide range of styles. The Cape Dorset sculptural style is rooted in both wildlife and the spirit world but has incorporated a love of the flamboyant, the dramatic, and the decorative.