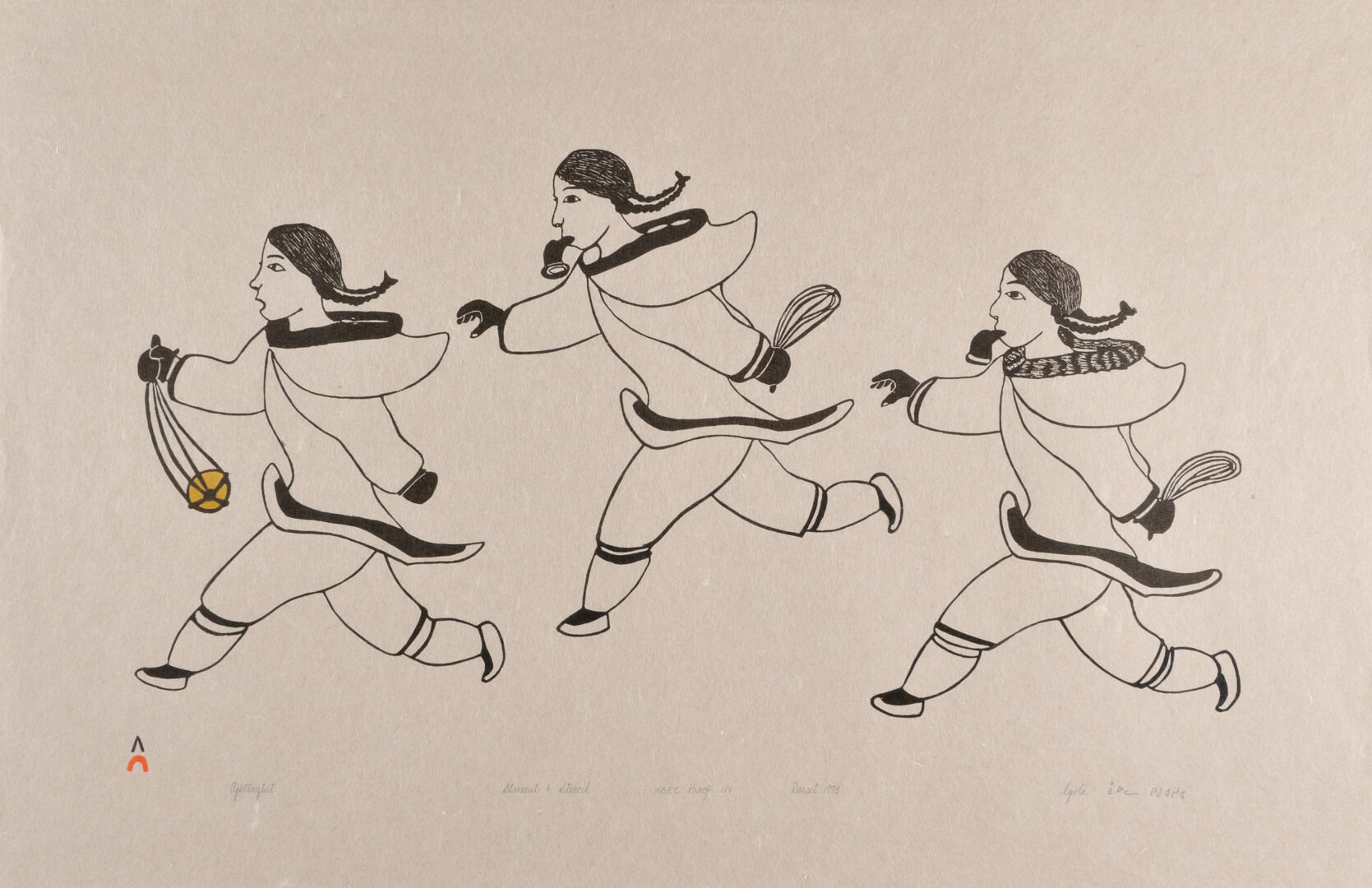 Kingwatsiak was one of the first Inuit artists, alongside Lukta Qiatsuq, Eegyvudluk Pootoogook and Kananginak Pootoogook, to engage in formal printmaking practices with artist and Canadian government official, James Houston in Kinngait during the late 1950s.

Kingwatsiak’s artworks were exhibited in the Cape Dorset Print Collections between 1959 and 1993. He created 155 prints using a variety of methods, including etching, engraving, stencil and stonecut. He is noted for creating artworks that featured Inuit figures within northern environments and Arctic animals, such as birds, whales, walruses and bears. He was also known for his technical artistic experimentation with various media. Kingwatsiak was part of early experiments with copperplate engraving in Kinngait in 1962, and also attended workshops to learn about tools for carving hard stone.

Kingwatsiak’s artwork is in many public collections across North America, such as the Museum of Modern Art, New York, the National Gallery of Canada, Ottawa and the Winnipeg Art Gallery. His artwork has been exhibited within galleries across Canada as well as internationally. He was also active in his northern community, including being President of the West Baffin Eskimo Cooperative from 1971 to 1973, as well as serving on numerous community boards and committees.