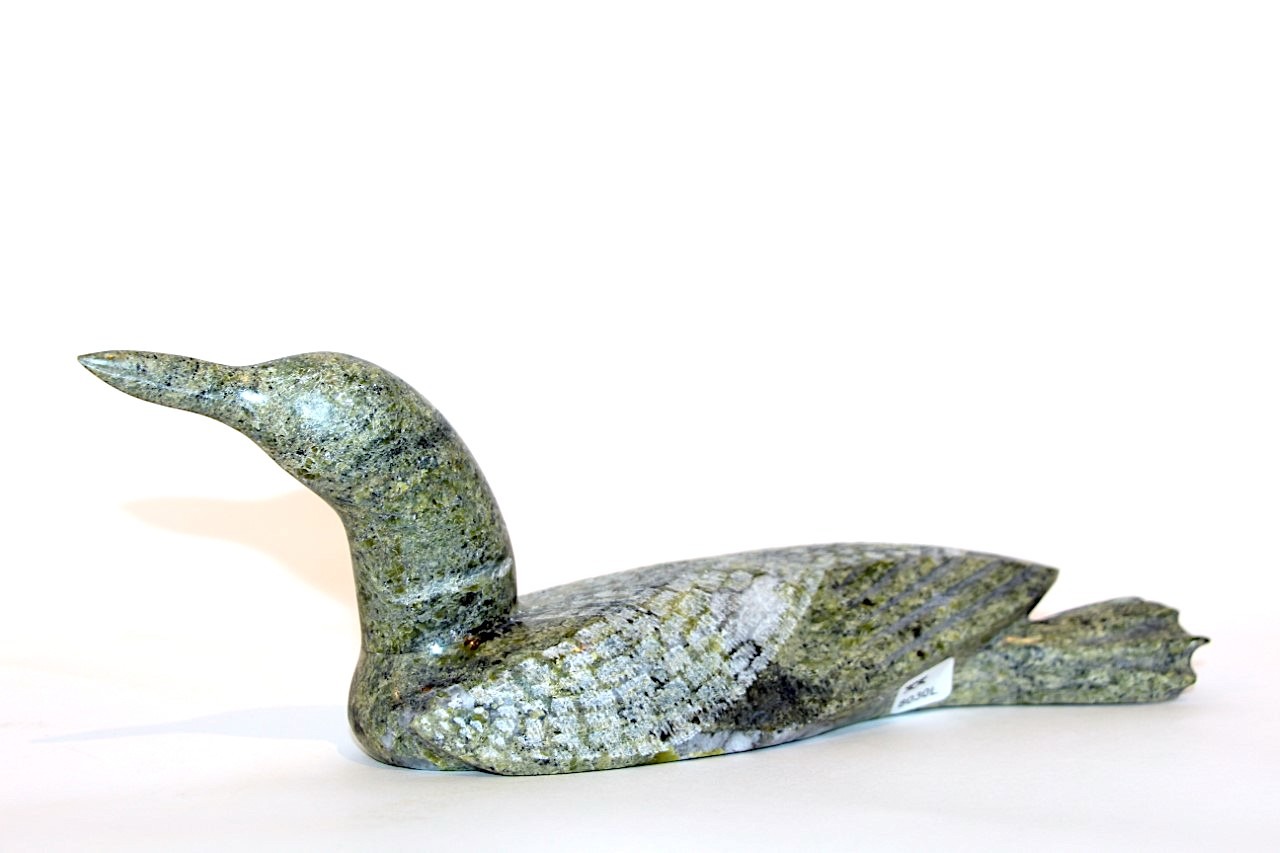 He comes from a family of well-known artists from the most art productive community on Baffin Island. He is the son of the late graphic artists and carvers Etidloooie and Kingmata Etidloooie. Itulu’s younger brother Kelly is also a very talented sculptor, known primarily for his carvings of narwhals. Omalluk Oshutsiak, their sister, excels in small scale carvings of people. There are several younger members of the family who are very gifted carvers, Mary and Pitseolak Oshutsiak, Isaac Etidlui (Itulu’s son), and Toonoo Etidlui.

Itulu is best known for his delicately carved loons, often in flight, then mounted on either stone or a piece of caribou antler, as well as for his refined carvings of resting wolves. Itulu’s style is highly representative of Cape Dorset art. It is rooted in a love for naturalism, with an affinity for decorative stylisation.

He has several collections exposed through Canada as well as the USA. In fact, he exposed at the Art Gallery of Ontario, the GE Canada Inuit Art Collection, Vancouver Art Gallery and at the Winnipeg Art Gallery.