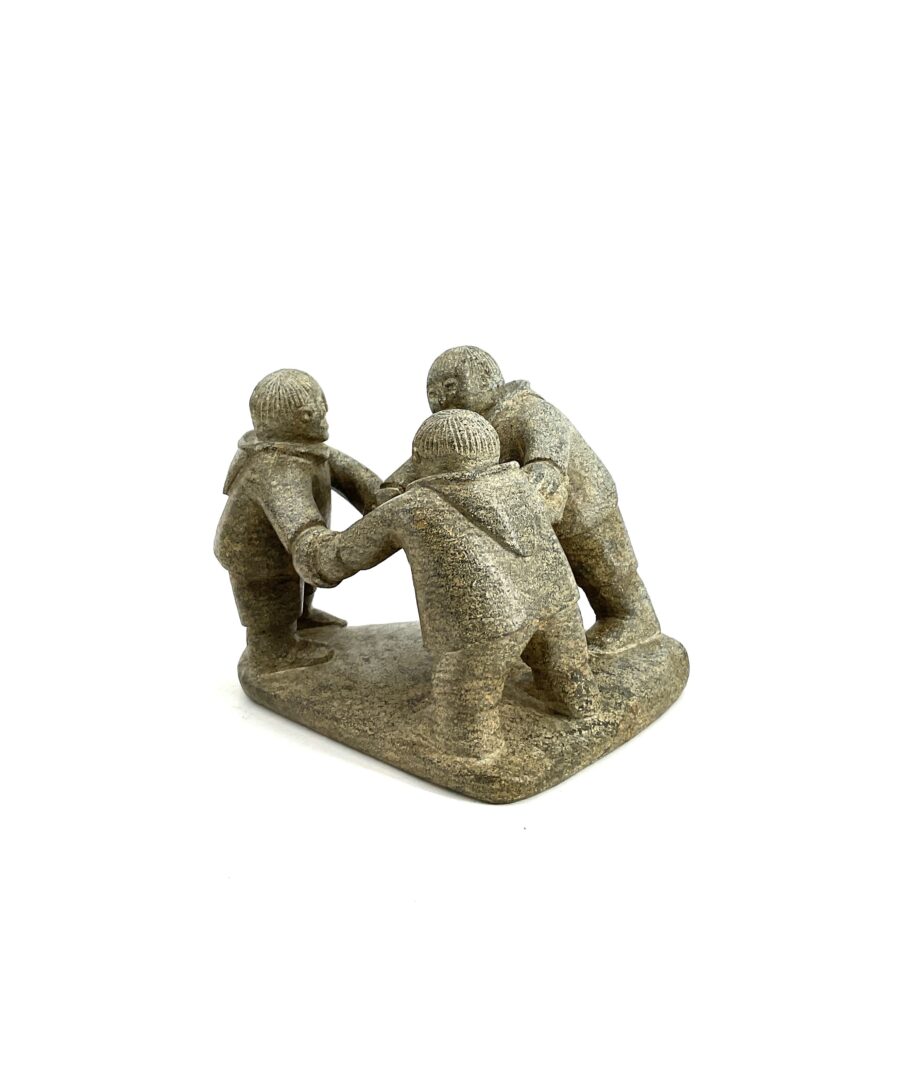 Ivujivik is a northern village (Inuit community) in Nunavik, Quebec, and the northernmost settlement in any Canadian province, although there are settlements further north in the territories.

The village itself is located on a small sandy cove between imposing cliffs that drop steeply into Digges Sound. Here the strong currents from Hudson Bay and the Hudson Strait clash, sometimes even crushing trapped animals between the ice floes. Directly north across the sound are West and East Digges Islands. Farther north in the Hudson Strait are Nottingham and Salisbury Islands.

Kiatainak would mostly carve in soap stone and would depict inuk men in their day to day lives.