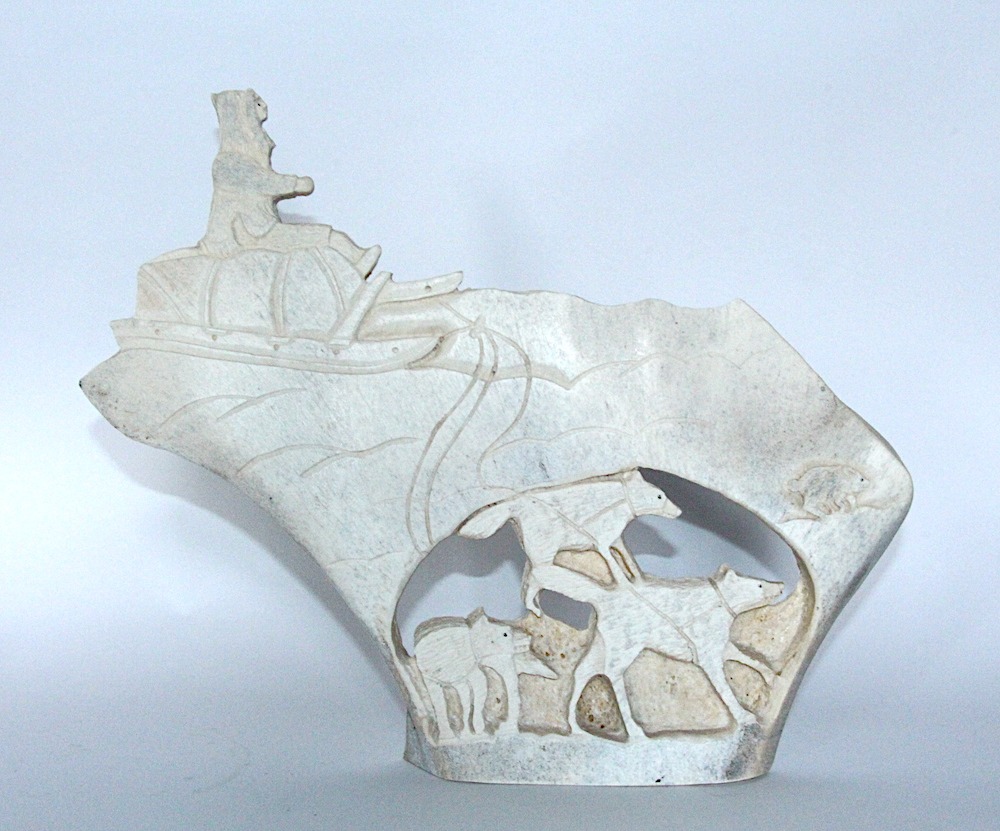 Henry Nakoolak decided to become a carver, he says, when he realized he wouldn’t finish high school. Henry’s career officially began in 1988 when he sold his first piece to the Co-op for six dollars. He had been fiddling around with various pieces of antler and not taking carving too seriously, but after that first sale, he really started getting into it. “Back then [six dollars] felt like a whole lot.”

He recalls with much enthusiasm that his mother used to carve miniatures out of walrus teeth. Henry would sit and watch her delicately bring tiny seals, geese, bears and other arctic animals to life.

When carving, even though Henry knows he should wear a mask, most of the time he doesn’t. It’s a matter of detail and visibility.

Carving a life from stone and bone isn’t easy even for an acclaimed artist like Henry. In fact, an Arctic carver is always on the move in one way or another; if it’s not selling, it’s carving or harvesting soapstone, limestone, antler, beluga vertebrae, walrus jaw, caribou shoulder bones. Whatever he can get his hands on he can turn it into something beautiful, and that’s what keep him going. 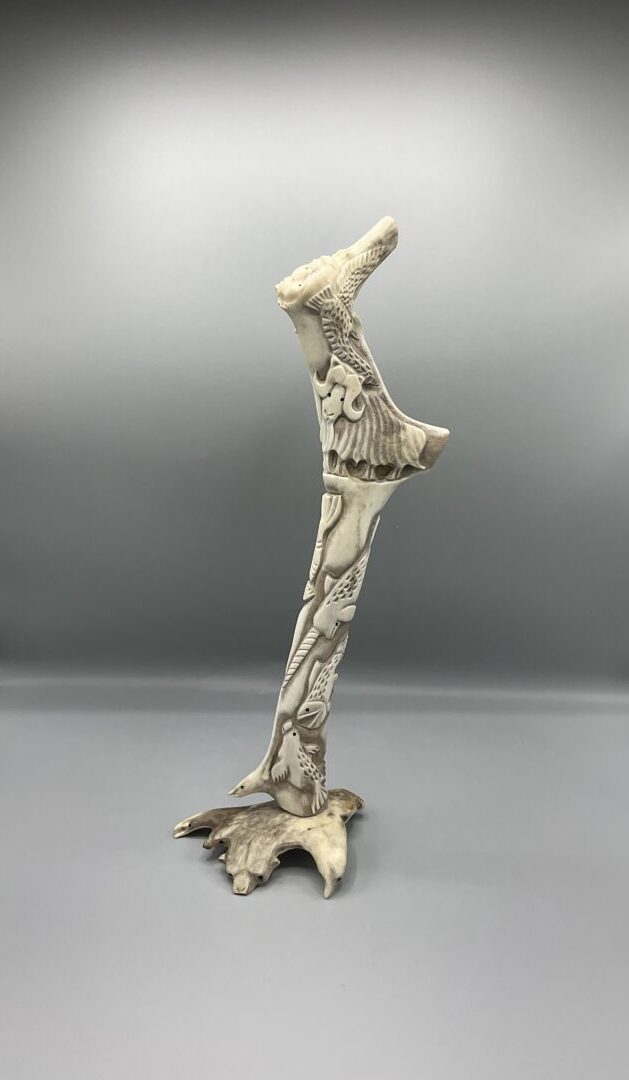