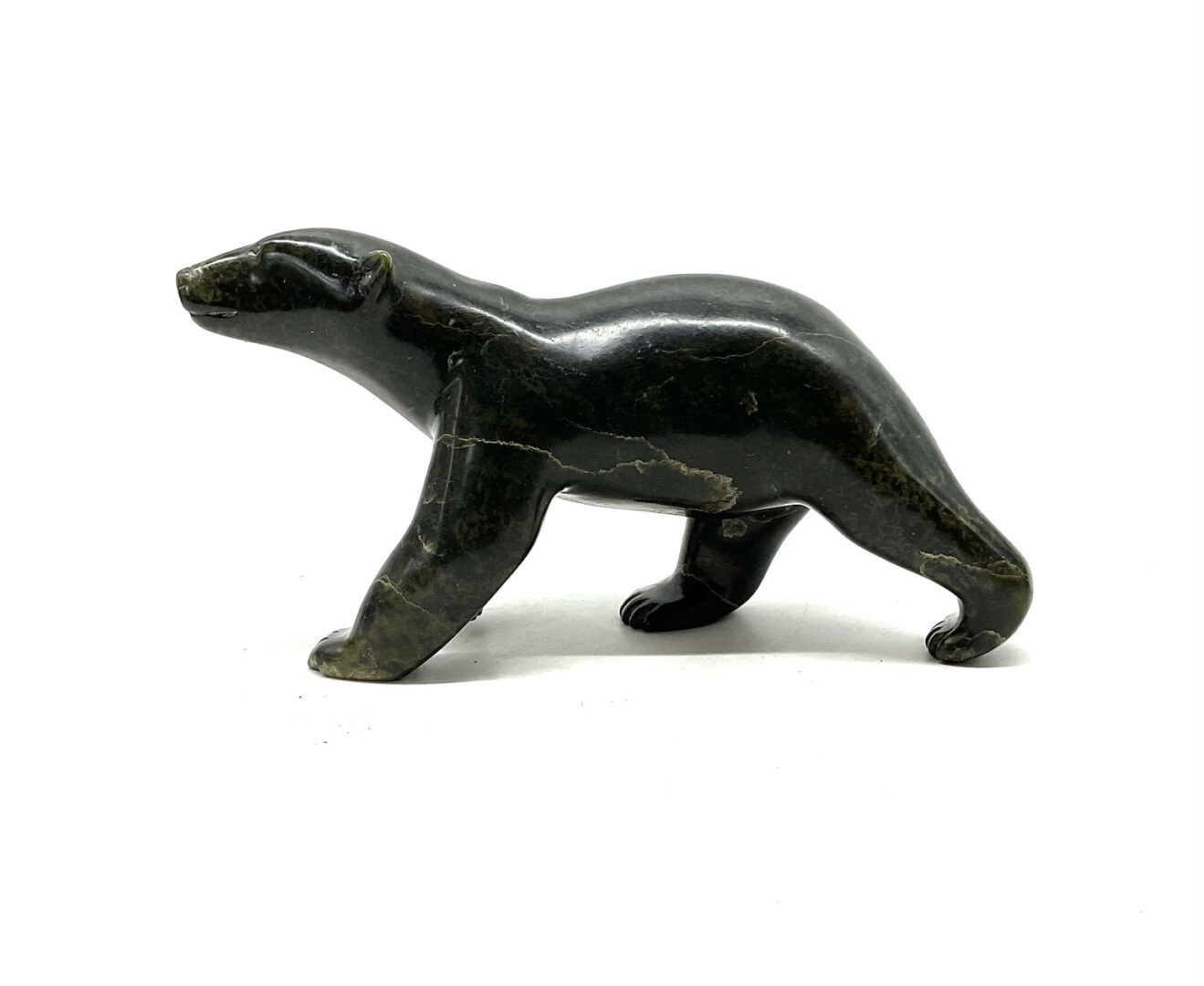 Henry Evaluarjuk, sculptor (b at Igloolik region, north Melville Pen 1923), directly related to the Evaluarjuk who was so important as an informant to the Danish anthropologist Knud Rassmussen. Evaluarjuk moved from Igloolik to Frobisher Bay [Iqaluit], southeast Baffin Island, during the DEW Line construction era in the mid-1950s.

He had done some earlier ivory and stone carving but began his development as a sculptor in Frobisher. Following this period, he went to Yellowknife, NWT, and remained there for several years. During that period, he greatly perfected his carving skills, drawing on his great hunter’s memory for human and animal forms, most especially sleek, lively bear sculptures for which he has become justly famous.

Henry is known primarily for his sculpture but his talent is equally evident in his drawings and paintings. Henry’s style is realism. Like many other Inuit artists, he mostly draws his inspiration from the Arctic wildlife. His favourite subject matter are polar bears, often in unusual or heroic poses, or with exaggerated proportions. Evaluardjuk’s ability to bring out the animal essence, rather than seek out the humanness of the animals, is what make his sculpture distinctive.

Evaluardjuk is also one of the few Inuit artists to engage in depicting the human face. His exquisite portraits of ordinary people from his community, with their delicate rendering of detail and expressionism, have becom a well-sought item among fine art collectors.