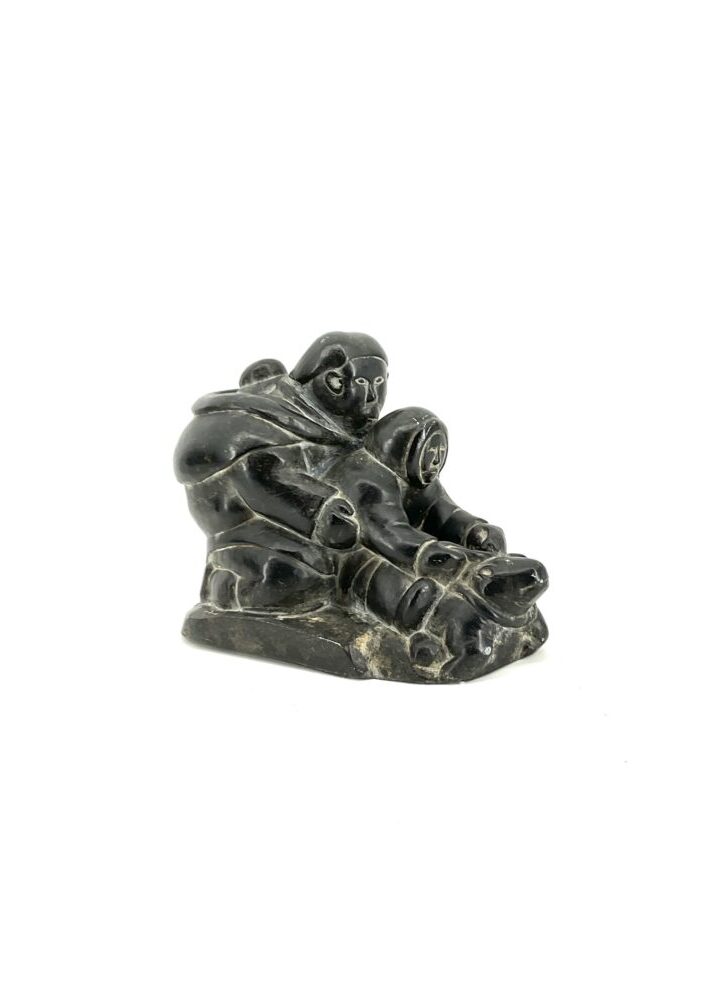 Elijassiapik (1936-2015), born in a camp on the Nauligarvik River, north of Inukjuak, moved to Inukjuak in 1965. He lived during the era of family camps and its semi-nomadic lifestyle and experienced the change from family camp life to community life.

Elijassiapik’s carvings from the late 1960s are moderate in size, round, and usually depict fish or birds. He also accentuated his larger figurative sculptures’ elliptical-shaped eyes with ivory or bone inlay.

Elijassiapik was President of the Inukjuak Community Council for many years, and served on the board of directors of La Fédération Coopératives du Nouveau-Québec.