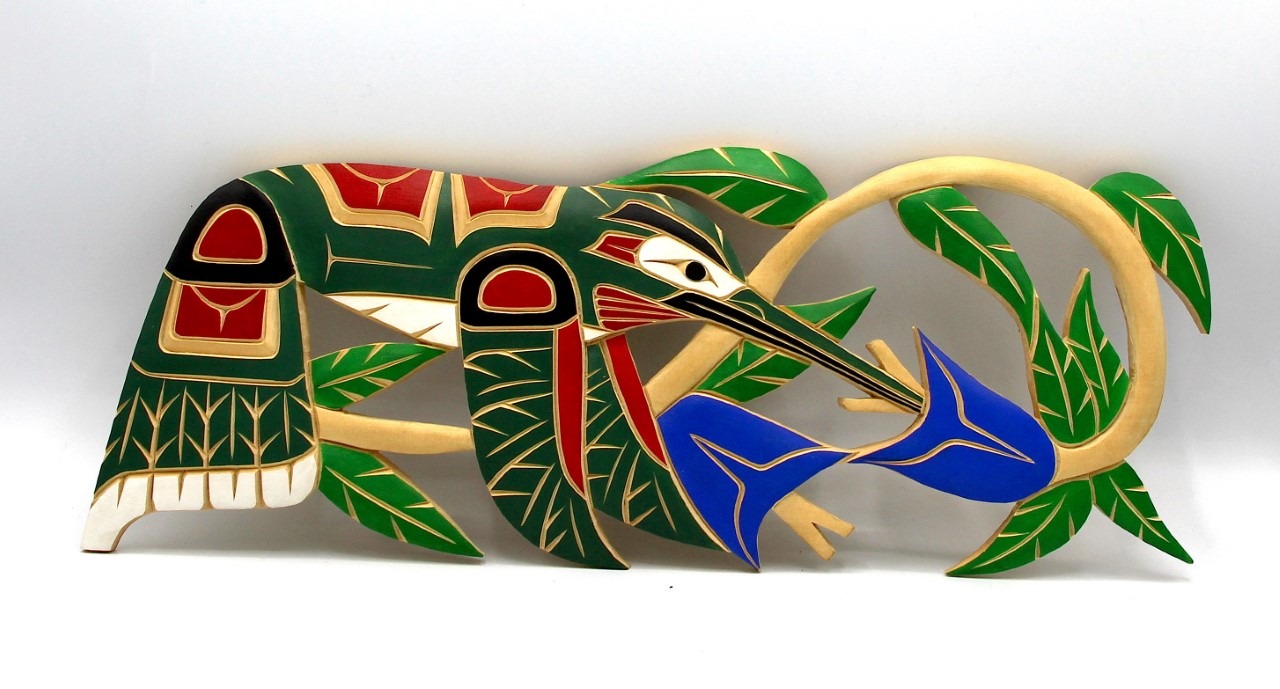 Eddie Apodaca is a Squamish Nation carver who was born in 1969 in Squamish, BC. He takes the bear, the elder kinsman as his family crest. He was raised the traditional way, learning about his heritage and culture, such as hunting, fishing, singing, dancing, beading, and carving.

Eddie has been carving for over 25 years and first began carving with Squamish Nation artists Earl Lewis and Jacob Lewis, but is mostly self-taught and carves in the Northwest Coast style. Eddie specialized in intricate wood carvings of many different forms such as plaques, bowls, poles, masks, rattles and talking sticks.

Animal themes are the most common element in Eddie’s work with special attention to detail. These carvings may have a natural finish, be stained or had painted. He is especially known for his detailed Hummingbird plaques that are seen in many local art galleries and gift stores in the Vancouver area.