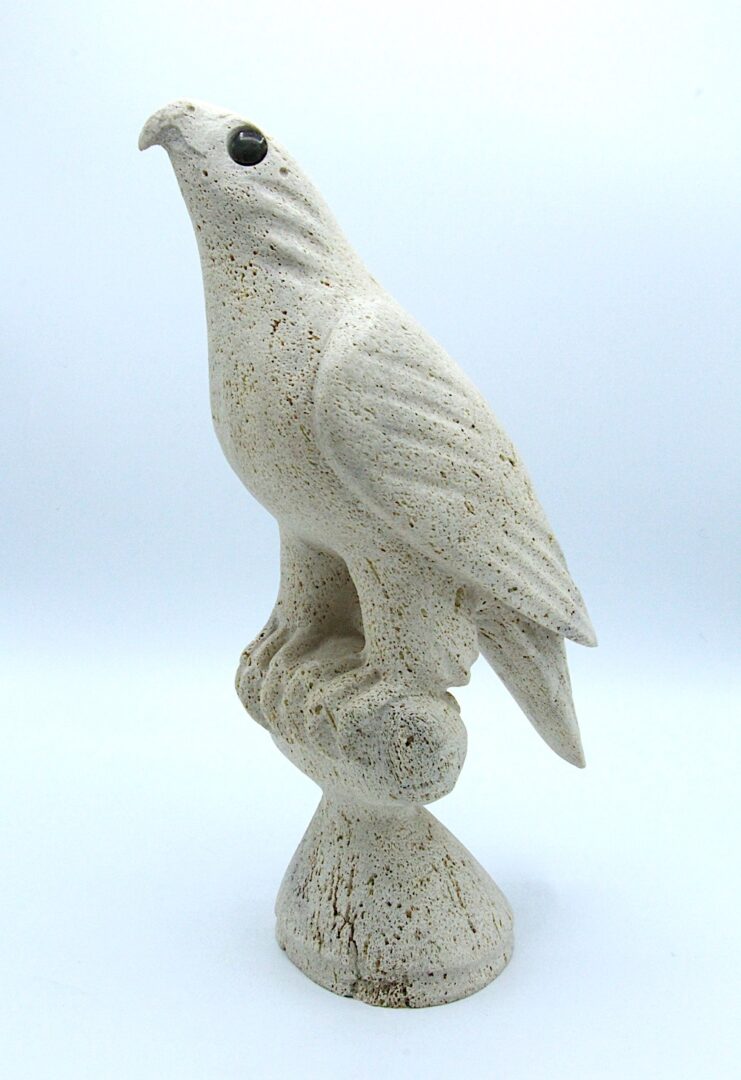 Charlie Ugyuk is an art sculptor carver who works with fossilized whalebone. Charlie loves to create animals, such as falcons. Sometimes, to define the eyes of his sculpture, Charlie Ugyuk uses serpentine, a hard stone, from the same family as jade, that is found in his territory.

Charlie’s brother is the well-known Gjoa Haven sculptor Judas Ullulaq. Another one of his brothers Nelson Takkiruq also carves in Gjoa Haven.

His sculpture “Devil After Birth Holding Young Devil”, 1983-85, was featured on the cover of Inuit Art Quarterly, Spring 1993.