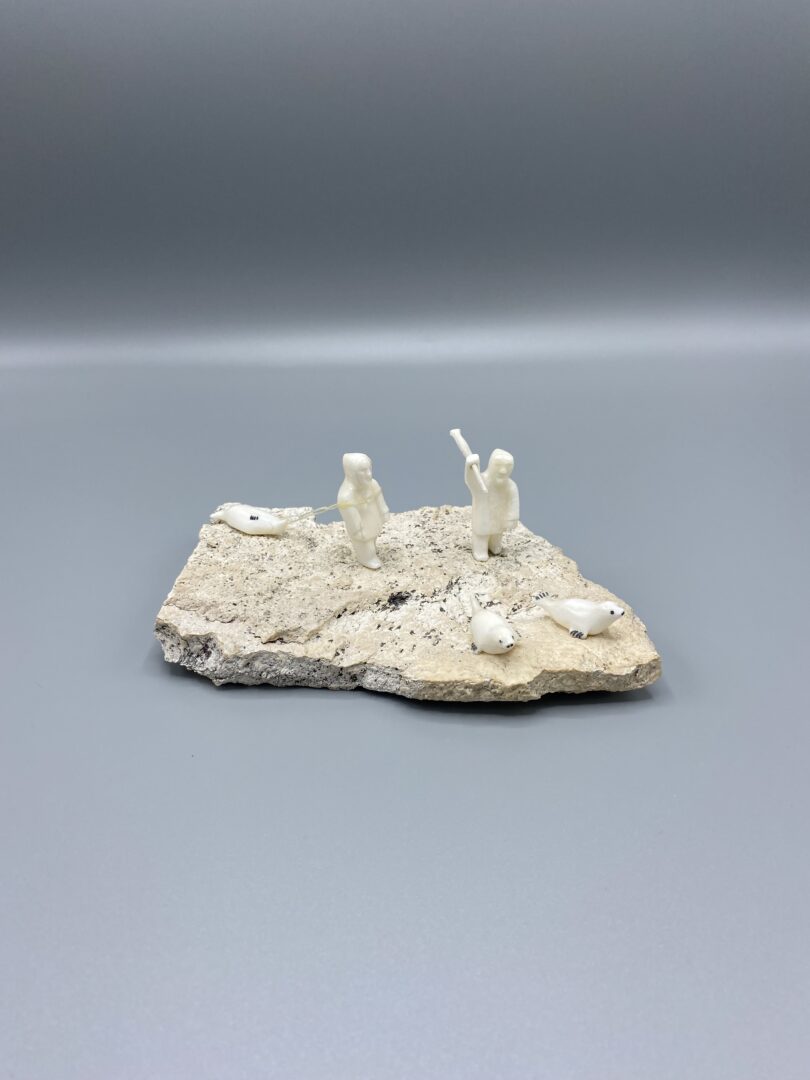 Emily Illuitok has become one of Nunavut`s most original and recognizable carvers. Her miniature scenes of hunting, fishing, dog sledding are unlike any other carver in terms of style and quality.

Emily preferred to carve in fragile materials such as whalebone or caribou antler for the base and walrus ivory for the figures. Using these materials creates a contrast of textures which is visually very appealing. She uses the natural form of the material to its highest potential, letting the raw structure dictate the final product. Her compositions are typically monochromatic in white which complements her snowy scenes perfectly. An Inuit man kneeling in a parka ice fishing while a polar bear looks on is pleasant in its simplicity and honesty.

Figures are simplified to their essential forms. Birds are often seen flying overhead while being securely attached to the base. Emily`s carvings are always grounded and true to life. Dog team expeditions march with sacks on their backs in the hunt for a polar bear or seals.

Holding a piece by Emily means participating in the narrative of traditional Inuit life. Her figures are doll like in appearance which adds to their overall charm. It is no wonder Emily was chosen to present an ivory nativity scene for Pope Benedict XVI in 2007. Her sons, Liederik and Michael Illuitok, are both artists in Pelly Bay who have followed in their mother`s footsteps.