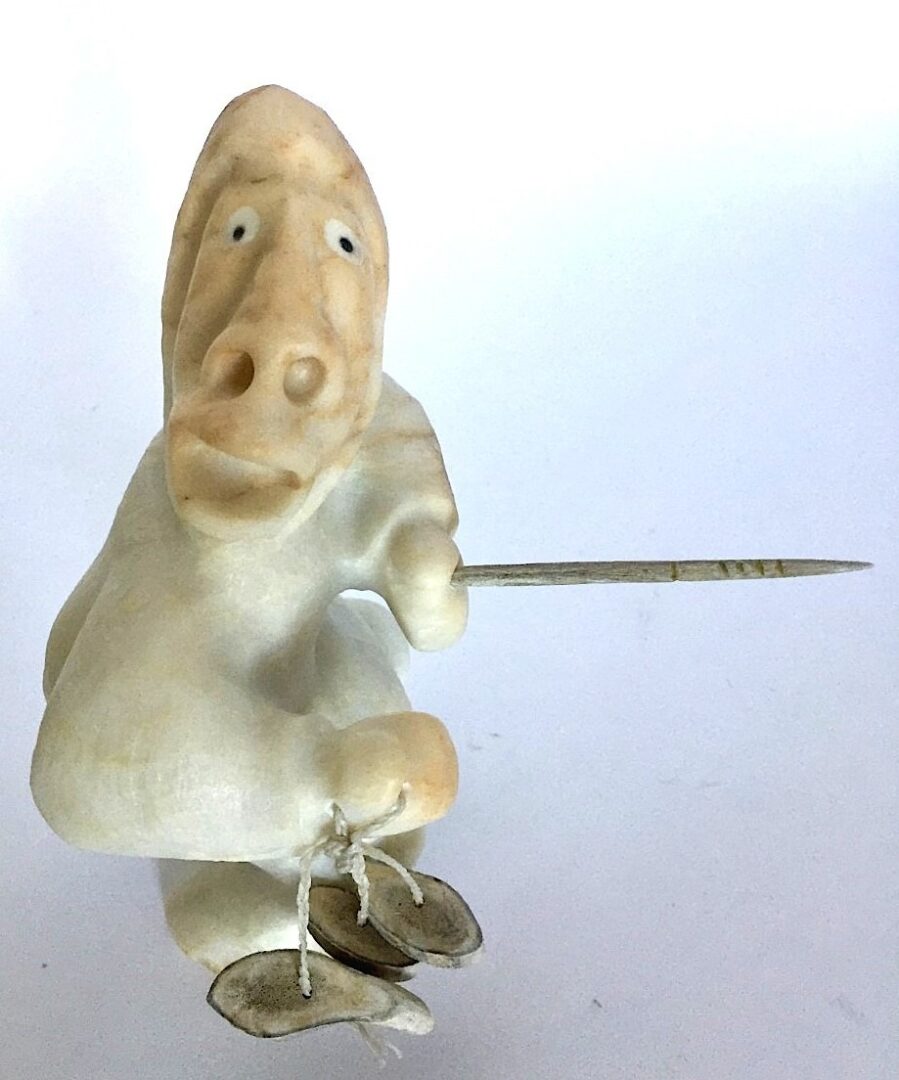 Wayne Puqiqnak is the third generation of working artists in his family. He is greatly influenced by the work of his father as well as his grandfather, Nelson Takkiruq, a well-known Inuit artist.

The Inuktitut name for Gjoa Haven is “Usqsuqtuuq”, which means “a place of plenty of fat.” The name refers to the fatty fish and seals that were abundant in this area. It is no wonder, then, that many of the sculptures that come from this region are depictions of hunters.

Wayne works in the classic form from his region, Kitikmeot, which is known for its “grotesque” style in its sculptures. This would include gaping mouths full of crooked teeth, large flaring nostrils, and wide staring eyes.

Wayne prefers to work with the human figure, and enjoys carving Hunters and Drum Dancers. His work beautifully reflects the traditions of his culture of which he captures with masterful skill.