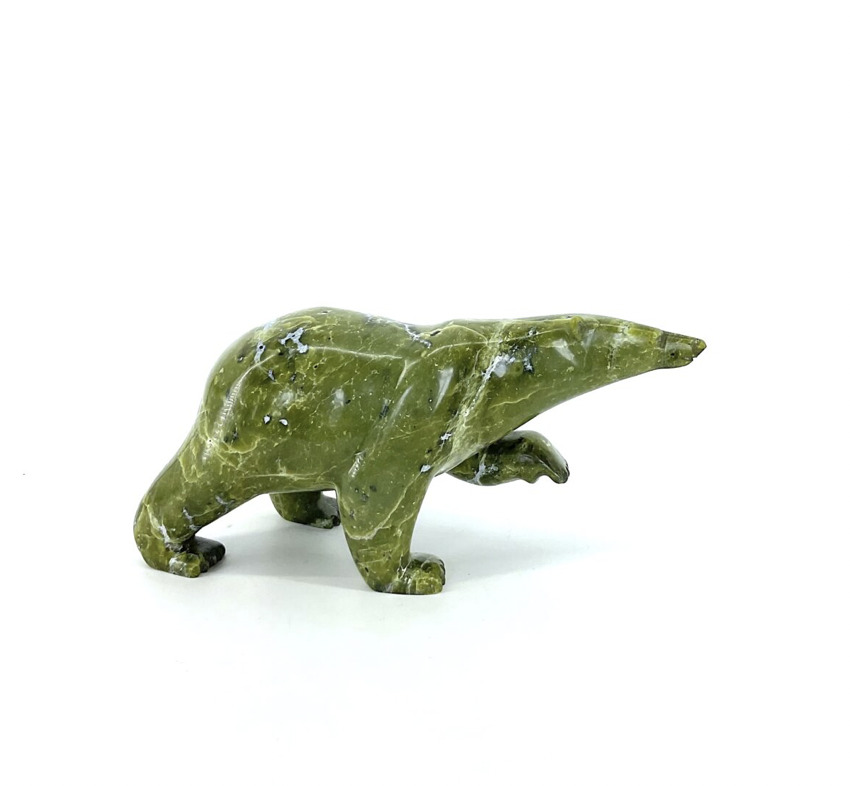 Tim Pee comes from a traditional family background. The Cape Dorset community has more famous Inuit artists per capita than any other region in Nunavut. He started creating art very young, since he was 15 years old. He is the grandson of Kananginak Pootoogook and is also related to well known artists such as Johnny Pootoogook and Ashevak Adla. Tim also learned much of his carving skills from Audla Pee. His favourite subject matter is the polar bear, which he carves in a variety of different positions. He in fact is mostly known for his polar bear carvings.

Tim Pee is considered as one of the youngest and best known carvers living on Baffin Island. His bears have garnered significant attention over the years and have established him as one of the youngest and most talented carvers on Baffin Island. They are very well executed and have an elegant form. It is said that his work has great potential and at present he is at the stage of  developing more freedom in his personal style. The small bears Tim Pee’s carves are  especially popular. He is a full time carver and specializes in carving polar bears either standing or walking. 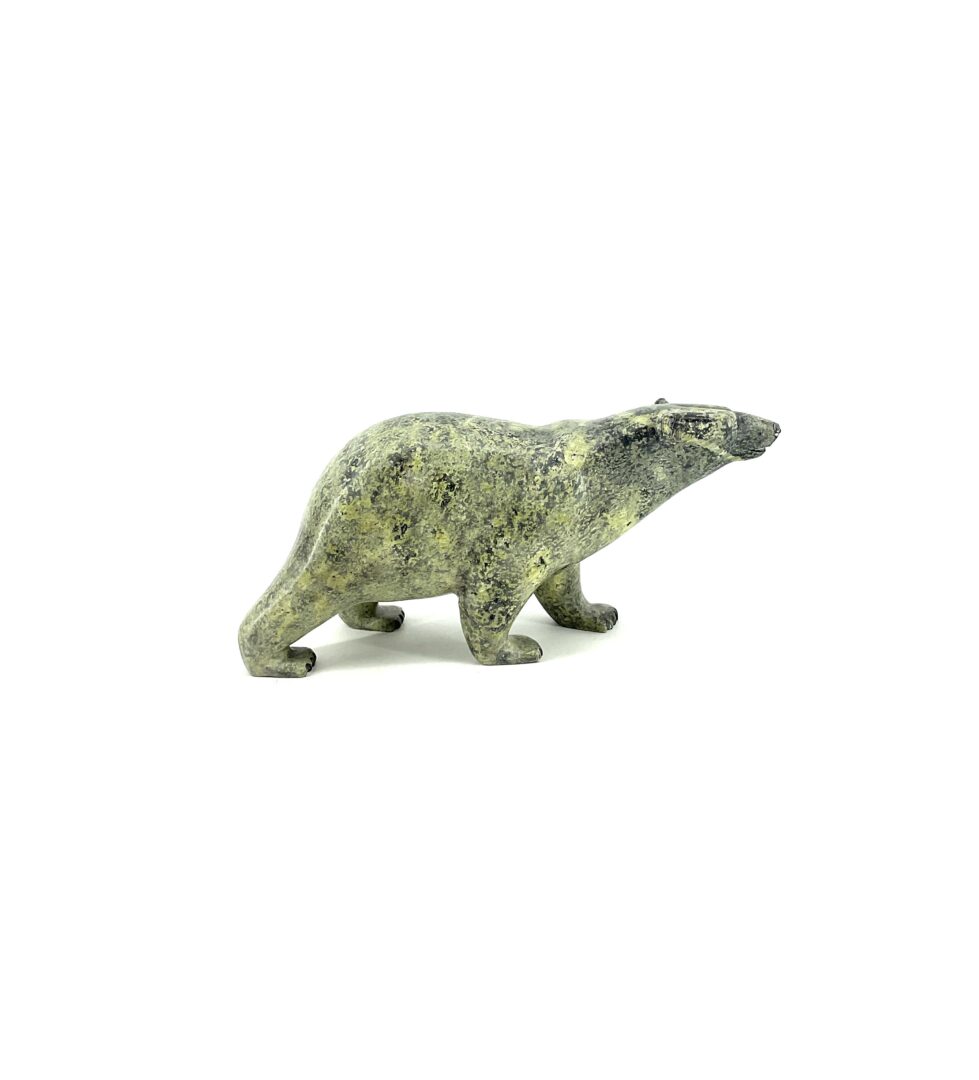 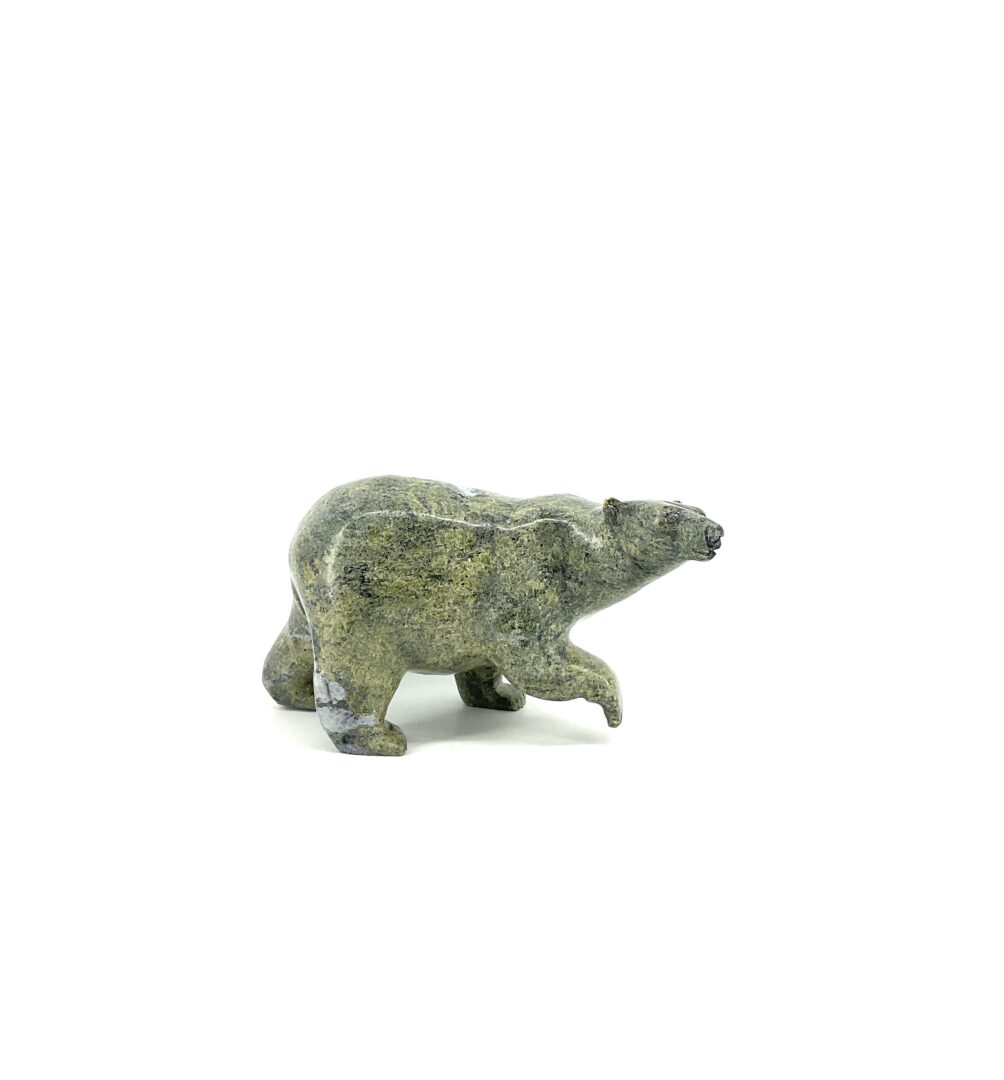 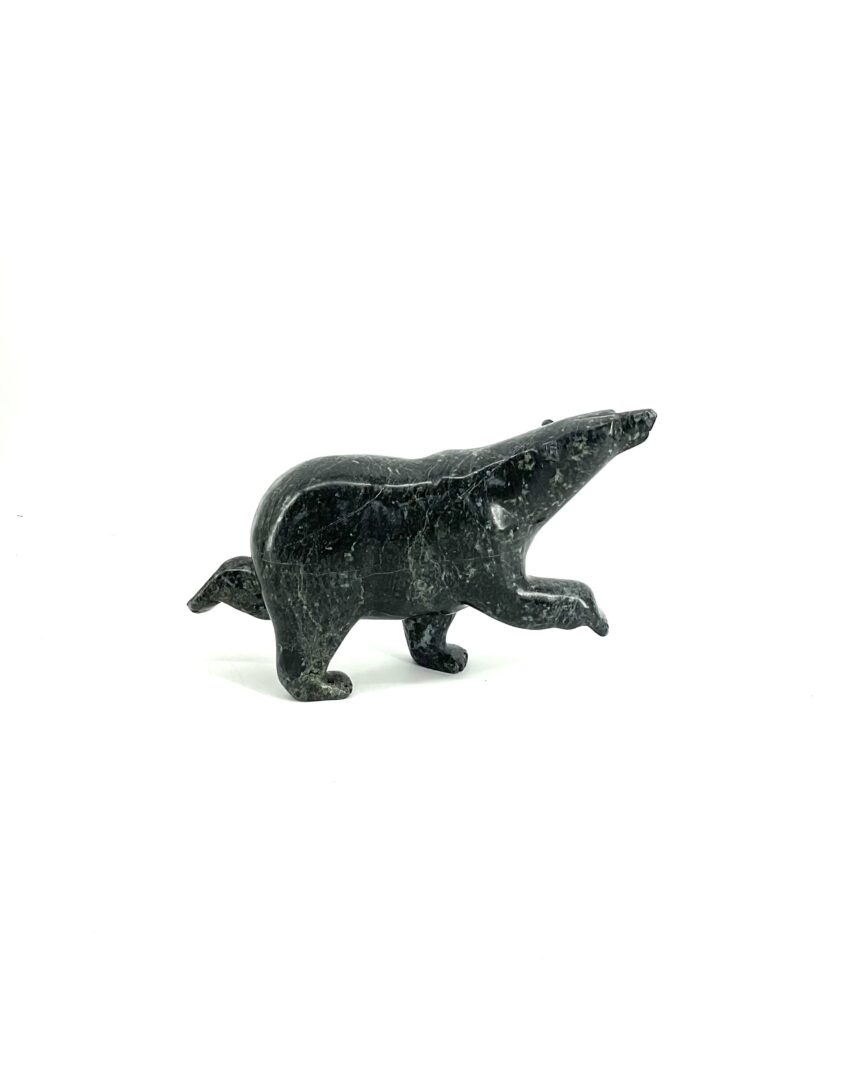 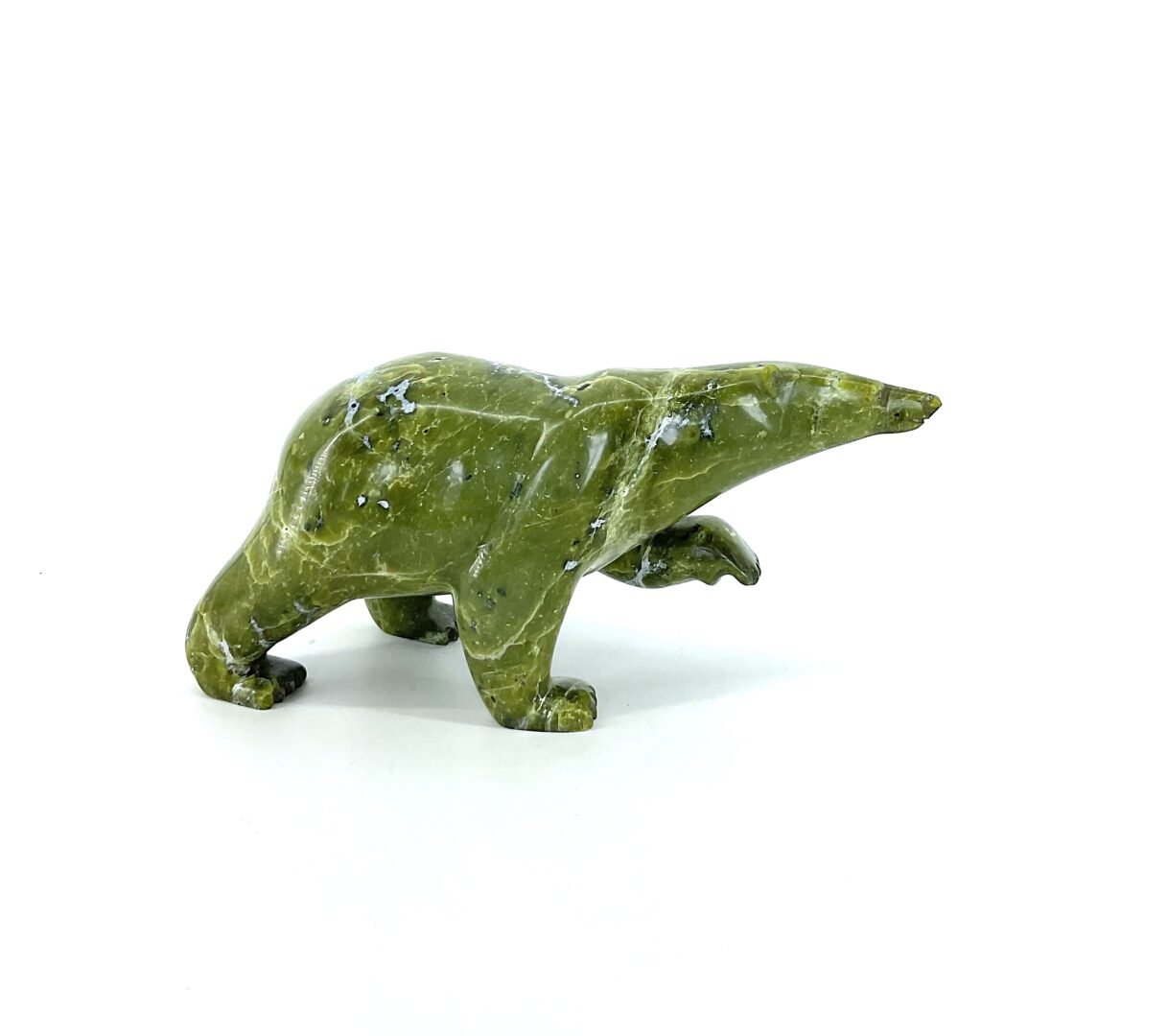