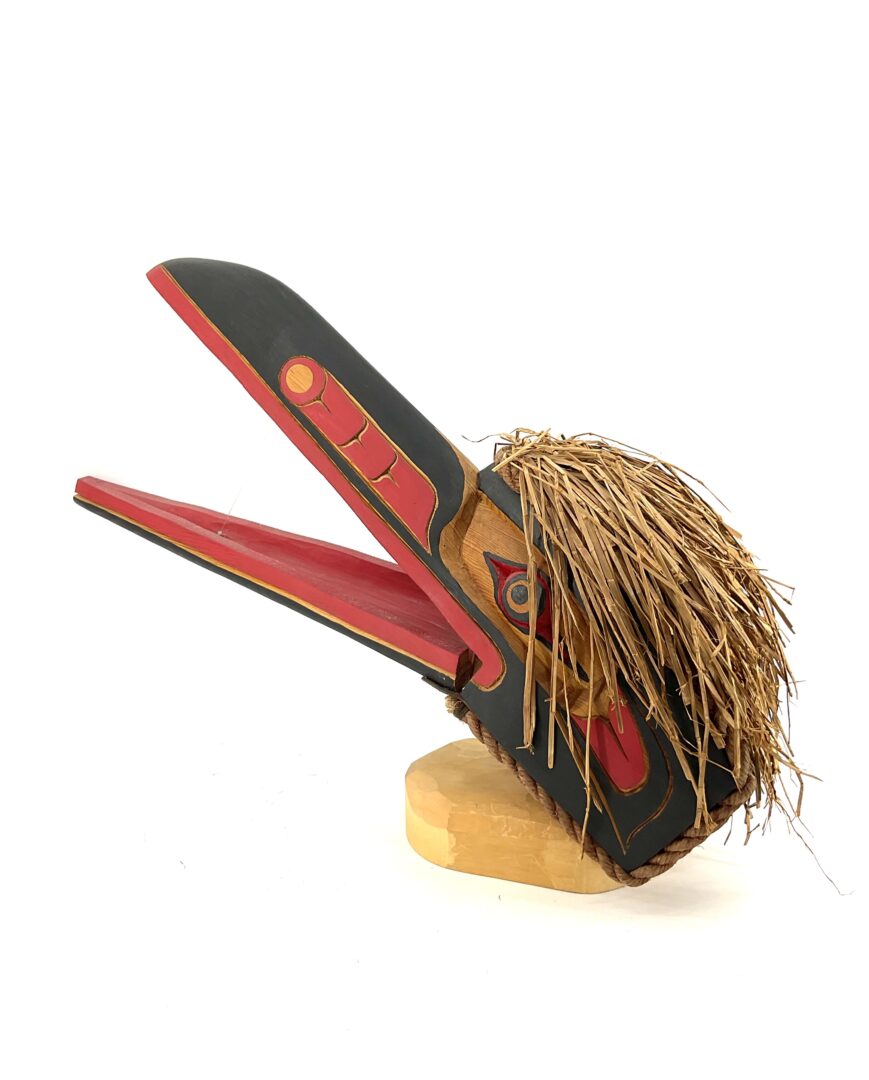 Tim Alfred first started carving in the world-renowned Kwakiutl style at the age of 20. He was mainly taught and influenced by Stanley Hunt, Wayne Alfred, Beau Dick and Calvin Hunt. As a young artist, Tim was able to learn techniques in making bentwood boxes, planking from cedar trees, carving masks, paddles, model canoes and making regalia for traditional use.

In 1989, at a memorial potlatch for Tim’s brother, his family placed him as the family’s chief at the ”big house” in Alert Bay, where he received the honourable name of “Mus-cum-tsi”, which symbolizes the four clans of the Kwakwaka’wakw nation.

Some of Tim Alfred’s projects include drums and paddles he made for the Fort Rupert Elementary School in 1998. He has done work for memorial trophies and made donations to various fund-raising events in his community, including the Big House in Alert Bay.

Tim Alfred’s work can be found in many galleries, the museums in Alert Bay, the Royal British Museum in Victoria, British Columbia and private collections throughout the west coast. 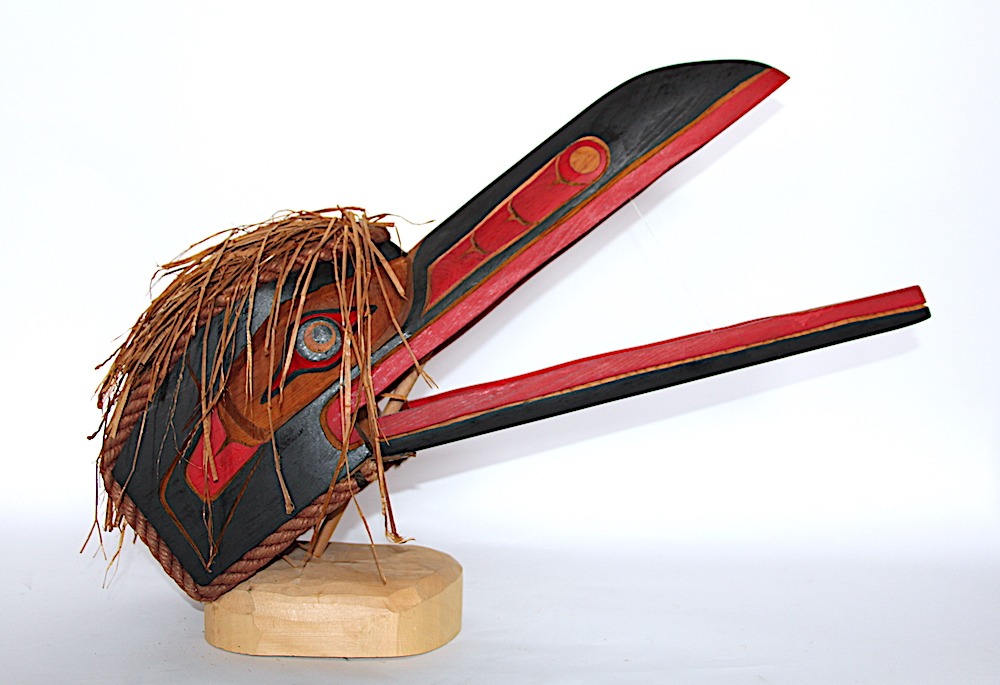 raven that stole the light 57