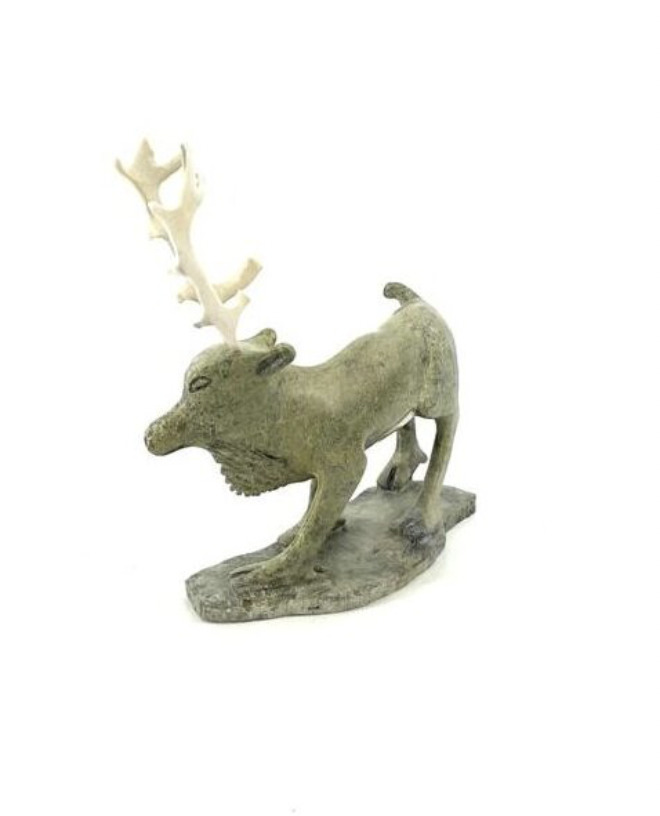 Pavinak Petaulassie’s father, the late Aggeak Petaulassie (1983), was also a carver. His mother, Timangiak, and brothers Qatsiya and Etidlui are artists in Cape Dorset. From an interview with the Inuit Art Section, November, 1994, Pavinak said : “ My father used to tell me about carving. I like carving in stone because it is easier to work with.”

Pavinak Petaulassie began carving in the early 1970’s. He prefers to represent in his art groupings of birds or other animals. He primarily carves in serpentine stone, stating a preference for stone over media. Petaulassie’s style is naturalistic and robust. He frequently employs the remarquable technique of linking multiple individuals together from just a single piece of stone. 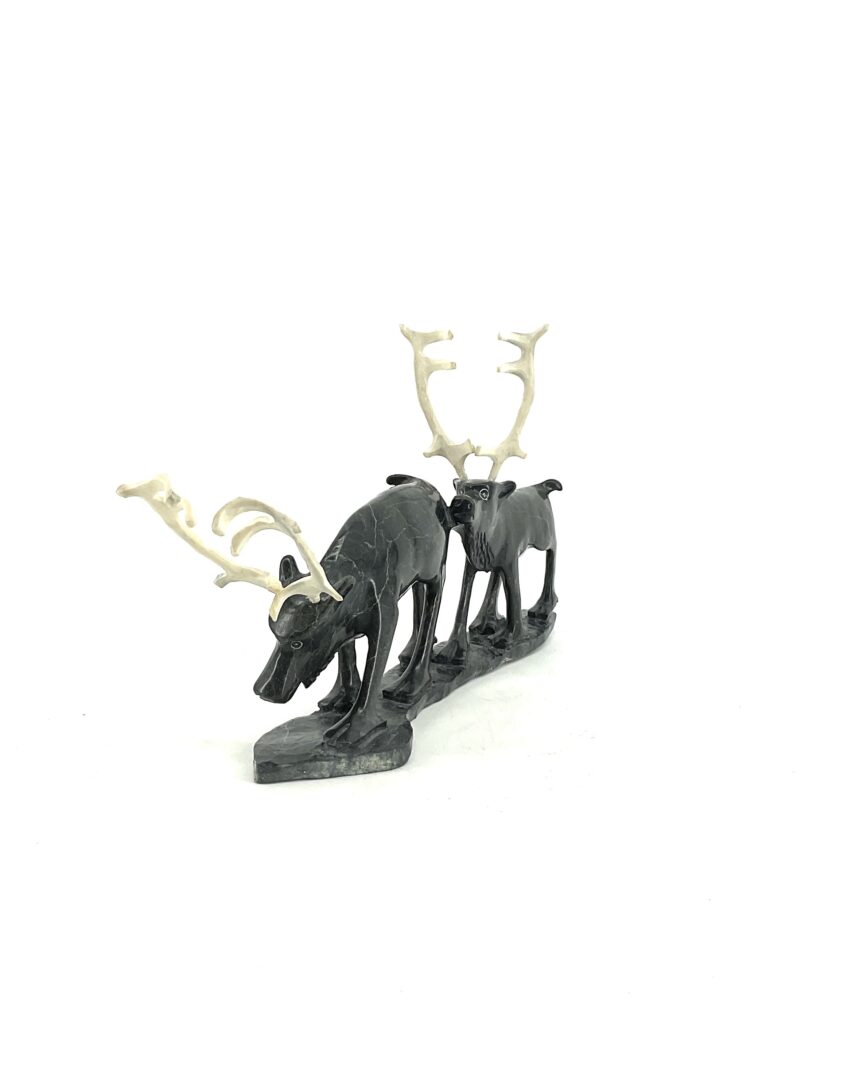 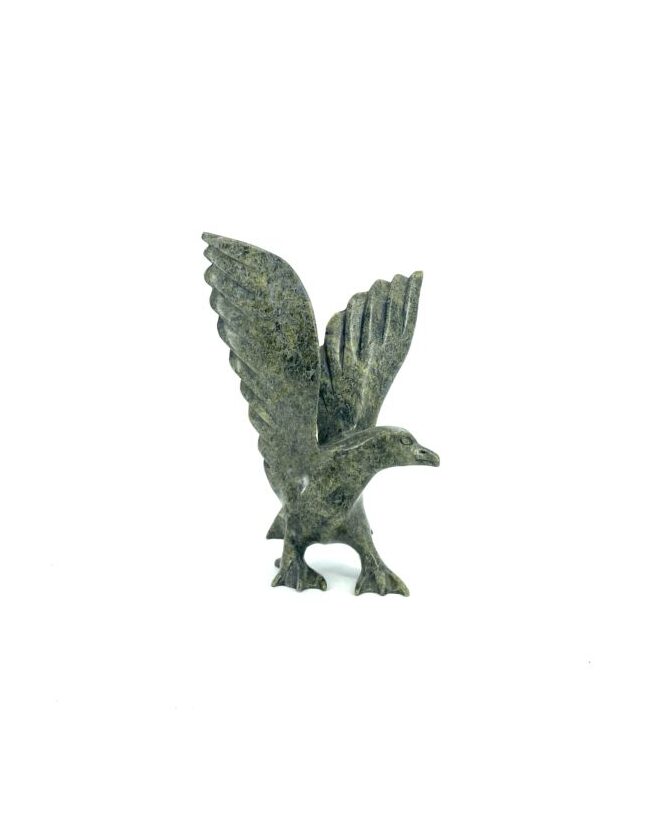 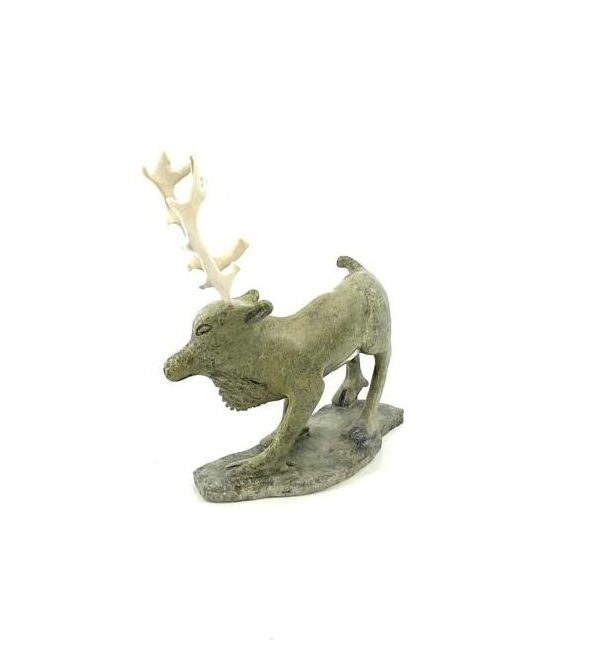 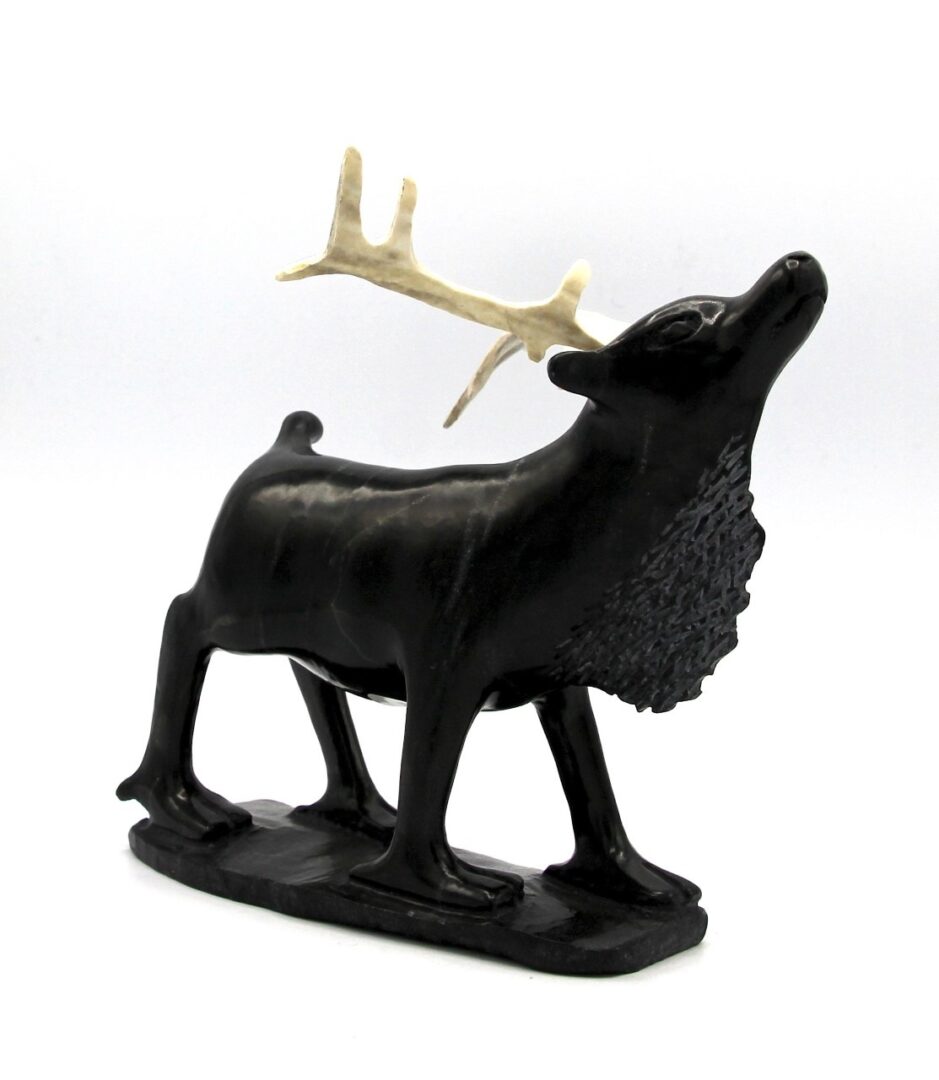