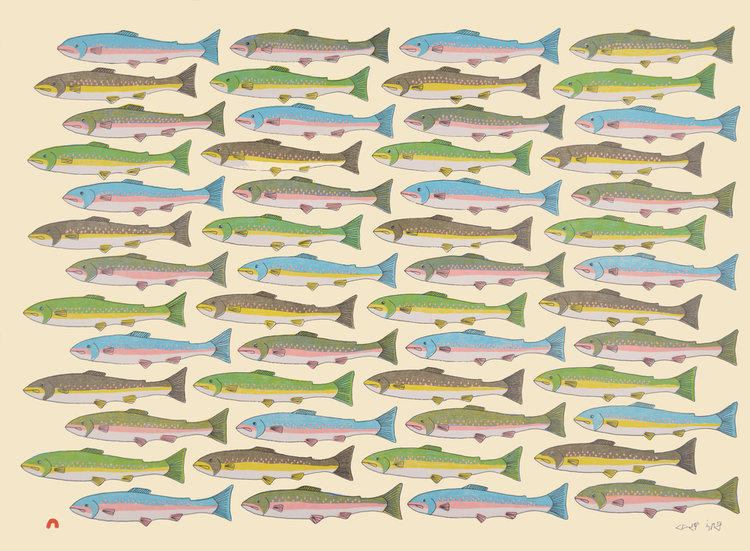 Pauojoungie Saggiak is the daughter of Inooki and Qimirpikuluk Oqutaq. She has a sister Napatchie and two brothers Lasaloosie and Niviaqsi. Growing up she lived in various camps, the last one being just southeast of Cape Dorset. It is here that Pauojoungie had an opportunity to see all manner of birds and animals which she enjoyed so much that she began drawing wildlife. Pauojoungie and his family moved to the Cape Dorset community in the 1970s.

At Kinngait Studios she became inspired by the work of other graphic artists, and this is where her work became adapted for the print medium. Pauojoungie’s highly accomplished work is characterized by bold lines and blocks of ofen heightened colours. Her compositions are distilled to their essence, which showcases an intuitive understanding of the subject matter.