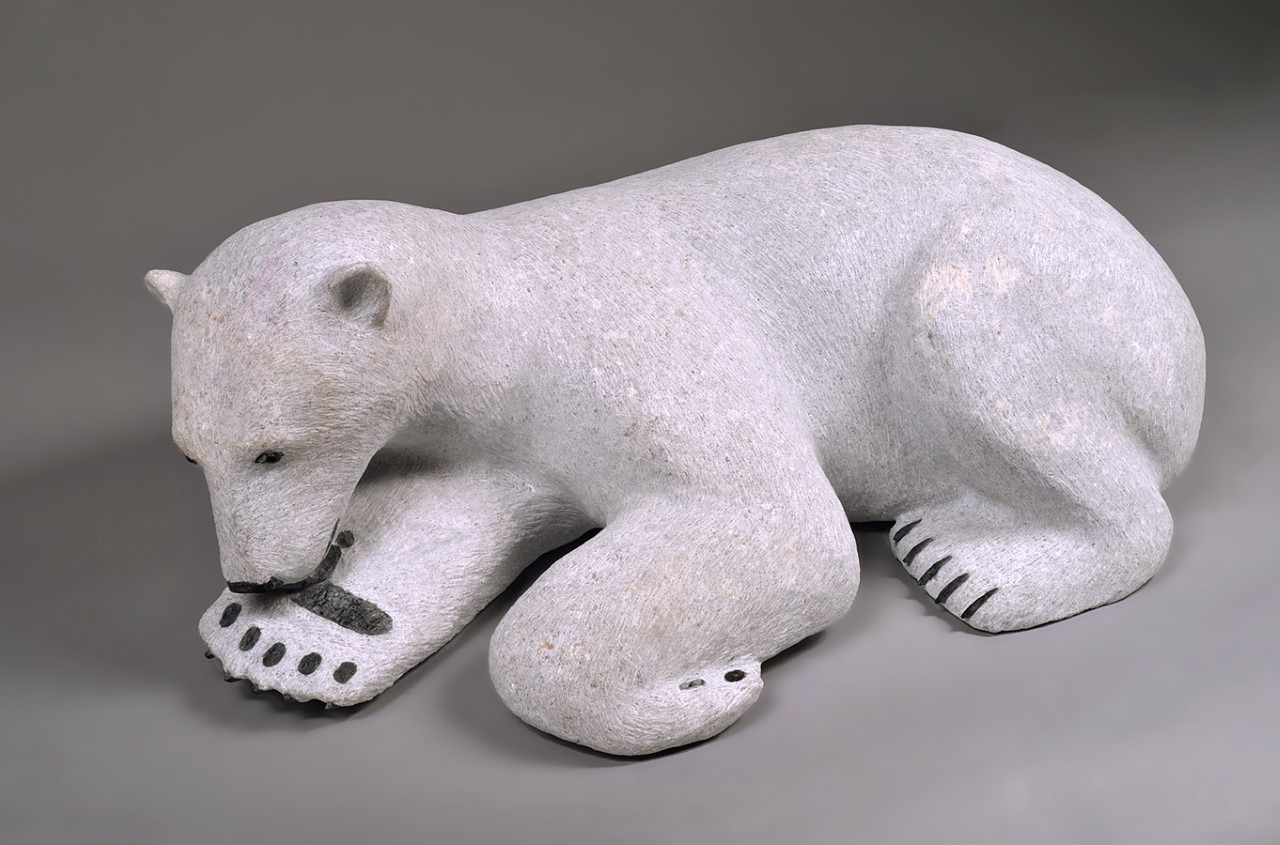 Paul was born in 1956 in an outpost camp near the community of Igloolik. He did his first carving when he was five-years-old. He learned by himself, by watching other people. “Mostly from myself. I’ve learned most things by hunting. By seeing what’s around me. When I hunt animals, I study them. All the animals that are around us.”Paul carves both animals and human figures. His spirited animals are dramatically posed and finely finished. “My carvings are all to do with the animals,” he acknowledges. “It’s the beauty of the animals that I’m trying to show, all the time.”

This talented artist’s work can be found in many private and public collections and is in demand at galleries across North America. He has had many prestigious commissions, including presentation gifts to prime minister Brian Mulroney and Jean Chrétien, and the governor general Adrienne Clarkson. When he is not carving, Paul also enjoys working with his dog team, hunting, and building things. “Just about everything. I like my life.”

Paul has taken a fatherly role in promoting the development of carving among local artists, through his role as teacher of the Arctic College sculpture course. His tutelage has fostered several artistic careers in the settlement, including those of his brother, Lazarus, and Jackie Milortok. Paul’s influence can be felt throughout contemporary Repulse Bay sculpture, in the attention paid to inlaid detail on bears’ paws or the careful inter-carving of legs on a hunter or animal. When asked if he has a favourite subject, Paul responds, “as long as it has something to do with carving, it’s my favourite.”
Presently, Paul Malliki is the most established and widely exhibited Repulse Bay artist, and one of few local sculptors to make his living entirely from his art.