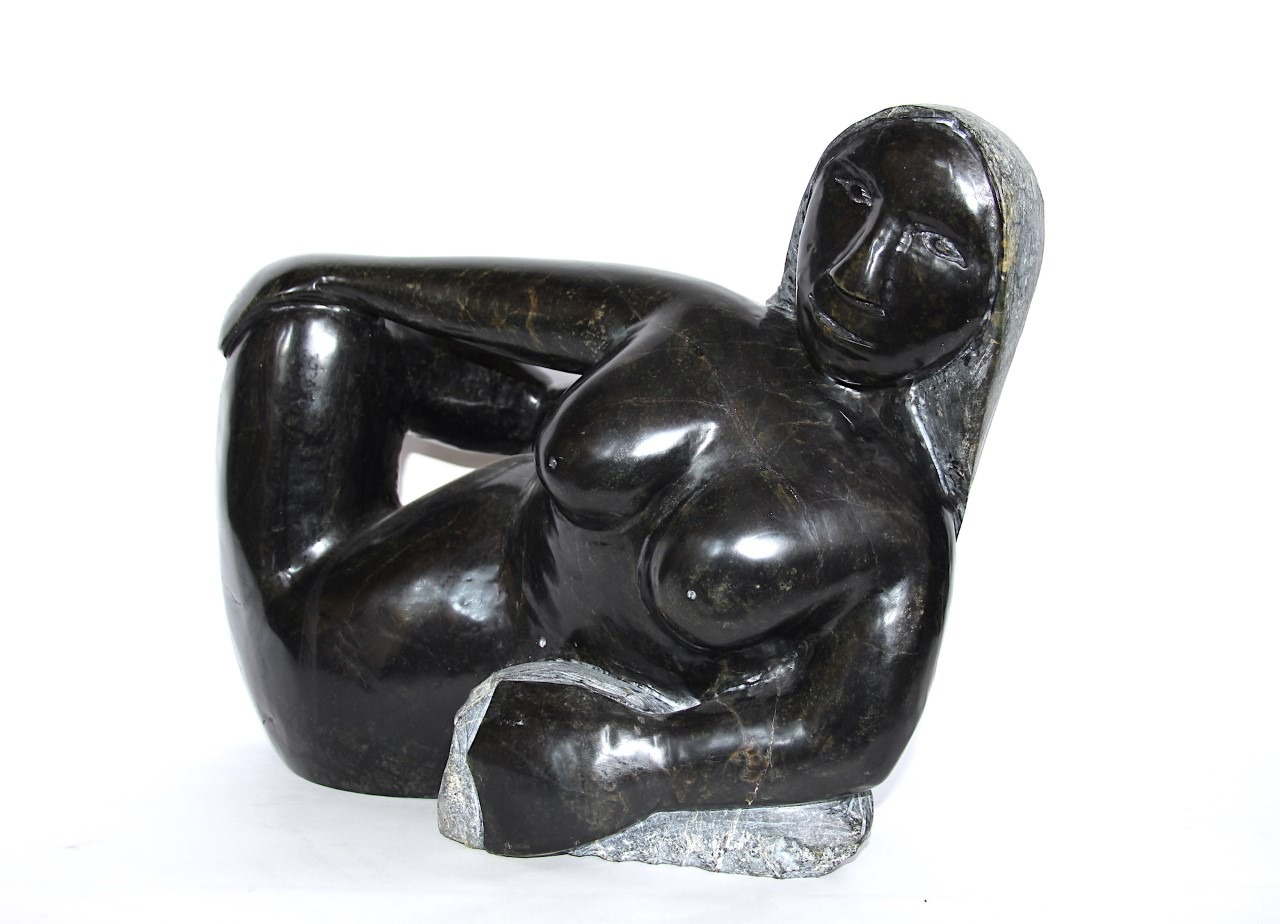 Oviloo Tunnillie (Oviloo; Ooveeloo; Ovilu; Ovilook; Tunillie) grew up the traditional way, in Kangia. In 1965, when she was only 14, she sold her first sculpture. Child of two artists, Sheojuk and Toonoo Tunnillie, she credits her father for teaching her to sculpt, letting her watch him: “At that time, I didn’t know I could sculpt, but looking at my father, Toonoo, I learned. I loved my father’s sculptures. From there I started to learn to sculpt, always noticing the beauty and the shapes of the rock ”.

Oviloo seriously began sculpting when she had children, in order to earn money to buy them milk. Although sculptors are generally men, Oviloo defies convention, and has forged an iconic career as a stone sculptor.

Oviloo’s work is conceptual and often reflects her memories of tuberculosis as well as her experiences in the South. It’s also intensely personal and deals with issues that many others might be reductive to portray, particularly those affecting women. She was also one of the few Inuit artists to choose the nude as a subject. The majority of her work depicts a woman (who is Oviloo herself, although she tries to disguise her).

Oviloo then returned to Cape Dorset after living and working in the South for several years.

Shortly after her return, she was diagnosed with ovarian cancer. During the last two years of his life in Cape Dorset, Oviloo was unable to work and succumbed to cancer.

After 30 years of exposure in Canada and abroad, she is considered the most accomplished sculptor of her generation. Elected to the Royal Canadian Academy in 2003, her works can be found in several collections, including the Canadian Museum of Civilization, the National Gallery of Canada, the Hermitage Museum, the Canada Council for the Arts and many others.