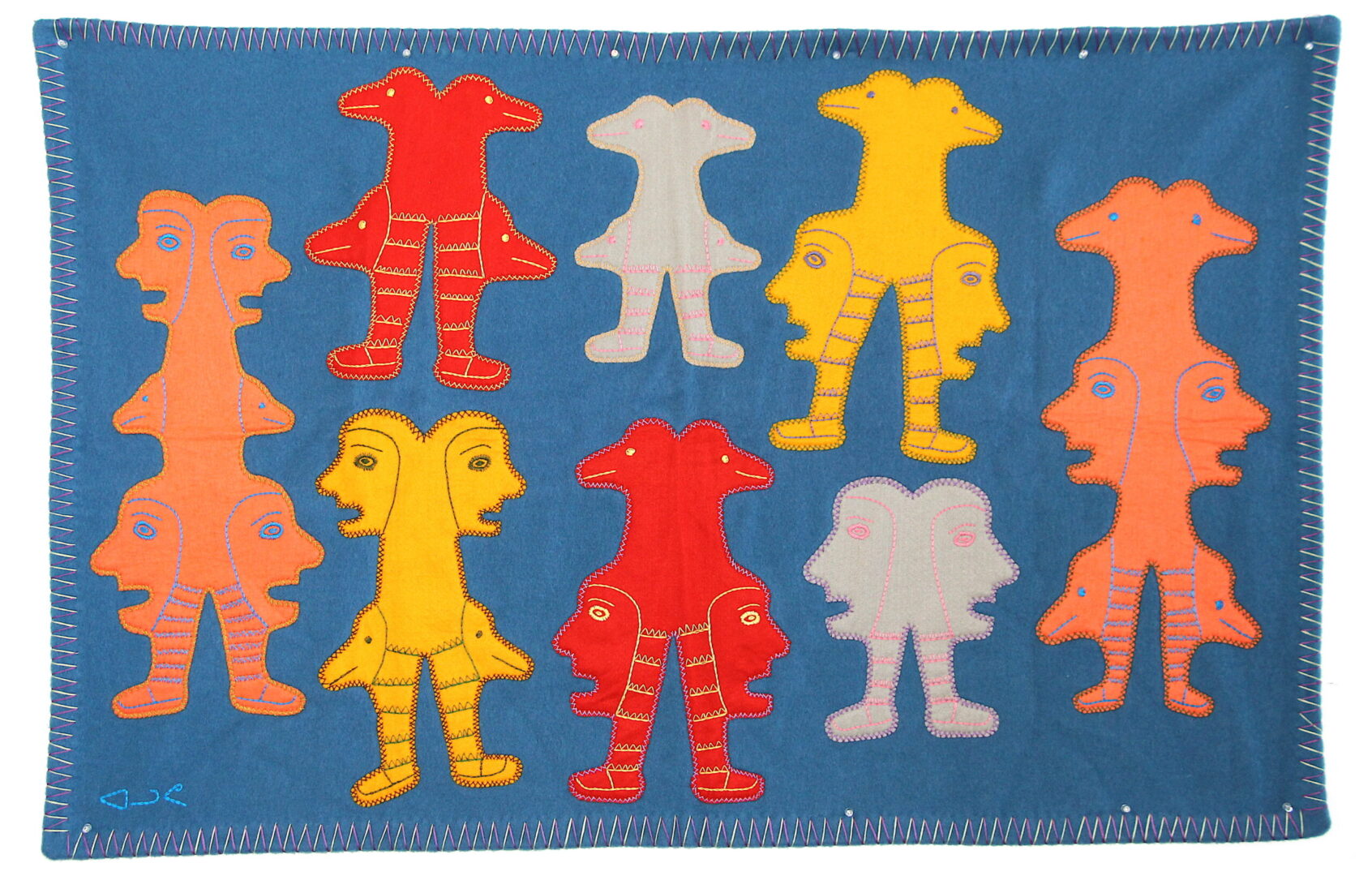 Marjorie Aqigaaq (1941-2010) was a Baker Lake artist who was particularly known for her wallhangings. The traditonal sewing skills she would use to make and decorate clothing for her family were skills that translated well in the art of wallhanging. She often depicted whimsical animals and spirits in her work.

Marjorie’s work has been exhibited in Canada, the United States and in Europe. Her husband, Mathew Aqigaaq, was a well-known sculptor. Her mother-in-law, the late Martha Ittuluka’naaq, was also a Baker Lake artist.